Peter Martin
Managing Editor; Dallas, Texas (@peteramartin)
Tweet Post Submit
Our newest Latin Beat column features contributions from Eric Ortiz Garcia in Mexico and Ernesto Zelaya Minano in Peru.
First, Eric tells us about the Ambulante documentary festival and presents his top five picks. Next, Ernesto shares news about two chilling trailers that have recently debuted, one for a horror picture (Poseidas) and the other for a thriller (Desaparecer).
Click through the images below to read (and watch) more! 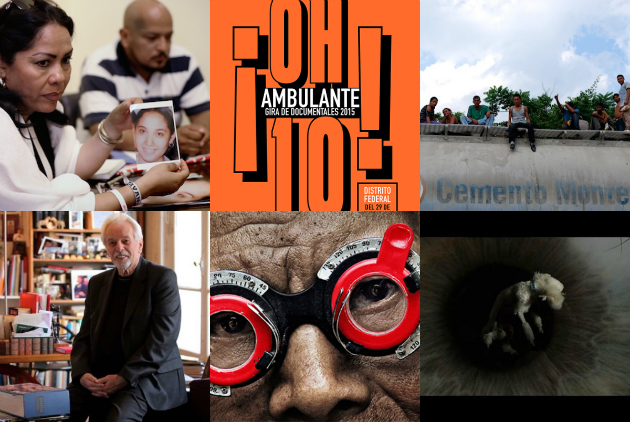 To celebrate ten years, Ambulante has put together a fine selection of new documentries from all over the globe. Here at ScreenAnarchy we highlight five docs that you shouldn’t miss once Ambulante reaches your town. Check them out below:

All of Me (dir. Arturo González Villaseñor, Mexico)
This Mexican documentary (also known as Llévate Mis Amores) manages to be a unique and very human perspective of the illegal immigration (from Central America to the U.S.) problem. Check my full review here.

Jodorowsky’s Dune (dir. Frank Pavich, US/France)
Jodorowsky’s Dune is finally having some screenings in Mexico, after its festival premiere at Mórbido 2014. It was the only documentary that made it to ScreenAnarchy’s official top 10 of 2014. I wrote the following back then: “Alejandro Jodorowsky’s failed attempt to bring the science fiction novel Dune to the big screen in 1975 makes for a truly incredible and moving documentary. Even if the Chilean director must recall the painful experience of not fulfilling a dream due to Hollywood’s lack of vision, there’s a lot of joy to share when talking about the time he shared with such legends as Dali, Orson Welles and Pink Floyd (not to mention the team of artists he brought together). Jodorowsky’s unique way of seeing Dune is perfectly displayed and, equally important, why this vision is still so relevant to cinema.”

Portraits of a Search (dir. Alicia Calderón, Mexico-US)
A forceful documentary on the victims of the Mexican Drug War, told from the perspective of their families, in specific the mothers. Read my full review here.

The Look of Silence (dir. Joshua Oppenheimer, Denmark/Finland/Indonesia/Norway/UK)
The companion piece to the brilliantly unique The Act of Killing is, according our own Jason Gorber (review linked below), another film for the ages by Joshua Oppenheimer. It’s definitely one of the few, true, must-see documentaries of the year.

The Visit (dir. Michael Madsen, Finland/Denmark)
A film that explores what would happen if an alien actually arrives on Earth. Looks pretty interesting. Watch the trailer here. 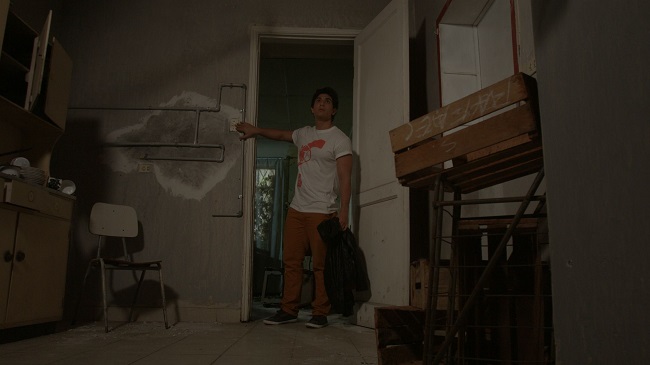 Now that they're proven audience-grabbers, genre movies are experiencing a revival of sorts in Peruvian cinema, alongside more serious, dramatic fare. Two upcoming films for 2015 unveiled their teaser trailers over the past few weeks; both films are due for release over the next couple of months.

The official synopsis goes like this: "The sole survivor of a haunting night in an abandoned house is interviewed on television about the extraordinary circumstances which led her and her group of friends to confront an evil paranormal entity."

Going by the teaser trailer, Poseidas moves away from the ever-present found footage format which has become a fad in homegrown horror films, so motion sickness is not an issue. The director has said in interviews that this is closer to the spirit of movies like The Shining or The Haunting (the original, not the bad CGI-infested remake).

This isn't Ventura's first stab at genre fare, having made 2011's serial killer thriller El Buen Pedro, as well as co-writing this year's La Entidad, probably the best out of the recent spate of "handheld camera"-style films. 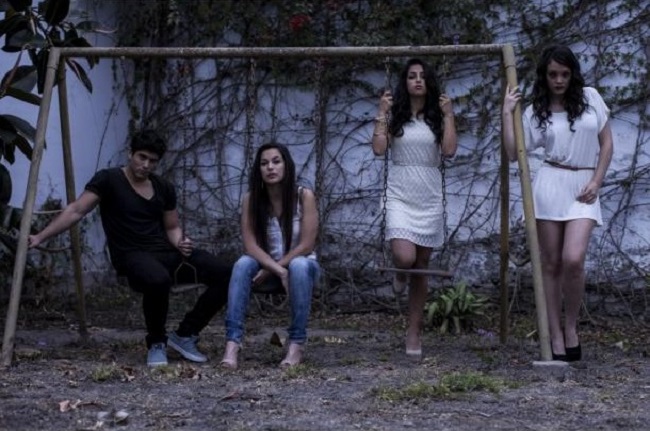 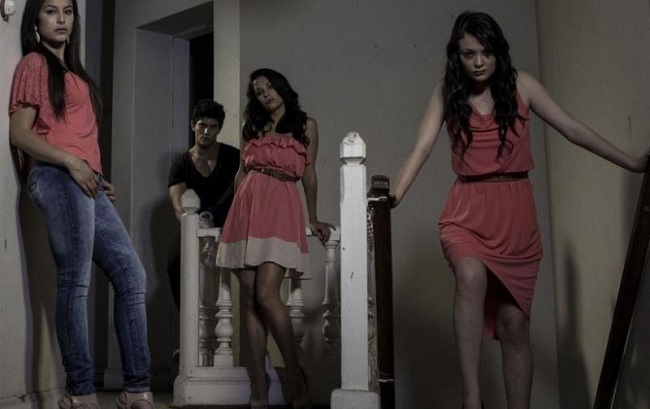 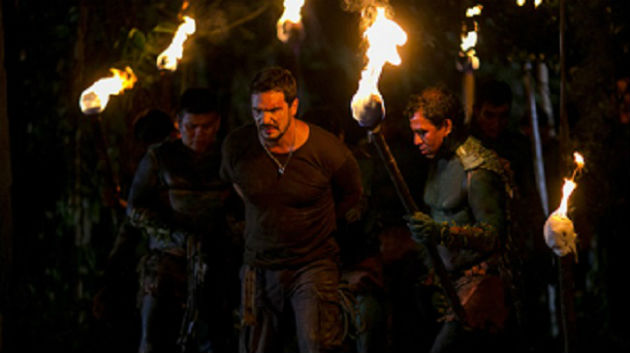 Director Dorian Fernández-Moris, along with production company AV Films, was responsible for the sudden shift in Peruvian cinema to horror and genre films with Cementerio General; now he's moving away from jump scares and things that go bump in the night to try his hand at an action thriller with Desaparecer.

Shot in Lima, Iquitos and Miami, the film follows a man investigating the disappearance of his environmental activist wife in the Peruvian jungle, getting involved with conspiracies and local folklore and myths. (Also see our article from last summer.)

This slick first trailer looks promising; the much publicized use of aerial drone cameras gives us some great aerial shots. Hopefully this will pave the way for more Peruvian action movies in the future, a genre which is rarely visited, most likely because of budgetary reasons. As this first trailer shows, you don't need a huge budget to make a movie look good.

Desaparecer opens nationwide in May. 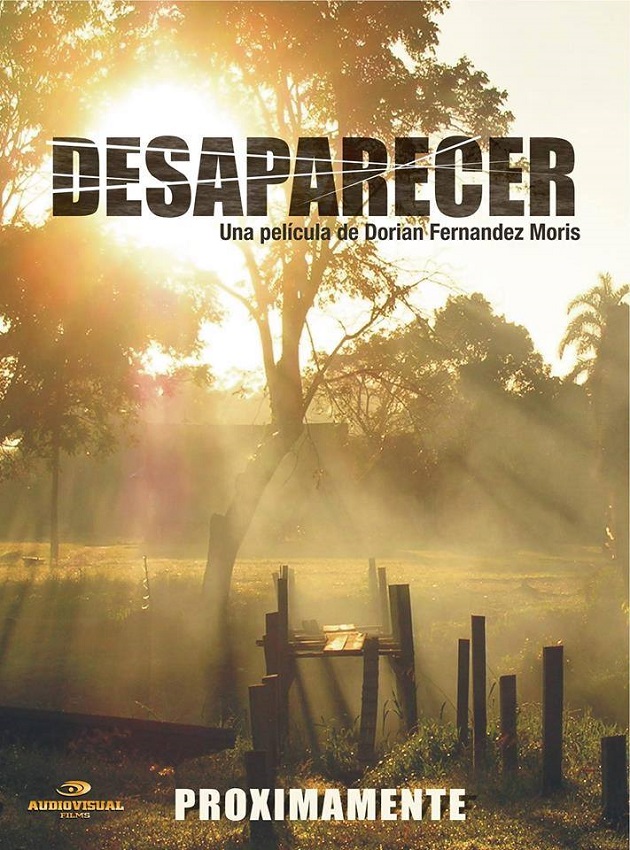