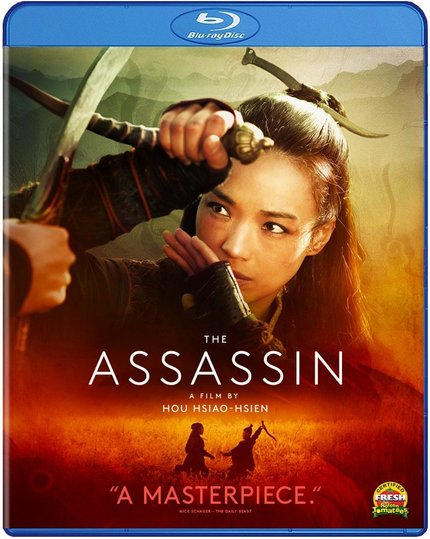 This time we have Hou Hsiao-hsien's critically acclaimed film The Assassin on Blu-ray from Well Go USA. The Assassin was named the best film of 2015 by the British Film Institute's Sight & Sound Magazine Poll, one of the most well-regarded and expansive polls of its kind. Well Go USA is distributing the film in North America and this week marks the release of the film on Blu-ray.

Our Ben Croll reviewed the film upon its premiere in Cannes 2015 and had this to say:

The Assassin [is] a uniquely difficult film to review. If your judging criteria asks what does the film set out to do, and how well does it do it, then the work is an unqualified success. At the same time, one cannot overlook that this is an extremely difficult text to engage with. Many will find it better suited as a studied bit of installation art than any kind of gripping cinematic experience, and they wouldn't be wrong. So, just, take note of that. I guess all there is to say apropos The Assassin is "head's up!"

I, for one, am very excited to finally watch a film that also landed on James Marsh's list as "far and away the best Asian film of the year."

If you're interested in winning one of three copies up for grabs, send an e-mail to josh [at] ScreenAnarchy [dot] net with Assassin Giveaway in the subject line and your name and U.S. mailing address in the body. Good luck! I'll close entries next Monday, February 1, and select a winner.

Ben Croll and James Marsh contributed to this story.