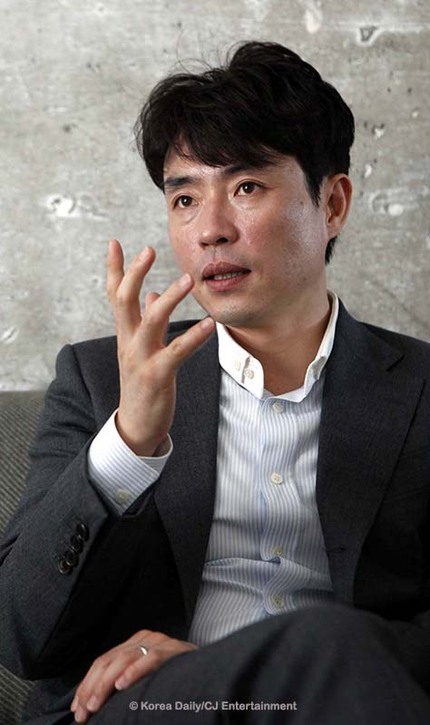 Following his internationally acclaimed actioner The Berlin File, director Ryoo Seung-wan's newest film, Veteran, has already broken box-office records in South Korea within weeks of its release. On the day of Veteran's US red carpet premiere, I had a telephone reunion with director Ryoo, who spoke about lightening up after the darkness of Berlin, Veteran's connection to the Lethal Weapon series, and the subliminal influence of James Cagney.


The Lady Miz Diva: Director Ryoo, you not only directed VETERAN, you wrote it, as well. What was the inspiration behind the story?

Ryoo Seung-wan:  I'm sure you would know, because you've been watching my films, but for the past few years, I've been too deeply into the dark world and dark characters, so I was a little tired of that. It was difficult for me to see the lead characters that I created, lose in the end. So, this lead character, that I cheered for; I wanted to see that character win. It was like a counter effect from The Berlin File, where I dealt with characters and a world that I wasn't familiar with, that was mostly dark; but with Veteran, I wanted to create a brighter world that I was familiar with and I wanted to gain that energy back.

I wanted to re-create the action movies that I grew up watching and rooting for and bring back that feeling and energy, and that is why I created Veteran.

LMD:  Compared to THE BERLIN FILE, VETERAN feels more like a relative of THE UNJUST and you also have Hwang Jung-min and Yu Hae-jin from THE UNJUST in this cast.  Did making this film feel like coming back to your old stomping grounds after THE BERLIN FILE?

RS-w:  Because of the casting, all the fans of my films asked if this was a sequel to The Unjust?  Veteran is totally opposite from The Unjust. The Unjust dealt with all this corruption, crime and power games. In The Unjust, they {the cops} kneeled down in front of them {the villains}; they could not win, they failed. But this time, we fight for it {victory over the criminals} with Veteran. It's like the flip side of the coin, The Unjust versus Veteran.  Veteran is like a joke against The Unjust.

LMD:  It's interesting that you say you wanted to depart from darkness with VETERAN, because I found Yoo Ah-in's character to be quite dark.  When we spoke about THE UNJUST, you told me you loved classic Hollywood movies and that both of us are really big fans of the actor James Cagney.  Was there a classic actor or character from those films you had in mind for the villain character of Jo Tae-oh?

LMD:  I'd wondered if any of Jo Tae-oh's crimes and debauchery were based on true life stories?

RS-w:  Basically, it all started based on the tips and information I got from detectives, cops and reporters. I heard a lot about situations they'd been through or they'd heard of. So, when I made this film, I was working more like a reporter or a spy rather than a filmmaker, so I kind of approached people who were close to this chaebol {super rich guy}.

Any people who were interested in Korean culture or Korean society would be able to access the information or research materials about this kind of incident, but what I was more drawn to was not these individual incidents and crimes, it was more about the system that Korean society has that makes incidents like this keep happening.
So, rather than the incident itself, what actually happened, I started looking into the people who were related to this incident; what type of people they are? I wanted for the audience after watching the film to kind of not be able to tell whose story this is, who this movie was targeted to, but they could all end up feeling that it was about all of them.

I'm very delighted that you talked about James Cagney, and that you were reminded of his movies, and I totally forgot about that, but you totally touched my unconsciousness, so I'm glad about that.  When I dealt with this character that Yoo Ah-in played, I wanted to touch base more on the system that made him into a villain, instead of him just being a villain. Of course, the films of Edward G. Robinson; his villains have their own character, they really focus on the character, but when you look at James Cagney's movies, you can tell how his villains were formed; how they are affected by their surroundings.

LMD:  I think a lot of fans will be surprised by Yoo Ah-in's portrayal as the ruthless chaebol.  I felt like his portrayal is just a heartbeat from going over the edge, but then balances beautifully. This is your first time working with Mr. Yoo. Did you let him freely interpret, or did you have a set vision for that character in mind?

RS-w:  He was more interested and active in expressing this villain character. We were more like supplementing each other rather than one guiding the other. So, if I wanted like one thing from Yoo Ah-in, he would return with two, then after receiving two, then I would want to give him three. Yoo Ah-in joining our film made our film much richer.
Going back to James Cagney, Yoo Ah-in's character being like a boy made this character even more special.  If you watch James Cagney's movies, his characters have this childish side; Yoo Ah-in doesn't have it, so that's what makes it even more scary. It's something that not even Lee Marvin can make.

LMD:  Of course we must talk about the film's action sequences: How much of that car chase was really racing cars through Seoul and how much was movie magic? Talk about the logistics of shooting that scene on the streets?

RS-w:  In fact, all of the scenes were real; there was no CGI in the car chase and a lot of scenes were really acted by the actors. So Yoo Ah-in driving at the end in the car chasing shot, we didn't actually use a green screen; he was actually driving. Something that surprised people, was that we had two used Mustangs that we filmed everything with - this is a secret that I'm telling you, only you - we actually sold one of the cars! {Laughs} After some repairs, we were able to sell one of the cars.
LMD:  So, you were so careful in arranging the car chase that there was very little damage done to the second Mustang? That's one way to keep down the overhead.

RS-w:  We shot with one car that had to be completely salvaged, but the other car that we had as a backup, that's the one that we sold. So in the car chase scene where we had a motorcycle chasing the car; while we were filming that scene, we had a major accident where the stuntman suffered an almost fatal injury. We quickly moved him to the emergency room and he's now fully recovered, but this one thing I cannot forget: Right after he regained consciousness in the hospital, he looked into my eyes and said this, "Is the shot okay?" So, the scene that you see during the car chase, that was shot by the stuntman.
So, this Mustang, I'm sure all the film lovers will be able to catch this reference that I had in the movie, the Mustang was actually meant to look like the one from the Steve McQueen movie, Bullitt. I couldn't find the classic model car from the original movie, so I had to replace it with a more modern, contemporary model.

LMD:  You've become so well known for your action in films. As you make more films, what are the challenges now of presenting something exciting? How do you dream up new action sequences for your films?

RS-w:  It's so difficult and so hard every time I shoot a film. But I keep challenging myself because I have this reliable partner, {action choreographer and martial artist} Jung Doo-hong. As time goes on and we progress, I've learned how to push this guy more. I think about how to more effectively push this guy for the action sequences.
LMD:  I understand you've committed to a couple of sequels for VETERAN?  Will it follow Hwang Jung-min's team on a separate adventure, or will it bring back the bad guys from this film?

RS-w:  First of all, I love those police series movies. Out of all of so many police movies, my favorite is absolutely Lethal Weapon. So throughout the {Lethal Weapon} series, this movie had everyone remain the same, including the staff, cast, director; none of them changed.  So, I don't have a plan to hand this series over to anyone else, and I wish the actors and talent would stay with me and grow through this series. So one thing I can promise you is that in this sequel, all the team from the police department will appear, but I cannot promise you that everyone in this team will be in good condition. I think they might break into parts because of this incident in Veteran, but they will fight their way back to be together again, to be a team once again.
LMD:  Well, if you're making more VETERAN sequels, I demand that Miss Bong gets her own movie. I want a female protagonist; it's been a long time since NO BLOOD NO TEARS.

RS-w:  {Laughs} I believe Miss Bong can play a bigger part. I don't know, I'm not sure but maybe in the sequel, or in the third series, I think you can see Miss Bong getting married with Detective Wang.
LMD:  Speaking of veterans, when you have cast members like Hwang Jung-min, Yoo Hae-jin and Oh Dal-su, who are such pros that you've worked with before, how much directing do they actually need?

RS-w:  Working with those guys makes me feel like I'm doing kind of like bankers' work; very simple clerical work, because these people are very comprehensive and they always create something better than my intention, all I have to do shoot the best one. These people are not like good-looking models waiting for the director's direction; these are true creative artists. What makes me really happy just looking at them acting, is that their acting so great that I'm so happy that I'm the first audience to watch them.
LMD:  Is the VETERAN sequel the next project?

RS-w:  I don't think this will be my very next project. I still haven't decided whom these guys will fight again. Currently, I'm working on the sequel to The Berlin File, I'm writing the script.  I think we are on track for release next year.
My next movie will be about this island called Hashima Island in Japan. During the Second World War, there were Korean people that were taken to this island and forced to work. This movie will be about these people escaping this island. Hashima Island was just listed as a UNESCO World Heritage Site. So my next move will be this movie about this island, and the sequel to The Berlin File, and then the sequel to Veteran.

LMD:  Does the film about Hashima Island have a title and a release date yet?

RS-w:  There is no English title set, yet. We're going to start filming next summer, we don't have a release date yet. Then I believe it'll come out two years later, in the following summer.

Do you feel this content is inappropriate or infringes upon your rights? Click here to report it, or see our DMCA policy.
action comedyHwang Jung-minKorean CinemaOh Dal-suRyoo Seung-wanVeteranYoo Ah-inYoo Hae-jin