Rotterdam 2015: What The Audiences Liked Best

Years ago, there was a time when the coming of the International Film Festival Rotterdam annoyed me. All my favorite cinemas were taken over by this event, replacing the blockbusters I wanted to see with arthouse fare. It took me a few years to discover that not only was arthouse fare not necessarily bad, there were actually plenty of crowdpleasers playing at the festival, films from Japan and Korea I had never heard of, but which turned out to be absolutely kick-ass and aimed at a regular-Joe audience.

Most films playing at the festival get rated by their paying audiences, and I've learned to heed these ratings. Sure, plenty of my favorites have gotten low scores in the past, but it's rare that I disagreed with a high one.

This is how ratings work: before public screenings, audience members are given cards with the numbers one (bad) to five (very good) on them. When leaving the venue, all you need to do is pull a small tear in the card at the rating you want to give. These cards are collected at the exit, sorted, counted, and the mean end score calculated.

Any film ending up with a rating around 4 (out of 5) can be safely seen as a crowdpleaser. There will always be people who hate a film and give it a "1", so you can imagine how many "5" voters you need to pull the mean average up to the level of 4. For the same reason, getting an average of 4.5 or higher is pretty amazing, when you think about it.

And this year, like last year, there are a whopping nine films reaching the 4.5 mark. Five of those are dramatic narratives, four are documentaries. The International Film Festival Rotterdam has caught a lot of criticism in recent years for its programming strategy, but this year's choice of going for a smaller program apparently hasn't harmed the overall quality of the top 20 any.

Of course you can always question the scores, as they are arbitrary by nature. Introductions by funny directors or gorgeous actresses obviously influence audiences, and help get ratings up. And any film taking place in, shot in, or made by people living in Rotterdam itself can count on a warmer reception, as the entire cast, crew, friends, family and neighborhood will in all probability be inside the venue. Nevertheless, getting a high score isn't easy and can never be taken for granted.

So without further ado: here are the twenty films which got the highest audience ratings of them all. Enjoy, and chime in about your favorites (or non-favorites) in the comments! 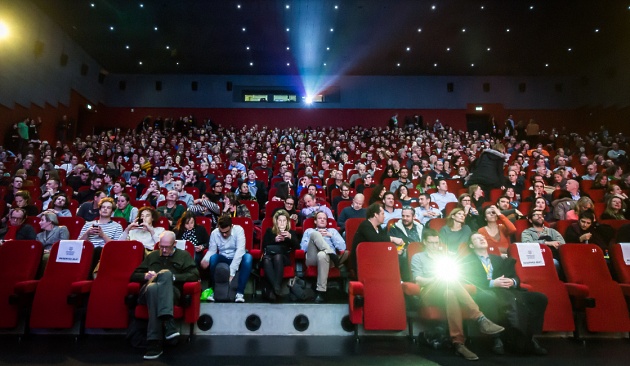 Here you see the audience for the public opening of the festival, ready to see their first film and cast their first votes.

And what did they vote into this year's top-20? Click on the edge of this picture to get the next one, and browse through the gallery to find out..

(The opening night audience picture here is used with permission by the IFFR 2015, and is copyrighted by photographer Nichon Glerum) 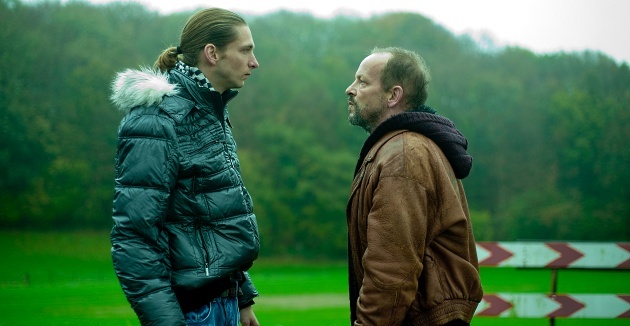 Remy van Heugten's father-son drama takes place in a neglected and impoverished province of the Netherlands, and this gives the film a special atmosphere. And a special mention must be made of the brilliant acting by its leads. You can read my full review here. 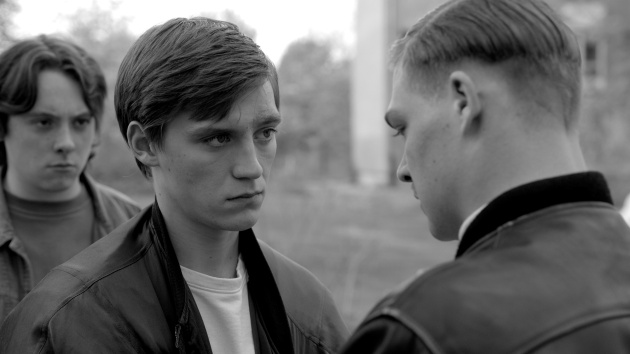 In August 1992, Germany saw the worst anti-immigrant riots since the second world war, as neo-nazis attacked a refugee shelter in Rostock while thousands of onlookers cheered them on. This film shows the day leading up to that event, as seen from the point of view of right-wing extremists, the mostly Vietnamese refugees, and local politicians.

In Jan-Willem van Ewijk's film, a young Moroccan fisherman dreams of building a new life in Europe, and tries to cross the Atlantic on a surfboard. Made by wind-surfing aficionados and starring champion Fettah Lamara, the ocean shots are said to be stunning.

A father sees his skiing holiday turn into a version of Joseph Conrad's Lord Jim when he flees for an avalanche, leaving his family behind but taking his cellphone. Thankfully the disaster turns out to be a false alarm, but the act of cowardice gets everyone thinking...

Ruben Östlund's film was a hit (and a ScreenAnarchy favorite) at many festival's already, and it can add its appearance in Rotterdam to its successes. Check out Ryland Aldrich's very positive review. 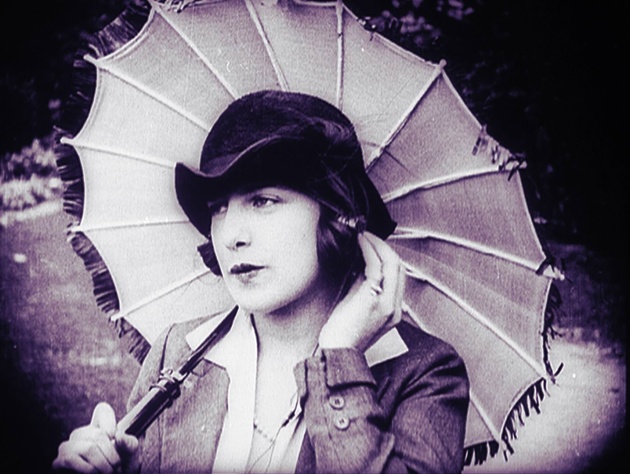 An Austrian montage film, edited entirely from historical film footage from the years between 1890 and 1930, Dreams Rewired discusses current issues as being timeless. Described as an avant-garde experiment, this world-premiere was a surprise hit with the Rotterdam audiences. 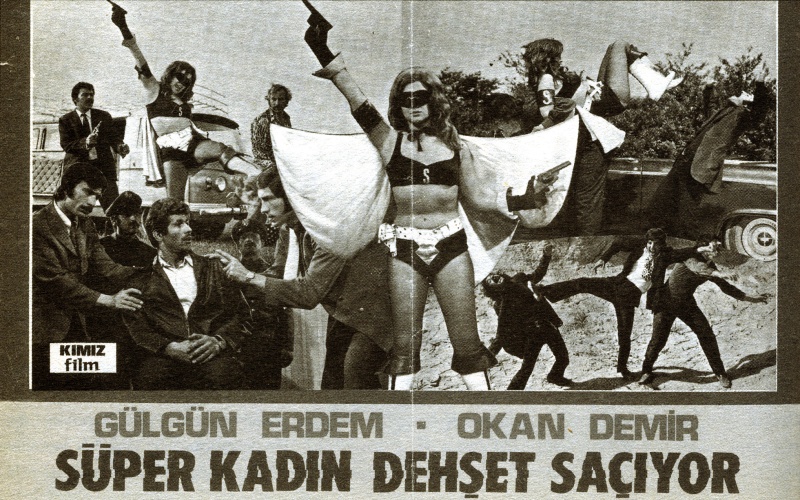 There sure was no shortage of great documentaries about film in 2014, and here is another one: Cem Kaya's film covers Turkish B-movie cinema, and especially the copy-cat kind which spawned such classics as Turkish Star Wars. Sounds like a must-see! 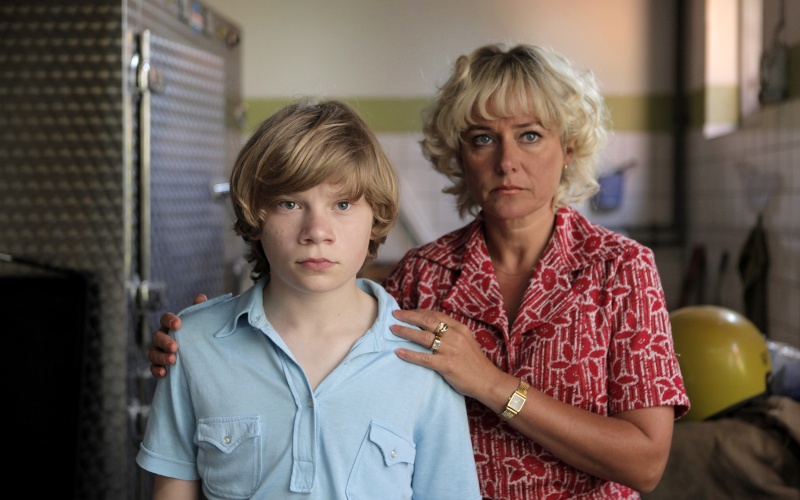 When a teenage boy's mother suddenly dies and he can't depend on his devastated family for emotional support, he starts dedicating himself to the sport of speed-walking, and the sport of checking-out-the-opposite-sex. Niels Arden Oplev's film plays in 1976 Denmark, and has been called heartrending, but also dryly comical with a great attention to the funnier period details. 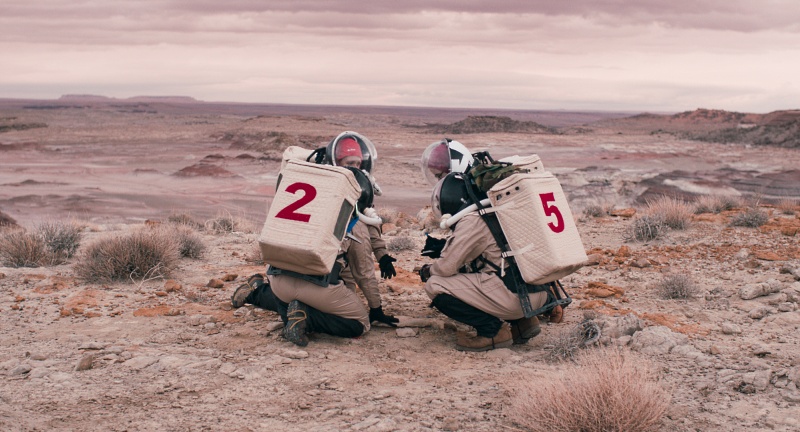 Quoting the festival catalog: "A couple who live in an underground tunnel in Las Vegas. A lonely guy who survives in the Californian desert. A girl who seriously plans to move to Mars. All of them are inhabitants of today’s world, both apocalyptic and brand-new. A mind-blowing and super-cinematic exploration of contemporary existence."

Ehm... right. What is particularly mind-blowing though, is that these are not made-up characters. Nicolas Steiner's film is a documentary, and judging by audiences a damn gripping one too.

Everyone who saw it in Rotterdam kept saying how beautiful it is, yet its subject certainly is not: in Abderrahmane Sissako's film, you see how religious extremists try to destroy the local cultures in the famous Mali city.
Check Jason Gorber's rave review! 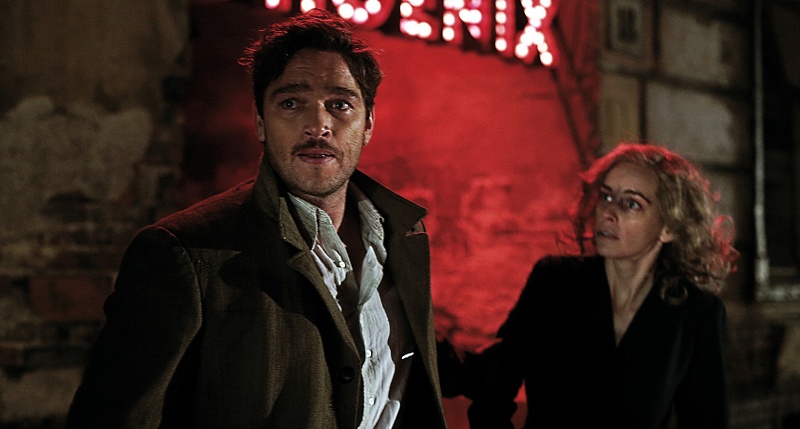 In Christian Petzold's dramatic thriller, a woman flees from a concentration camp during world war two, but has her face deformed during the attempt. After the war (and some plastic surgery) she returns to Berlin with a new face and a new identity. She befriends her husband, who doesn't recognize her, and she tries to discover whether he was the one who betrayed her to the Nazis. 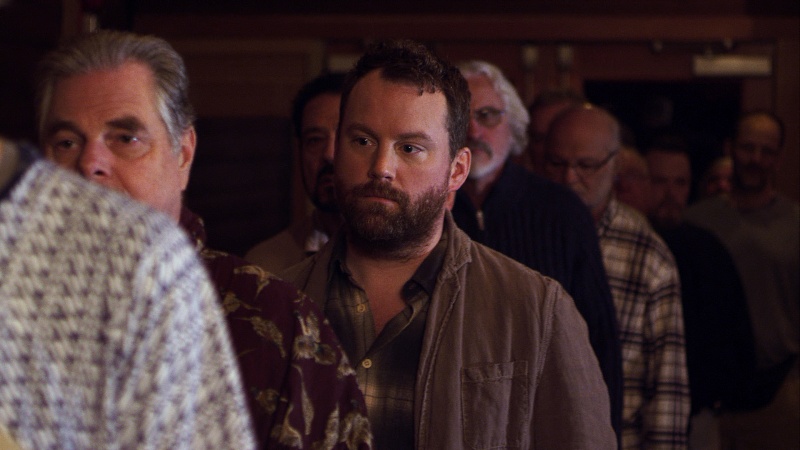 In this Canadian "mockumentary" by Mark Sawers, we see a what-if world where, for decades already, women have decided to only have daughters. Sawers shows a reservation for old men, we follow the youngest man alive (he's 37) for a while, and we see archive footage where sex and wars are forcefully ended, and men are becoming extinct. 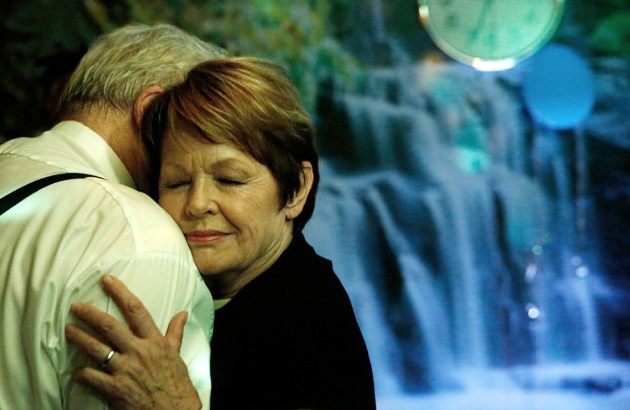 Danish director Michael Noer's drama won the Big Screen Award this year, meaning there is a good chance this film will get a wide release. In the film, we see an old woman taking care of her severely handicapped husband in a nursing home, but things get complicated when she falls in love with one of the other residents.

Romanian director Alexander Nanau has made a documentary in which he follows three kids (aged 10, 14 and 17), living in a Bucharest drug den while waiting for their mother to get back from prison. Andreea is the middle one, and the only person trying to keep everything together and everybody healthy. 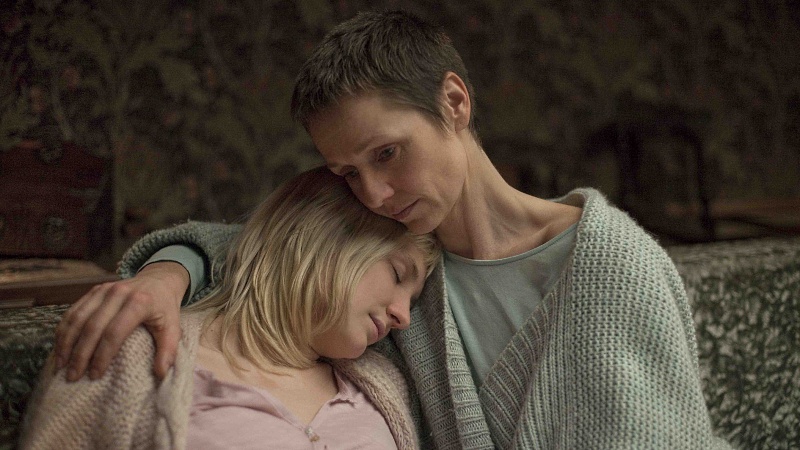 In Belgian director Bernard Bellefroid's film, a homeless woman (the titular Melody) agrees to become a surrogate for Emily, an older wealthy businesswoman. To make sure the unborn baby is kept safe, Emily has Melody living with her during the pregnancy, but the two women unexpectedly develop a very strong mother-daughter bond between themselves. 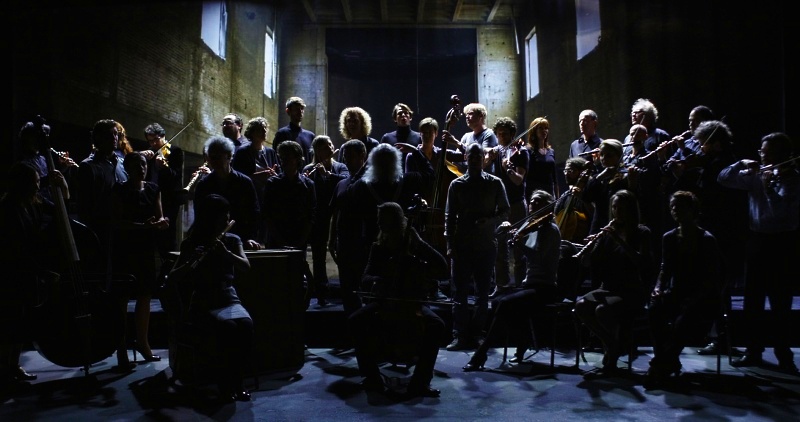 Ramón Gieling's documentary is about the impact Bach's music has on people, and shows several renditions of the "Erbarme Dich", one of the most beautiful parts of Bach's Matthäus Passion, by choirs, celebrities, and homeless people. 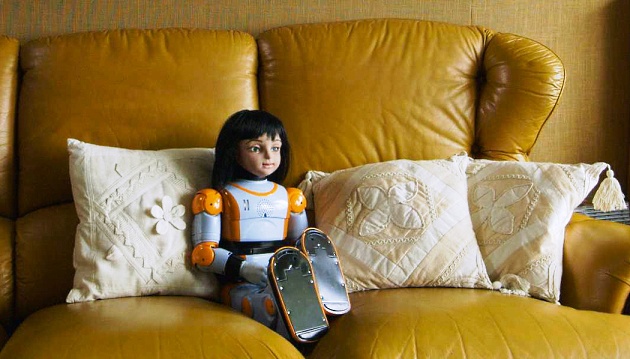 Sander Berger made a documentary about three lonely elderly people who are part of an experiment in which they get visits from Alice, a care robot. While Alice only has automated replies, the people "she" visits soon get used to "her" and talk to "her", sometimes for hours on end. Alice records sound and vision for analysis, and the film shows a lot of this material. It also includes discussions with experts about whether or not this is the future of (mental) healthcare. 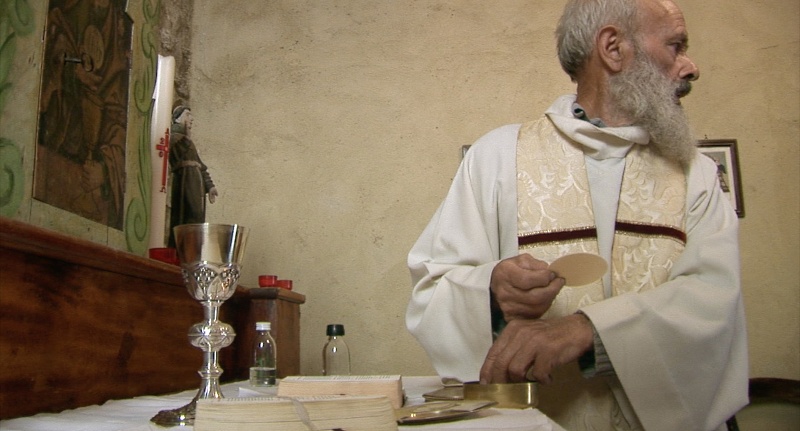 In this nearly three-hour-long documentary, we see a very old Dutch pastor taking care of his people. Quoting from the IFFR catalog: "For six years, Peter van Houten filmed his protagonist Jean-Marie to show how this pastor - now in his seventies - maintains the church life of 25 villages deep in the French Pyrenees." 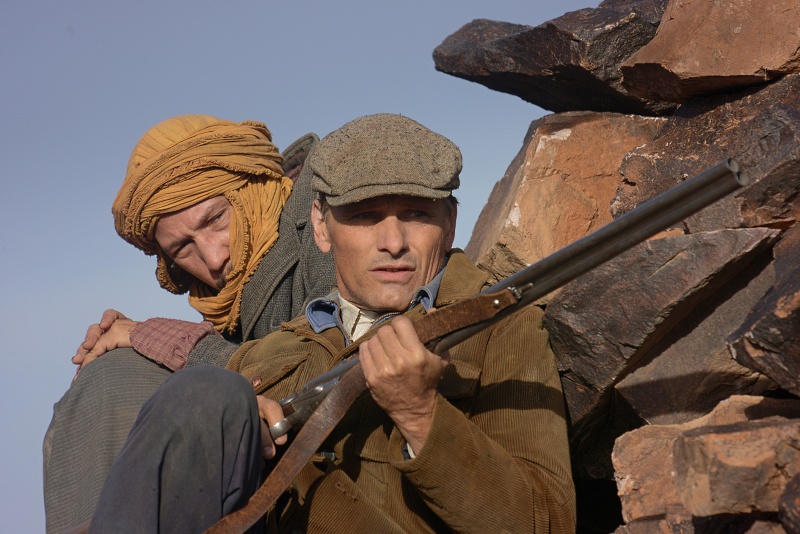 Basically a western taking place in the North-African Atlas mountains, David Oelhoffen's Far From Men combines a story by Albert Camus, acting by Viggo Mortensen, and music by Nick Cave. And the mix is all good.
You can read my full review here. 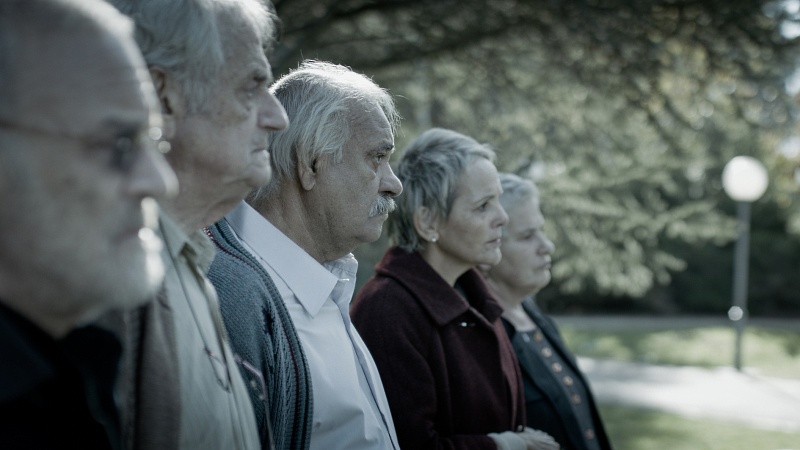 This film already won the audience award in Venice, and nearly it won Rotterdam as well. In directors Sharon Maymon's and Tal Granit's film, we see an old couple set up a self-euthanasia service for their suffering friends. It's an activity which is not without risk or ethical issues, and the film treats the subject seriously, though apparently with some levity at times. 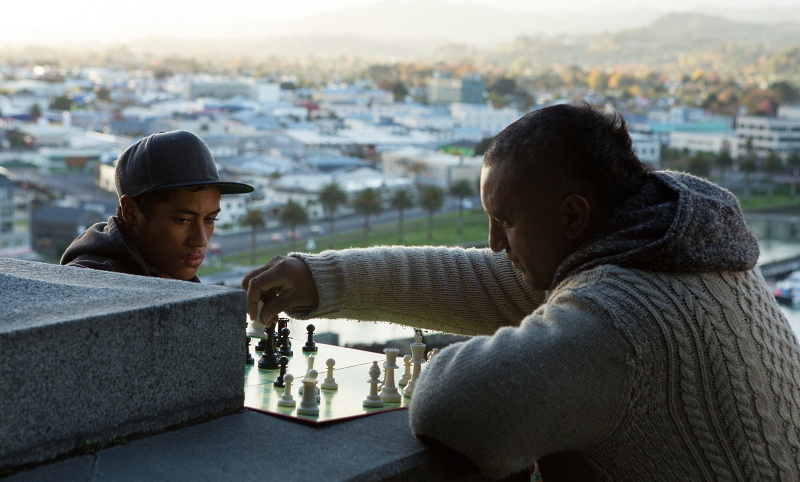 Scoring one of the highest scores ever in the audience polls, James Napier Robertson's The Dark Horse tells the true-life story of Genesis Potini, a man in New Zealand who suffered from bipolar disorder, but spent all his life trying to teach disadvantaged youths how to better cope with their problems. To do this, Genesis used chess, an extremely hard activity with his condition, and on top of that he often butted heads with authorities and organized crime.

I've heard nothing but praise for it during the festival, but never quite managed to fit it into my schedule, for which I now feel stupid enough to kick myself.

More about The Dark Horse