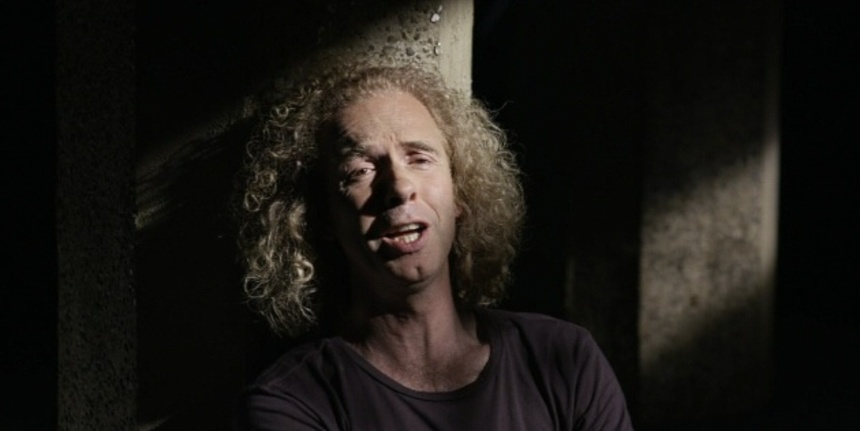 A documentary about classical music does, on paper, not seem to be a crowd-pleaser. Yet Ramón Gieling's Erbarme Dich - Matthäus Passion Stories was one of the big surprises at this year's International Film Festival Rotterdam, becoming one of the highest-rated films by audiences and critics alike. It also got a theatrical release, something pretty unusual for a Dutch documentary, especially one planned to be released on DVD mere weeks later.

Then again, Erbarme Dich - Matthäus Passion Stories may not actually be a documentary. Despite its title, it doesn't tell you much about the 'Matthäus Passion', or its composer Johann Sebastian Bach. It doesn't show the history behind the piece, and it doesn't tell the story of Christ. While the film sometimes briefly reflects on these things, they never become its main subject. Because the main subject here is sadness, and how sad music helps us to cope with it. And Bach's 'St Matthew's Passion' happens to be one of the saddest and most beautiful pieces of music ever created.

For those who don't know it: Bach's 'St Matthew's Passion' is a three-and-a-half hour retelling of the death of Jesus Christ (as decribed by Matthew), set for two choruses and two orchestras. Even among lovers of classical music in general, and Bach in particular, the 'St Matthew's Passion' is considered to be pretty hard-core, and quite a sit. Its subject is heavy, its approach leaden, yet it is sprinkled with many moments of brilliance and beauty.

In Erbarme Dich - Matthäus Passion Stories, director Ramón Gieling shows the impact this piece of music has on people, and by way of video-thesis offers an explanation why. The film shows interviews with many people, both within the music industry and outside it, having them tell what the 'St Matthew's Passion' meant for them. You hear stories about music being a balm for the soul, about its healing capacities, and questions about the aesthetic qualities of grief. You hear people lauding the music and its sentiments, even though they struggle with faith. Conductor Pieter Jan Leusink and soprano Olga Zinovieva tell about some of the sacrifices they had to make to get where they are, and what it means for them to conduct or sing Bach on that level.

Thrown in are snippets of everyday news, together with re-enactments of some of the stories told. You see a couple making love, accompanied by Bach's music and a woman shrieking in the background. In some of the most haunting scenes, you see the 'St Matthew's Passion' being rehearsed by professionals, in an abandoned and dilapidated factory hall in Amsterdam. Meticulously shot and arranged by cameraman Goert Giltay, these segments have a classic visual beauty, especially when the musicians are joined by a choir of homeless people, with hardship and decay clearly visible on their faces and in their drab surroundings.

So we get talking heads, peeks at lives, beautiful music, theories, and the odd acted scenes. At times this approach makes sense, at other times it is baffling. When pieces click together as in a jig-saw puzzle, the film is truly beautiful and poignant, but when they don't, it sometimes smacks of an arty pretentiousness.

But when all is said and done, Erbarme Dich - Matthäus Passion Stories literally ends on a high note, with a rendition of the titular "Erbarme Dich" by the famous counter-tenor Sytse Buwalda. Bits of this piece of music have been mentioned during the film, but finally hearing it in full, performed with such goosebump-inducing excellence, is unlikely to leave anyone unaffected. And at the International Film Festival Rotterdam, this is what people probably still had in their minds when they gave back their ballots, and gave this film the fantastic score it got: a whopping 4.5 out of 5.


(Erbarme Dich - Matthäus Passion Stories) is currently finishing up its theatrical release, and is also available on DVD and Blu-ray.) 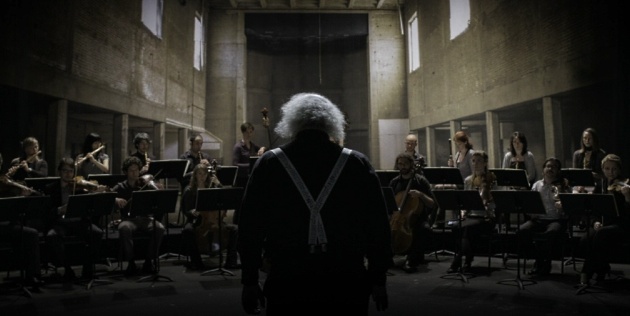