James Marsh
Editor, Asia; Hong Kong, China (@Marshy00)
Tweet Post Submit
While the first half of 2014 produced a number of genuinely impressive Asian films, including The Tale Of The Princess Kaguya, The Raid 2 and Black Coal, Thin Ice, the second half of the year felt a little lacklustre to me. A number of potentially high profile titles, like Sono Sion's Tokyo Tribe, Miike Takashi's Over Your Dead Body, Ning Hao's Breakup Buddies and John Woo's The Crossing failed to make a connection with me. I have also yet to see a few potential candidates, including Ann Hui's The Golden Era, Kim Han-min's Roaring Currents, Jiang Wen's Gone With The Bullets and Lou Ye's Blind Massage.
However, that is not to say that the back end of 2014 was completely without merit. Below you'll find a list of nine Asian offerings that I did enjoy and felt were worth singling out for individual praise.
You can find my list of Asian favourites from the first half of the year here. 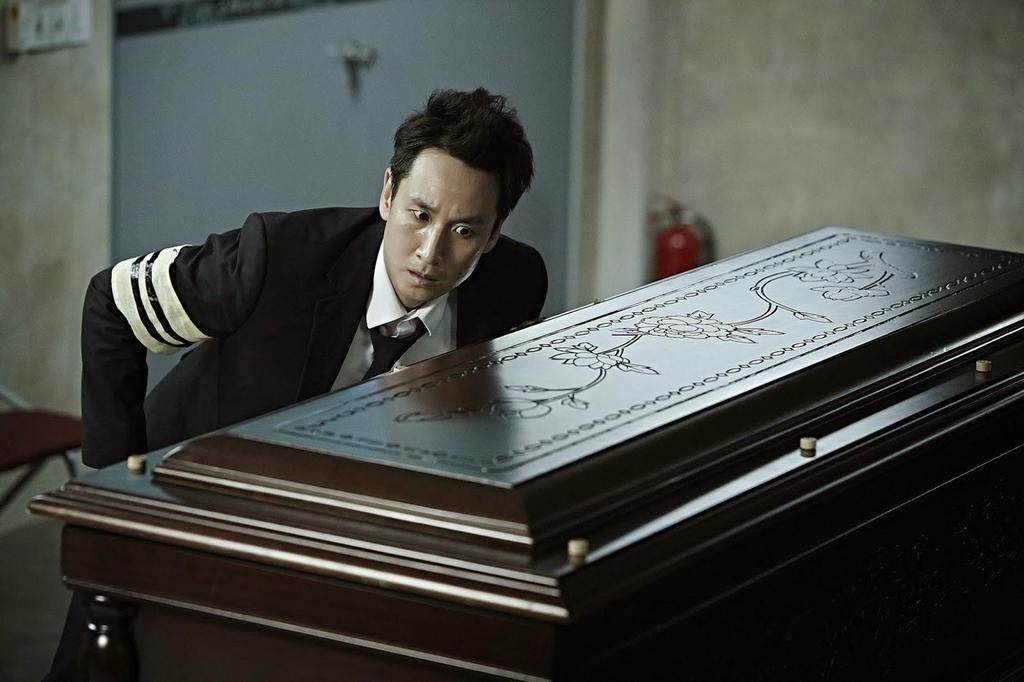 I have a real fondness for “very bad day” movies in which generally uptight protagonists are completely unravelled by a string of increasingly ridiculous and preposterous circumstances. Well they don’t come much more uptight than Detective Geon Gee-soo (Lee Seon-gyun), who knocks down a pedestrian on the way to his mother’s funeral, and things just get worse from there. Director Kim Seong-hoon’s script has a welcome thread of pitch black comedy throughout which helps sell the accumulating schadenfreude beautifully. While events unfold over a couple of days, somewhat negating the film’s disappointingly generic title, and it increasingly resembles a typical South Korean revenge thriller in the final third, A Hard Day takes us on a hell of a fun ride getting there. 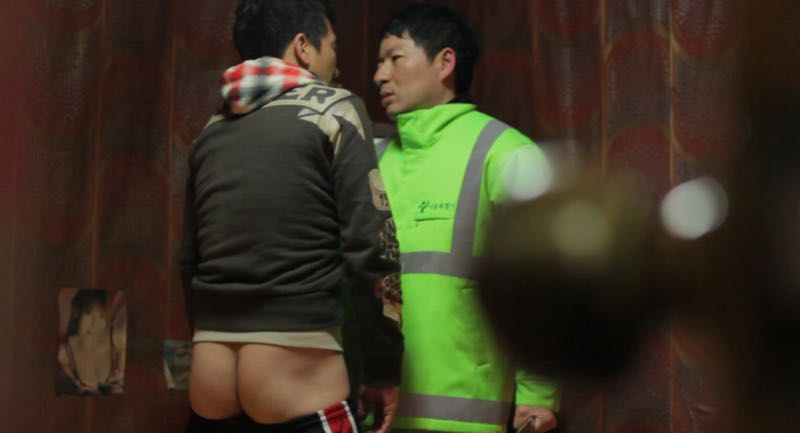 The landscape of South Korean indie cinema can be a pretty bleak and uncompromising place at times, a condition perpetuated by the unflinching directorial eye of Lee Sang-woo. The hugely prolific filmmaker paints an ugly picture of his home country, where an outdated patriarchy and rampant misogyny pervades daily life, leading to battered relationships, shredded egos, splintered states of mind and ultimately explosive acts of ugly violence. I Am Trash tells the story of three very troubled brothers who are reunited on the day their pedophile father is released from prison. Unrepentant of his crimes, this vile excuse for a human is again unleashed into society, and the outcome is predictably abusive, uncomfortable and unhinged - for audiences and characters alike. 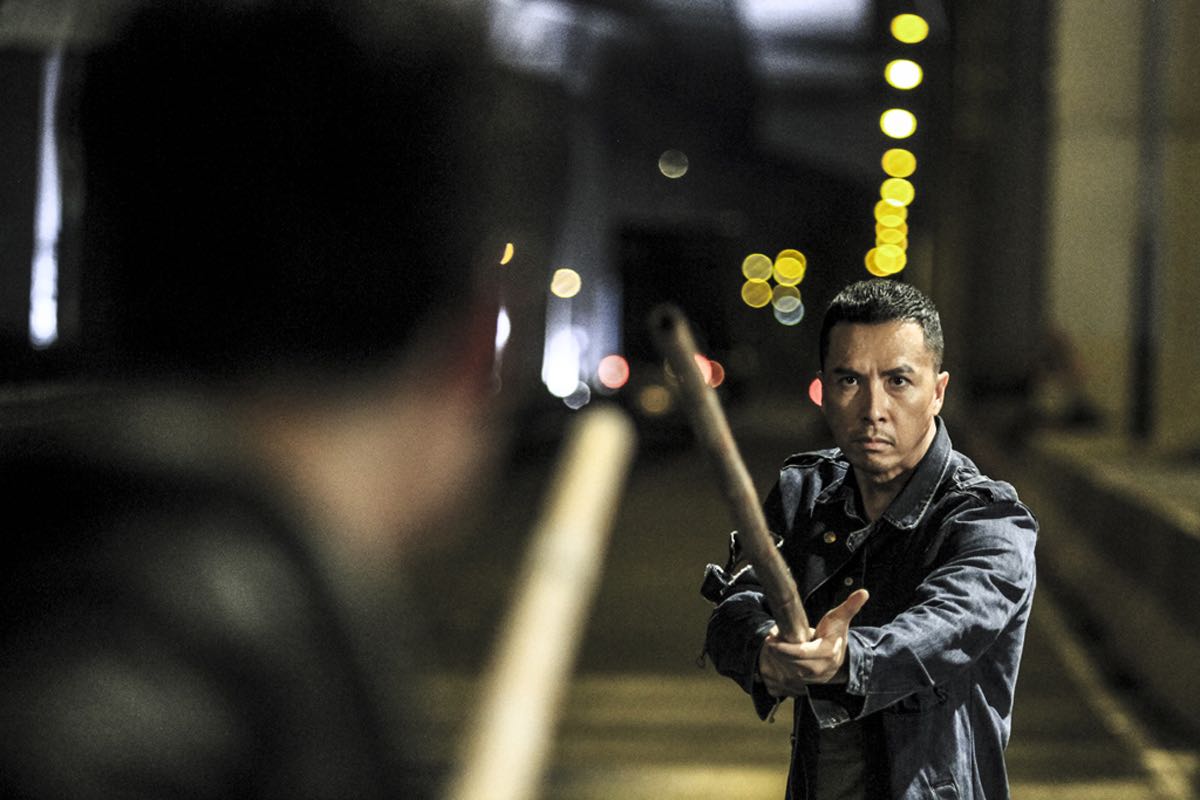 Just when we thought Donnie Yen’s brief stint at the top of the martial arts ladder had come to an end, out comes this knowingly nostalgic action thriller that pays loving respect to Hong Kong’s revered action industry while also acknowledging that its star’s days at the top are numbered. Wang Baoqiang, on the other hand, finally gets the chance to take centre stage in an action thriller, displaying an applaudable range and level of quality he’s rarely been called upon to showcase on screen before now. The plot here is rather ridiculous, but the film is packed full of cameos from Hong Kong stars past and present, and features plenty of finely choreographed action. The results are way more enjoyable than anyone could have foreseen. 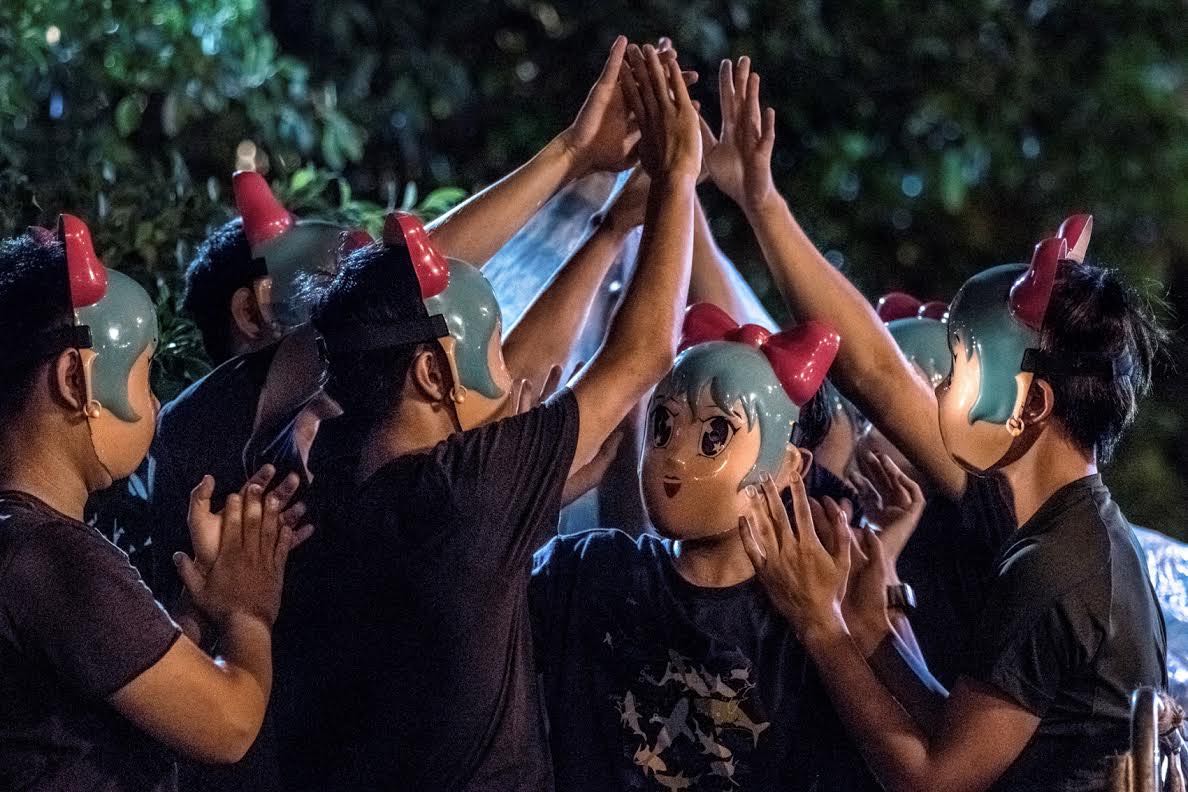 One of the year’s biggest surprises for me came in the form of this delightfully playful coming-of-age story from Taiwanese director Yee Chih-yen. Two middle school classmates become unwitting rivals when they separately hatch the same plan to steal their school’s neglected statue of Dr. Sun Yat-sen. Through their antics, Yee carefully examines the plight of Taiwan’s struggling underclass, while peppering his film with adolescent humour, genuine pathos and the machinations of a full-on heist film. There’s a message about how today’s youth must be more respectful of the older generations, despite their own parents’ behaviour, but it's done with intelligence, wit and laid back style. Well worth seeking out.

The closing film at PiFan 2014 was this delightfully oddball romantic comedy from second-time director Lee Gwon. Gang Ye-won is fantastic as the jaded, 30-something single woman who has been unlucky in love too many times. Taking a drunken chance on the unassuming Song Sae-byeok, she soon finds herself in a comfortable relationship, only for her curiosity to get the better of her and uncover the most unlikely of secrets about her new beau. From their this quirky, frequently funny rom-com takes a wild turn into darker territory, and is all the better for it. Gang is such a likeable lead that we are more than willing to go with her down the film’s unpredictable path, and under Lee’s assured direction, it all unfolds in fine style. More than anything it is just refreshing to see a film from South Korea that doesn’t immediately fall back on its genre cliches, instead taking risks and challenging its audience. 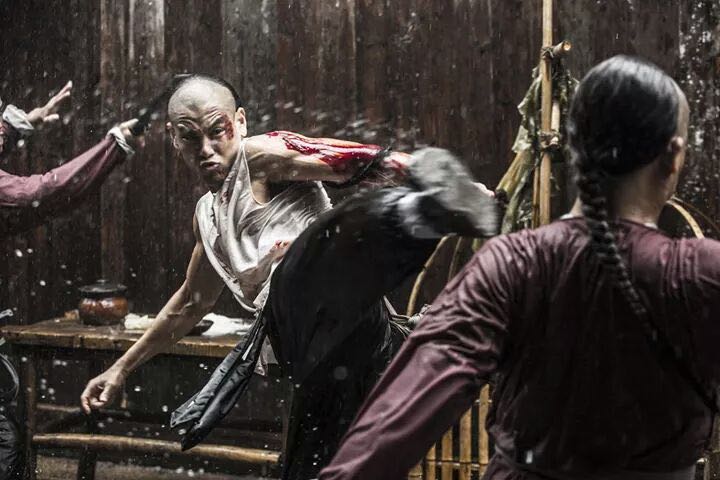 I was more than a little apprehensive of Roy Chow’s reboot of the Wong Fei Hong character, as frankly I thought his previous films - Murderer and Nightfall - were both pretty terrible. However, here he displays an almost unchartable improvement, creating an old fashioned wu xia action drama that both acknowledges and honours Tsui Hark’s excellent Once Upon A Time In China series, while also feeling incredibly fresh. In large part that is due to the fantastic Eddie Peng, in what is sure to put him on the map internationally as one of the most promising new martial arts stars in Asia. With fight choreography from Corey Yuen and able support from Sammo Hung as a villainous gang boss, Rise Of The Legend is more than strong enough to launch a new series of Wong Fei Hung adventures.

I reviewed the film for Screen Daily here 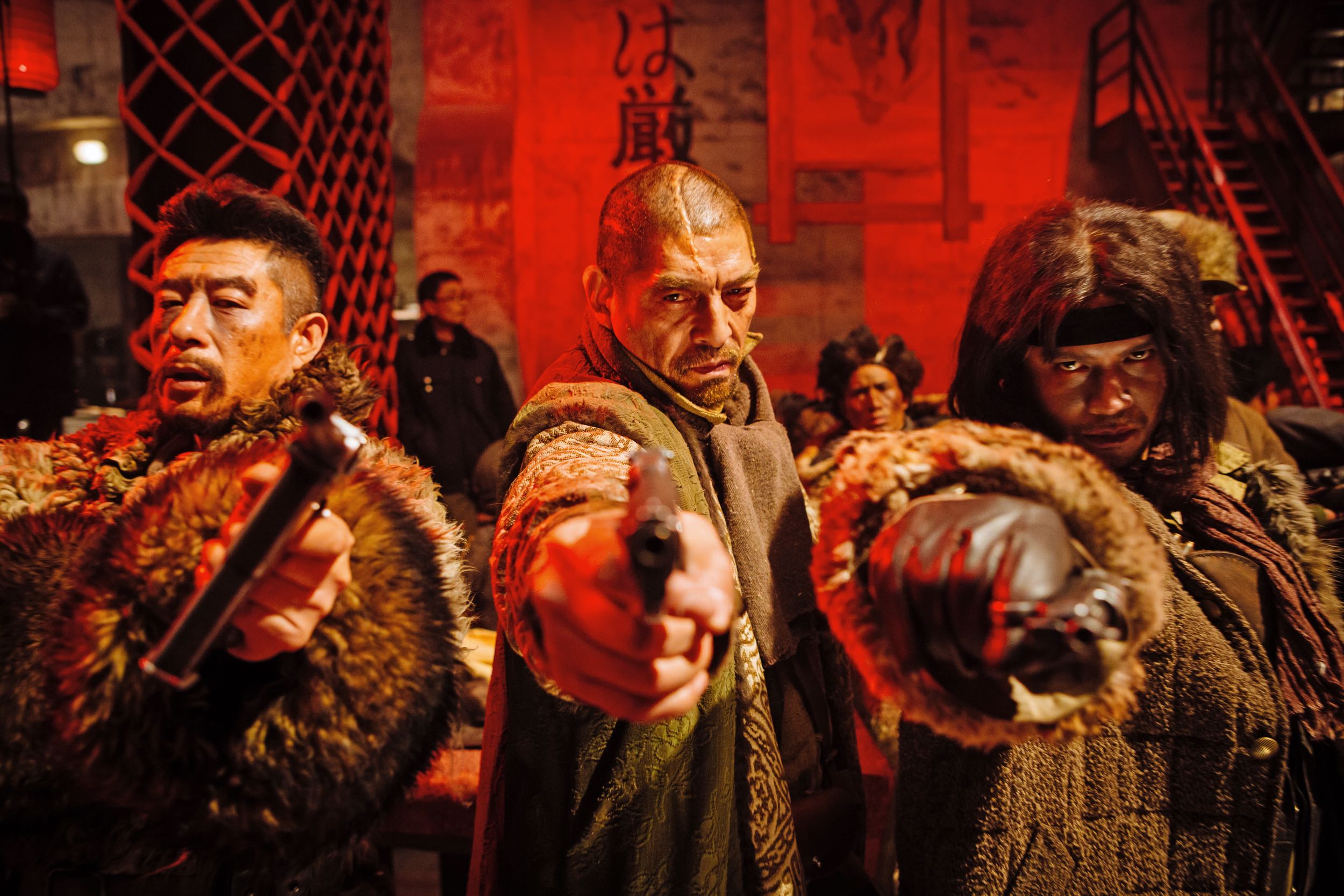 Getting in just under the wire, Tsui Hark’s latest is a wonderfully entertaining action romp that thankfully does its best to shake off the sombre tone of many recent Chinese war epics and have a bit of fun. While I wasn’t much of a fan of Young Detective Dee, the first film and Flying Swords Of Dragon Gate were substantial hits in my book and Tsui certainly recaptures the energy and spirit of those films here. Zhang Hanyu is an honourable, if admittedly slightly impregnable hero, but Tony Leung Ka Fai is having a blast as the evil Lord Hawk, in almost Dick Tracy-esque levels of make-up. Beautiful, imaginative photography and inventive use of 3D only add to the package here. 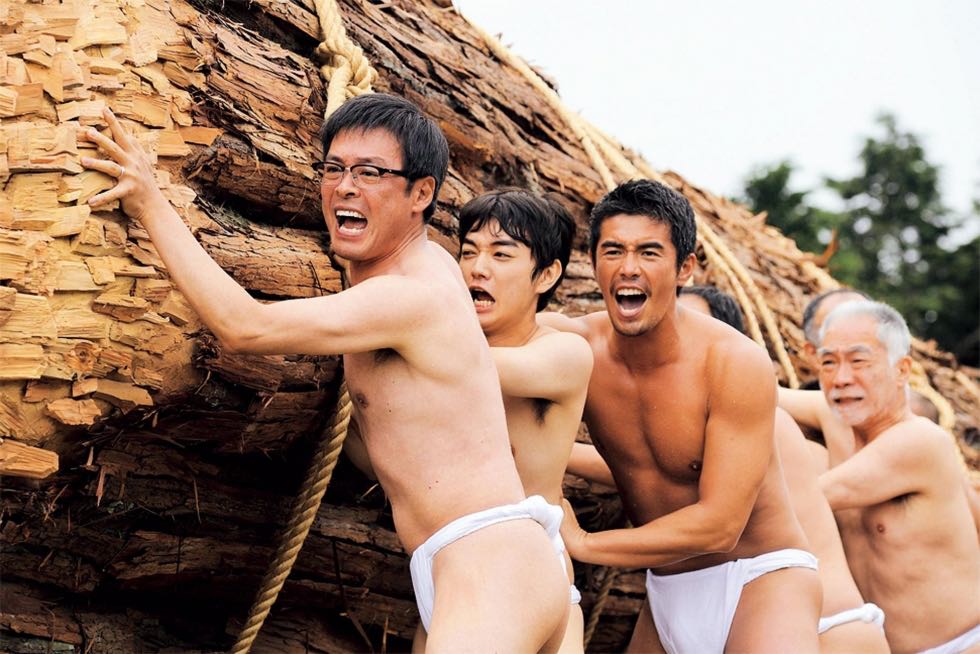 Nothing is more enjoyable than a film you expected nothing from delivering copious levels of enjoyment and heart. This was certainly the case for me with Wood Job!. I knew the director brought with him a certain pedigree from his previous successes Waterboys and Swing Girls, and I was familiar with the cast, but perhaps it was the late hour of the screening or whatever - suffice to say I didn’t really want to be there. And then the film started, and was delightful from start to finish. Fresh graduate Yuki (Sometani Shota) is drunk and unsure what to do with his life, so based off an attractive flier, signs up for a tree conservation course, which transports him to the remote woodlands of Japan and proceeds to change his entire outlook on life. Beyond the obvious ecological message, the film is packed full of humour before veering into magical, pagan-esque territory in its final act that only cemented my appreciation for the film. 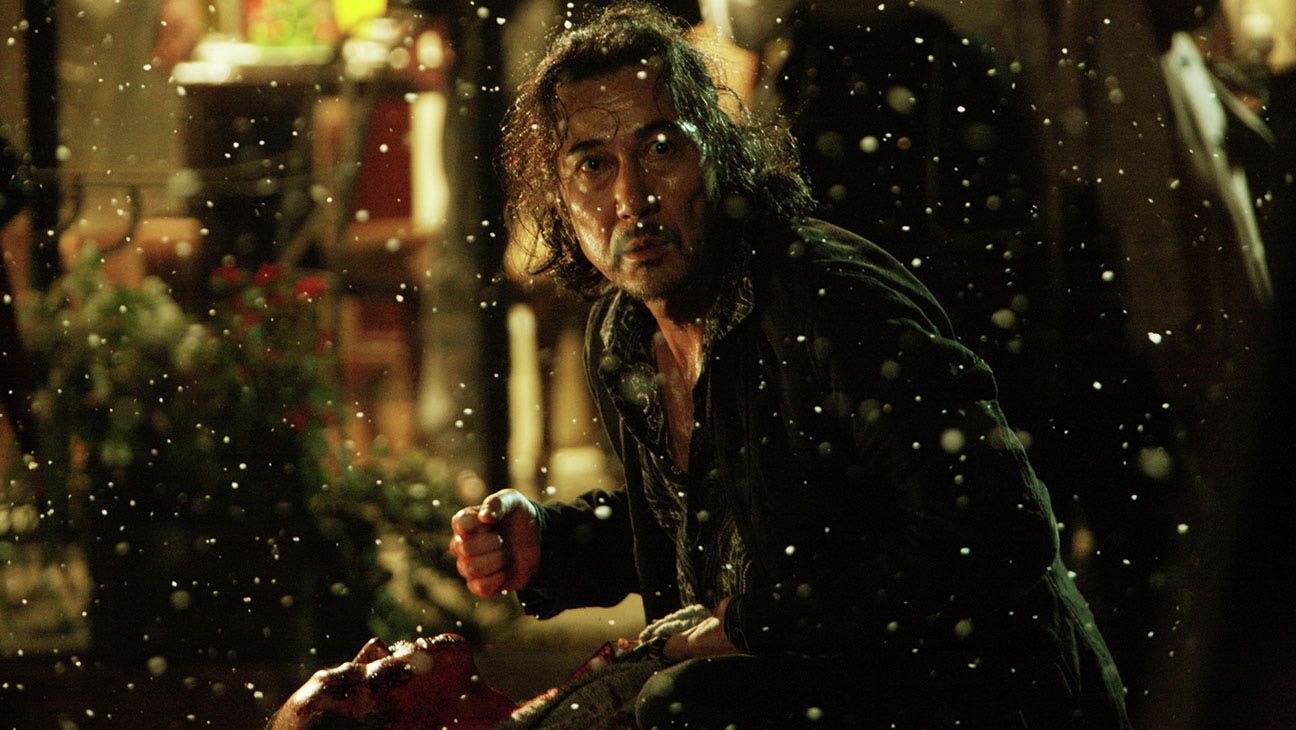 Director Nakashima Tetsuya (Memories of Matsuko, Confessions) delivers perhaps his bleakest and most nihilistic tale yet with The World of Kanako, a film that literally drags you to hell and leaves you for dead. An alcoholic former cop (Yakusho Koji) is called upon by his ex-wife to go looking for his estranged teenage daughter, Kanako, who has disappeared. His search uncovers not only that she was not the picture of sweetness and light he saw her as, but a drug-addled manipulative monster feared by her classmates. The more he discovers, the more the father reveals himself to be every bit as wild and untamed a beast as the young beauty he sired. Those who thought Confessions probed some dark, challenging territory may be unprepared for the depths to which Nakashima plunges us in his new film, but for those who can stomach it, the journey is incredibly rewarding.

Do you feel this content is inappropriate or infringes upon your rights? Click here to report it, or see our DMCA policy.
A Hard DayI Am TrashKungfu JungleMeeting Dr. SunMy Ordinary Love StoryRise Of The LegendThe Taking Of Tiger MountainThe World Of KanakoWood Job!

More about I Am Trash

More about My Ordinary Love Story