THE WORLD OF KANAKO Gets A New Trailer From Drafthouse 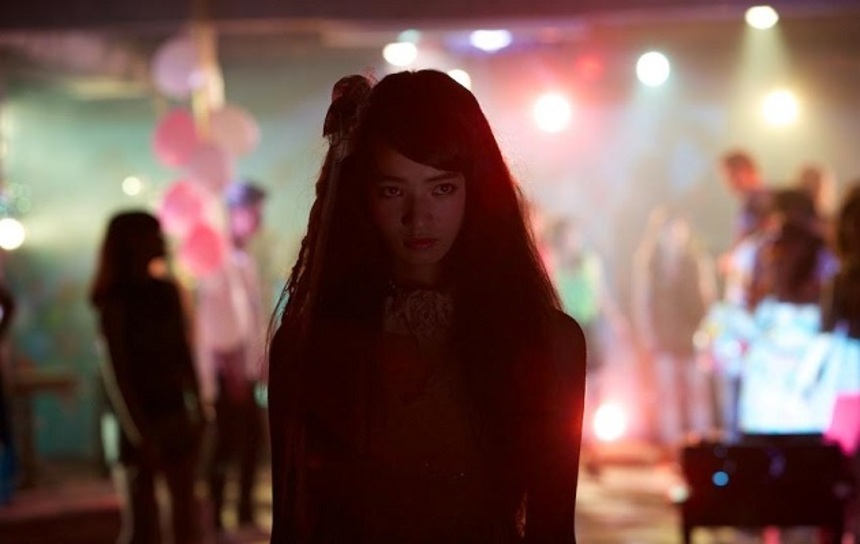 Japanese director Nakashima Tetsuya surprised friend and foe last year with his ultra-bleak thriller The World of Kanako. In previous films like Kamikaze Girls, Memories of Matsuko and Confessions, he had proven to have both a wicked sense of visual flair and a mean streak of black humor, but The World of Kanako positively (or negatively) dripped tar. The plot description of "a detective searches for his missing daughter and discovers more than he bargained for" might look normal enough, but few people were prepared for the onslaught of filth, rape, murder, and corruption which follows, especially as seen through the eyes of an increasingly demented, violent and drug-addled protagonist.

In his review, Kurt Halfyard even described it as "gloriously irresponsible filmmaking", and also calls it "uncomfortable, aggressive, and rigourously crafted". True words, all of them.

After successfully shocking and/or awing people at festivals all over the world, The World of Kanako is finally getting released in North America, and the daring distributor doing the deed is Drafthouse. The World of Kanako will be shown in select theaters on December 4th, as well as made available on multiple digital VOD platforms including Amazon Instant, iTunes, Vimeo, and VHX. A home video release on Blu-ray and DVD is slated for early 2016.

And to celebrate all of this, Drafthouse has released this teaser. It's not as NSFW as you might think, but still manages to convey just how crazy this film is.