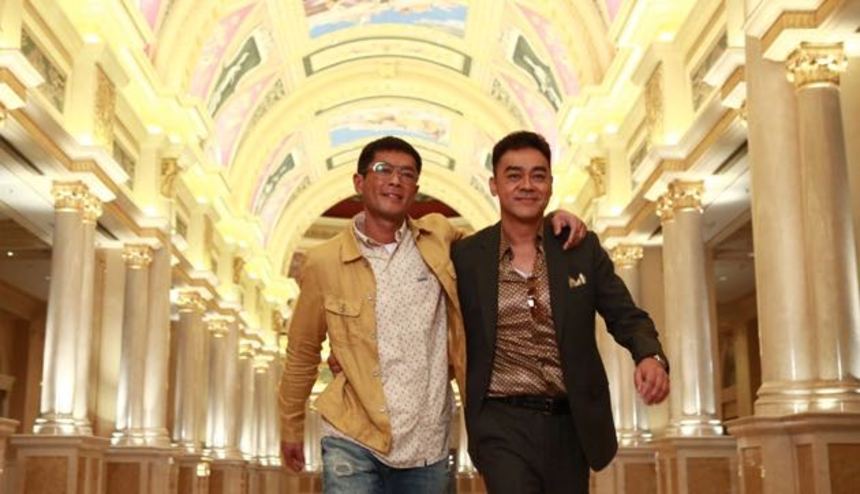 The third installment of Alan Mak and Felix Chong's surveillance thriller series, Overheard 3, scored nominations in 11 categories, including Best Film, Best Director and Best Screenplay, when the nominations for the 34th Hong Kong Film Awards were announced this past Thursday. Ann Hui's The Golden Era was named in 10 categories, Fruit Chan's The Midnight After garnered 8 nominations, Pang Ho Cheung's Aberdeen scored 6 nominations, despite Pang losing out to Dante Lam in the Best Director category, while Peter Chan's Dearest scored 5 nods rounding out the Best Film category.
Despite missing out in many of the major categories, Roy Chow's Wong Fei Hong reboot Rise Of The Legend picked up 9 nominations, including a Best Actor nod for Eddie Peng and Best Action Choreography for Corey Yuen. Peng will go up against Daniel Wu for That Demon Within, Huang Bo for Dearest and a double dose of Lau Ching Wan, who picked up nominations for both Overheard 3 and the as-yet unreleased Insanity.
In the Best Actress category, Tang Wei for The Golden Era is nominated alongside Sandra Ng for Golden Chicken$$$, Zhou Xun for Women Who Flirt, Zhao Wei for Dearest and Charlene Choi for Sara. David Lee picked up a Best New Director nomination for Insanity, as did Ruby Yang for My Voice, My Life and Amos Why for Dot 2 Dot.
In the Best Film From Mainland And Taiwan category, Berlin Golden Bear winner Black Coal, Thin Ice will compete against Paradise In Service, No Man's Land, Cafe Waiting Love and Coming Home.
The Hong Kong Film Awards will be announced on 19 April.
Click here for the full list of nominees
Sign-In to Vote
Tweet 0 Submit

More about The Midnight After

More about The Golden Era

More about Women Who Flirt

Overheard 3 was a mess

upto I looked at the draft which had said $9978 , I be certain that my neighbours mother woz like they say truley receiving money parttime on their computer. . there aunts neighbour had bean doing this 4 less than seventeen months and at present paid for the dept on there condo and purchased a gorgeous Chevrolet . check out here ...........

Never seen any Overheard films, is it worth venturing into or was I right to pass on all 3 films?

The Overheard series is a somewhat dark, drama/thriller. I liked the first two, but wasn't much of a fan of the third. I would recommend the first one, and maybe the second as well.

Definitely worth checking out, even if part 3 is pretty weak. All three feature the same key cast members (Lau Ching Wan, Louis Koo, Daniel Woo) but playing different roles each time. Each film focuses to varying degrees on surveillance. OVERHEARD 2 is the best in my opinion.