Review: THE WORLD OF KANAKO Goes Down A Cinematic Rabbit Hole 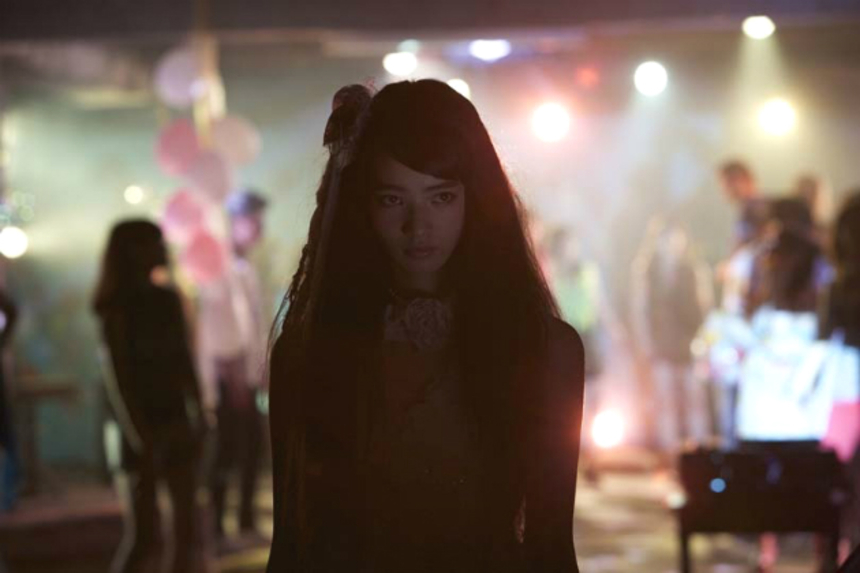 The first two minutes of Nakashima Tetsuya's violent and unrelenting The World of Kanako are a litmus test on whether one should proceed.

A frenetic orgy of editing non sequiturs, both assaulting and attention grabbing, occurs right before slamming into a stylized split-screen opening credits sequence right out of 1960s Nikkatsu cop movies but painted over with expletives and animated blood spatters. What follows is 120 minutes of uncomfortable, aggressive, and rigourously crafted filmmaking. Even up against the most extreme offerings from Miike Takashi and Sono Sion, this film feels like it is pushing the visual envelope to an endgame where this branch of Japanese cinema is ready to be pruned from the tree, lest it grow any further and kill the organism. I jest, but only a little.

The film features the sweatiest and angriest performance from Yakusho Kôji in his prolific career. As disgraced detective Akikazu, he is channelling the same unhinged brutishness as Michael Caine's Get Carter and Harvey Keitel's Bad Lieutenant. He starts the film off in a ratty white suit with a rat's nest of hair and a glaze of perspiration on everything, but as the film proceeds at bullet train velocity (a derailment every few minutes) the suit gets soaked in blood, his face a punching bag of bruises and tense angry expressions.

Divorced from his wife after she had an affair and he pummeled the other man into the hospital, Akikazu has been cut off from his daughter and left to stew in his own rage for months. The doctors have him on some powerful brain medications, which ostensibly are the reason for the temporal obliteration in the editing structure. He is unstuck in time from his state of mind and chemistry, such that he barely knows what is happening at any given moment, and expressed blinded rage at the universe for his lot in life. He is given purpose when his daughter is kidnapped and his ex-wife pleads with him for help. Tangentially akin to Christopher Nolan's far more sedate Memento or Erik Van Looy's underrated The Alzheimer Case, in terms of anti-heroes in no shape for any kind of procedural investigation, this is just the framework for the gonzo editing tapestry that unfolds.

The quest might be noble, but Azikazu goes about it in the most monstrous fashion. Women are slapped, sexually assaulted, men are stabbed, shot and curb stomped. Did I mention this movie is not for the faint of heart? Where things become irresponsible is that many sequences, even people being run over by vehicles, are playfully whimsical. The score consists foot tapping, classic tunes including House of the Rising Sun and Across 110th Street, only with newly-written English lyrics substituted in. The tonal shifts on display here boggle the mind. There is some kind of mad genius at work here. The craft is impeccable.

Along with so many other 21st century Japanese films, what the creative set has to say about the nation's educational institutions, is that it is they are place of abject, unrelenting terror. Blame is placed as much on the culture and the establishment as it is on distant, neglectful parenting.

But the film doesn't point fingers, it breaks them or chops them off. When reality penetrates Akikazu's anger and drug-fueled haze, he realize that his quest is more to kill his daughter with his own hands rather than any quaint notion of saving her from the cruel world. Everyone, the viewer included, is drowning in a river of shit so wide that the embankments are not visible and the current is unyielding. This is not hyperbole, this is what it is.

The filmmakers and actors have no interest in proceeding with caution in The World of Kanako, but my suggestion is that anyone taking this trip to cinematic hell be aware of just how far down the rabbit hole it goes.

Review originally published during the Toronto International Film Festival in September 2014. The film opens in select theaters in the U.S. via Drafthouse Films on Friday, December 4.

The World of Kanako