James Marsh
Editor, Asia; Hong Kong, China (@Marshy00)
Tweet Post Submit
As we pass the halfway point of the year I like to take stock of the new Asian films I have seen. This is as much to jog my memory and help separate the wheat from the chaff as it is to highlight some notable new releases that may have flown under the radar. As always in a round-up such as this, there may be films that played a festival or two in 2013, but which I didn't see until this year. Suffice to say that you have your rules and I have mine, I like to be as inclusive as possible and let that be the end of it.
While the gallery below includes just 10 films, there were still plenty of new Asian titles I have seen this year that missed the cut. From Hong Kong, films such as Wong Ching Po's Once Upon A Time In Shanghai, Wong Jing's From Vegas To Macau, Fruit Chan's The Midnight After and Lee Kung Lok's Naked Ambition 3D were all great fun within their own parameters. I found lots to like in some of the short features that screened at Yubari this year, particularly The Pinkie, Free Kitchen, The Lust of Angels and Fuck Me To The Moon, while elsewhere on the festival circuit I was impressed by the likes of Ice Poison, Manakamana, Omar and Fuku-Chan of Fukufuku Flats.
Amidst these gems were some high profile disappointments too. Soi Cheang's The Monkey King may have taken numerous sacks of cash at the Chinese box office, but that didn't stop it from being incoherent tosh. Dante Lam's The Demon Within also failed to test its great cast with an engaging screenplay, and proved starkly empty. Police Story 2013 was a disaster, as was Donnie Yen's Iceman; Thailand's Tom Yum Goong 2 had little more than a breakout performance from Marrese Crump to recommend it, while Overheard 3 started strong but ended up being a convoluted chore.
Ultimately, however, the line has to be drawn somewhere, and there was less to be achieved by putting out a full retrospective of the 60-odd Asian films I have seen this year, than by highlighting those that rose above the pack and impressed me the most. So here they are, enjoy: 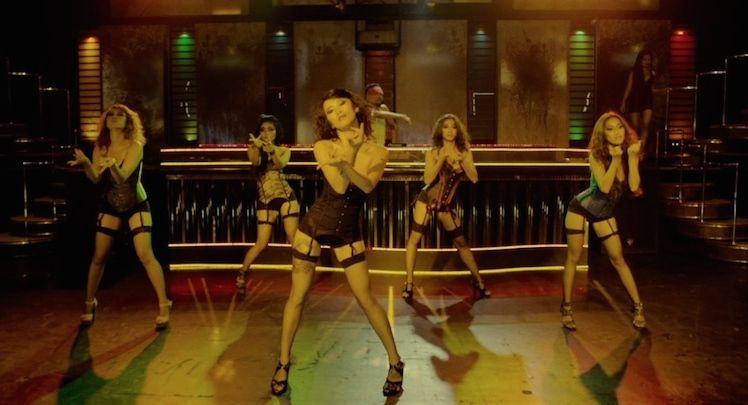 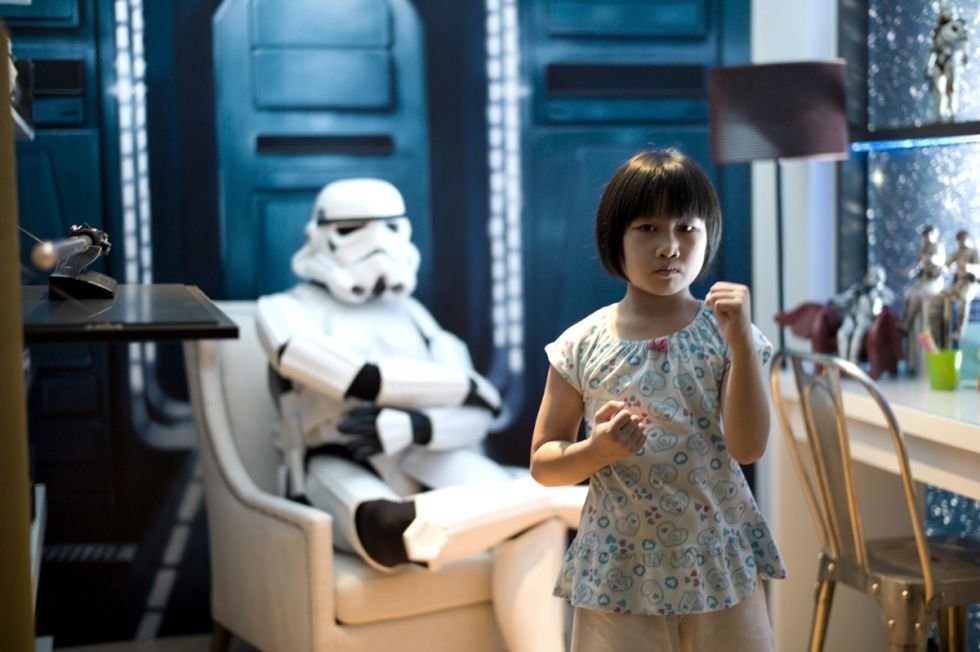 Pang Ho Cheung, long considered the enfant terrible of Hong Kong cinema, comes of age with this mature and astutely observed family drama. As always, he touches on current social concerns, while examining the balance of modernity and tradition within three generation of one middle class HK family. His trademark humour remains, albeit in slightly diluted fashion, but there's also an added layer of surrealism, which only further enriches the experience and adds another string to his creative bow. 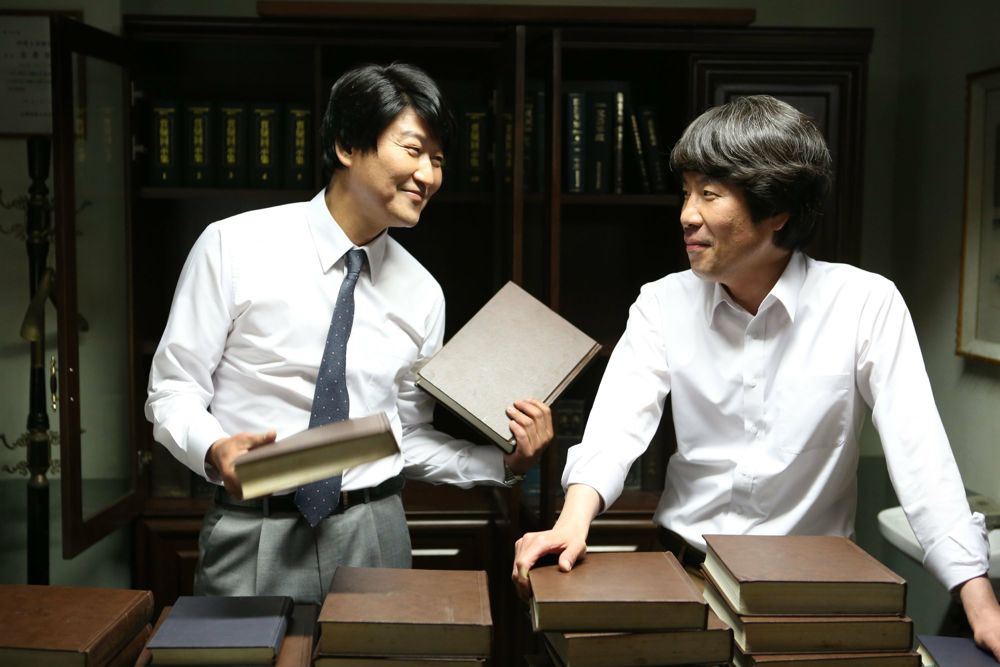 Based on harrowing true events that ravaged South Korea in the 1980s, first-time filmmaker Yang Woo-seok's film begins as the lighthearted story of a bumbling tax lawyer (the always wonderful Song Kang-ho) looking to make a name for himself. The film takes a beautifully handled turn towards the dramatic when he is persuaded to take on a politically charged case defending a young man charged with sedition. The result is one of the best courtroom dramas to hit screens in a very long time. 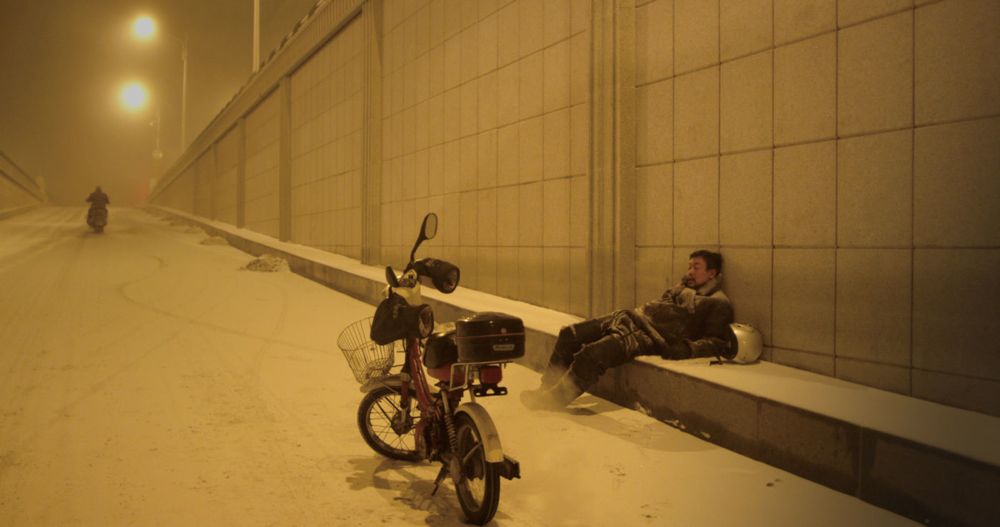 The latest example of China's new wave of contemporary crime dramas, Diao's film is the bleak story of a burnt out cop given a second chance at life tracking down a vicious serial killer in the country's industrial north. Winner of Berlin's Golden Bear and Best Actor awards, it boasts a pair of top-notch performances from Liao and Gwei, dismembered bodies, death by ice skate and an intoxicating slow burn pace that completely submerges you in a desolate, uncaring world. 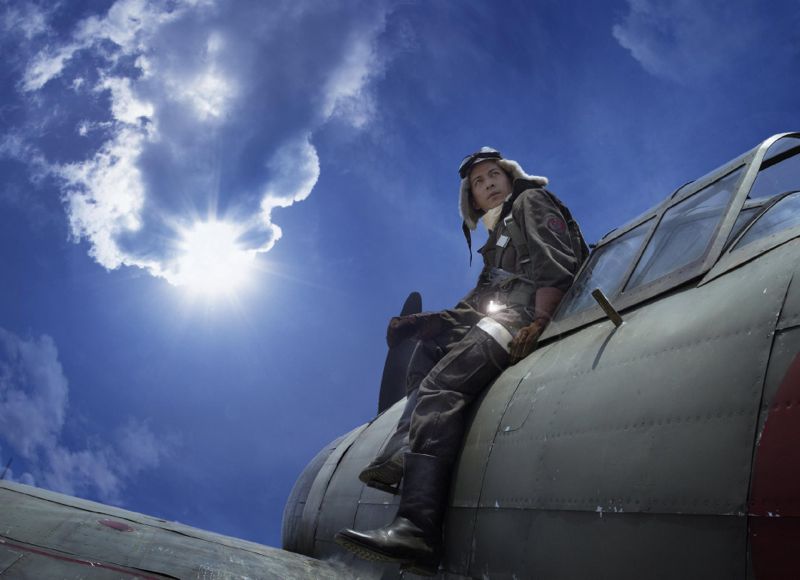 Spectacular aerial action combines with a stirring tale of heroism and sacrifice in this rip-roaring WWII epic from the director of Returner and Always - Sunset On Third Street. A brother and sister are stunned to discover that their recently departed grandfather was no blood relation, and their real grandfather was Junichi Okada's ace fighter pilot. A huge, yet controversial, success in Japan, the film throws kamikaze pilots under the spotlight with predictably melodramatic and emotionally conflicting results. As blockbuster entertainment, however, The Eternal Zero is a thrilling ride. 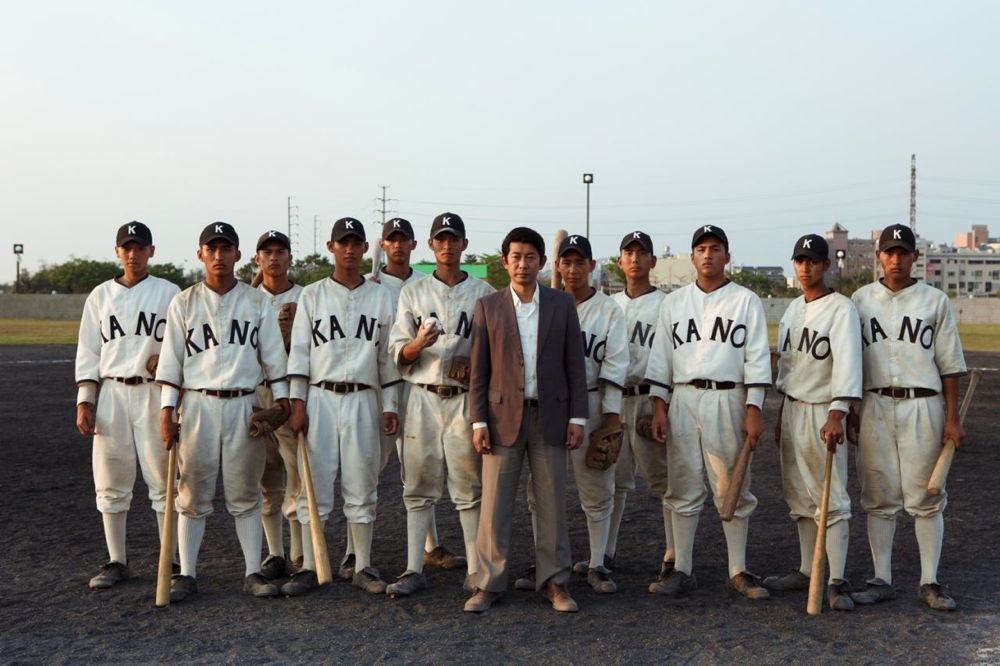 Even if you don't like baseball there is still plenty to enjoy in this rousing underdog crowd pleaser from the team behind Cape No.7 and Seediq Bale. Charting the incredible true story of an ethnically diverse team of youngsters from rural Taiwan, who made it to the 1931 Japanese national Baseball championships tees up every conceivable sports movie cliche, and cracks them clean into the bleachers. 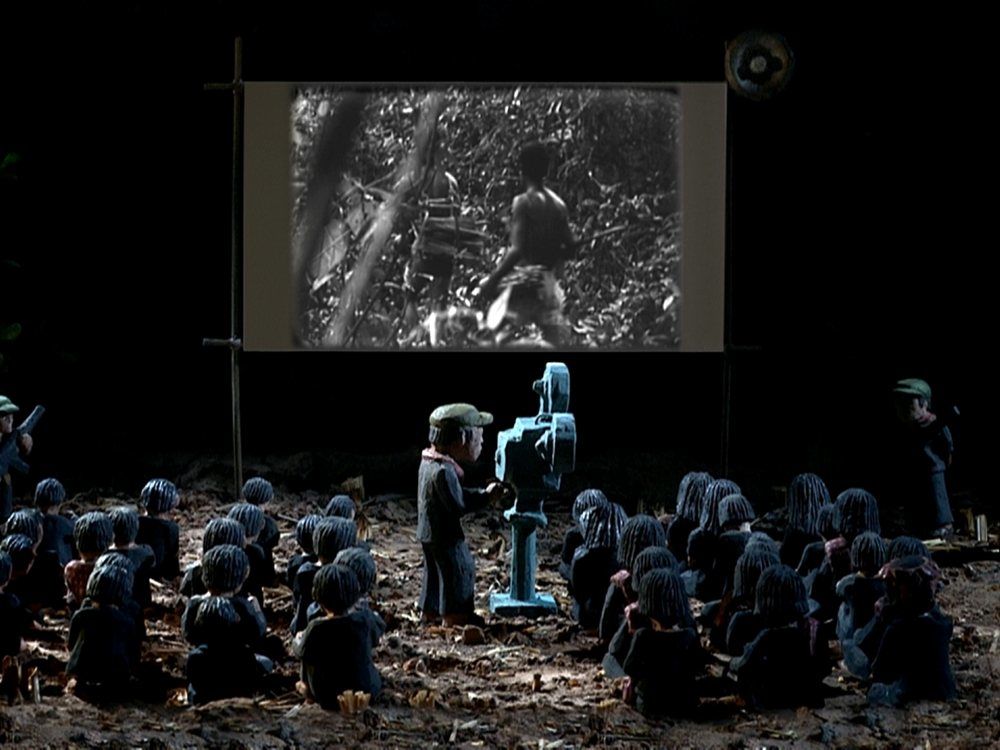 It's hard to believe that shots of inanimate clay figurines could have such a profound and heart-wrenching impact, but Rithy Panh's documentary strikes a devastating blow. Chronicling the intolerable suffering faced by his family - and the entire Cambodian nation - at the hands of the Khmer Rouge, Panh combines newsreel footage, Pol Pot's own propaganda films with model re-enactments of the harrowing conditions at the labour camps where some 2 million people died at the hands of child soldiers and their own leaders. The results are unique, compelling and unforgettable. 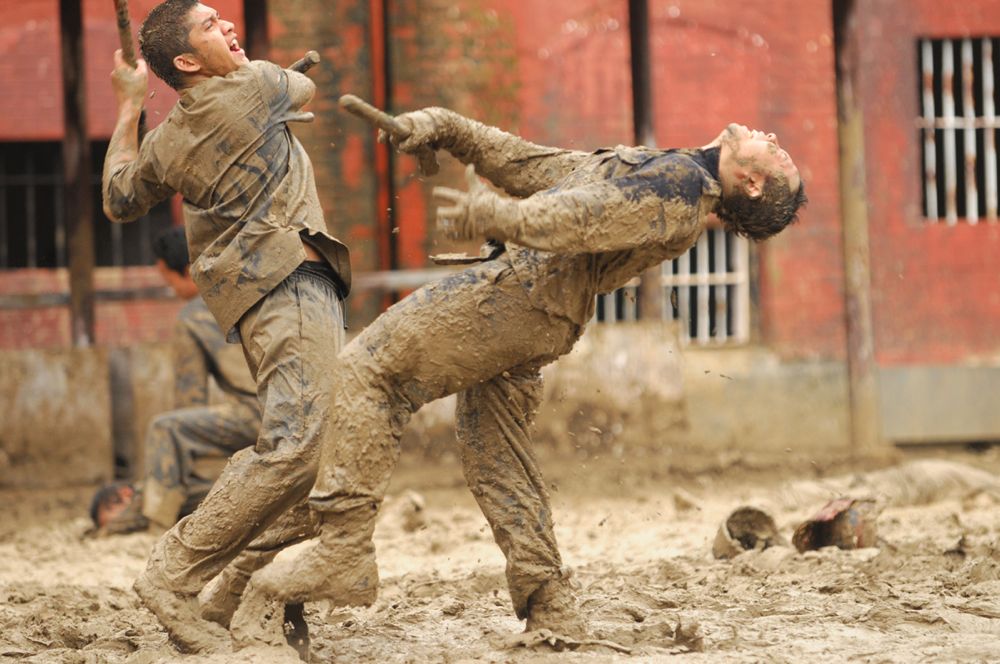 It should come as no surprise to see Gareth Evans' follow-up to his tightly-wound 2011 beat-em-up on this list, but for me it is actually something of a relief. Expectations were sky high for Evans to build on his earlier achievements, but few could have foreseen quite how big and bold he was going to go with the sequel. The martial arts action is all there, more intricate and audacious than ever, but now we have car chases, prison riots, turf wars and an operatic web of underworld intrigue. Some have called the plot overly complicated and cliched, but frankly I welcome Evans' efforts to expand his universe and praise his cine-literate reverence for the likes of John Woo and Kitano Takeshi.
(Disclaimer - I should point out that I do hold a position with XYZ Films, co-producers of The Raid 2, but I had no hand in the film's production, sale or distribution, so have no qualms about singing its praises.) 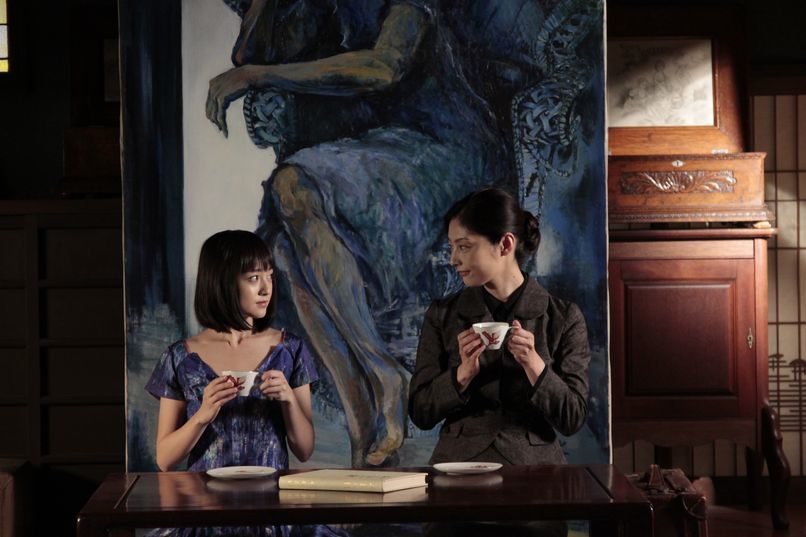 Still best-known for his 1977 psychedelic horror comedy House, Obayashi has been working consistently ever since and his latest work, while wildly different, is just as fascinating. Following the death of their ageing patriarch, an extended Japanese family regroups in their home town to arrange the funeral and tend to the family estate. Over the following 49 days (the lead-up to the funeral, during which time it is believed the spirit of the deceased remains on Earth), the family reassess their relationships, long-buried secrets emerge from their grandfather's past and Japan itself reels from the 2011 earthquake and decades of still-unresolved history. Ambitious, convoluted, visually arresting and emotionally compelling, Seven Weeks is a deeply personal film from an artist who still has plenty to say. 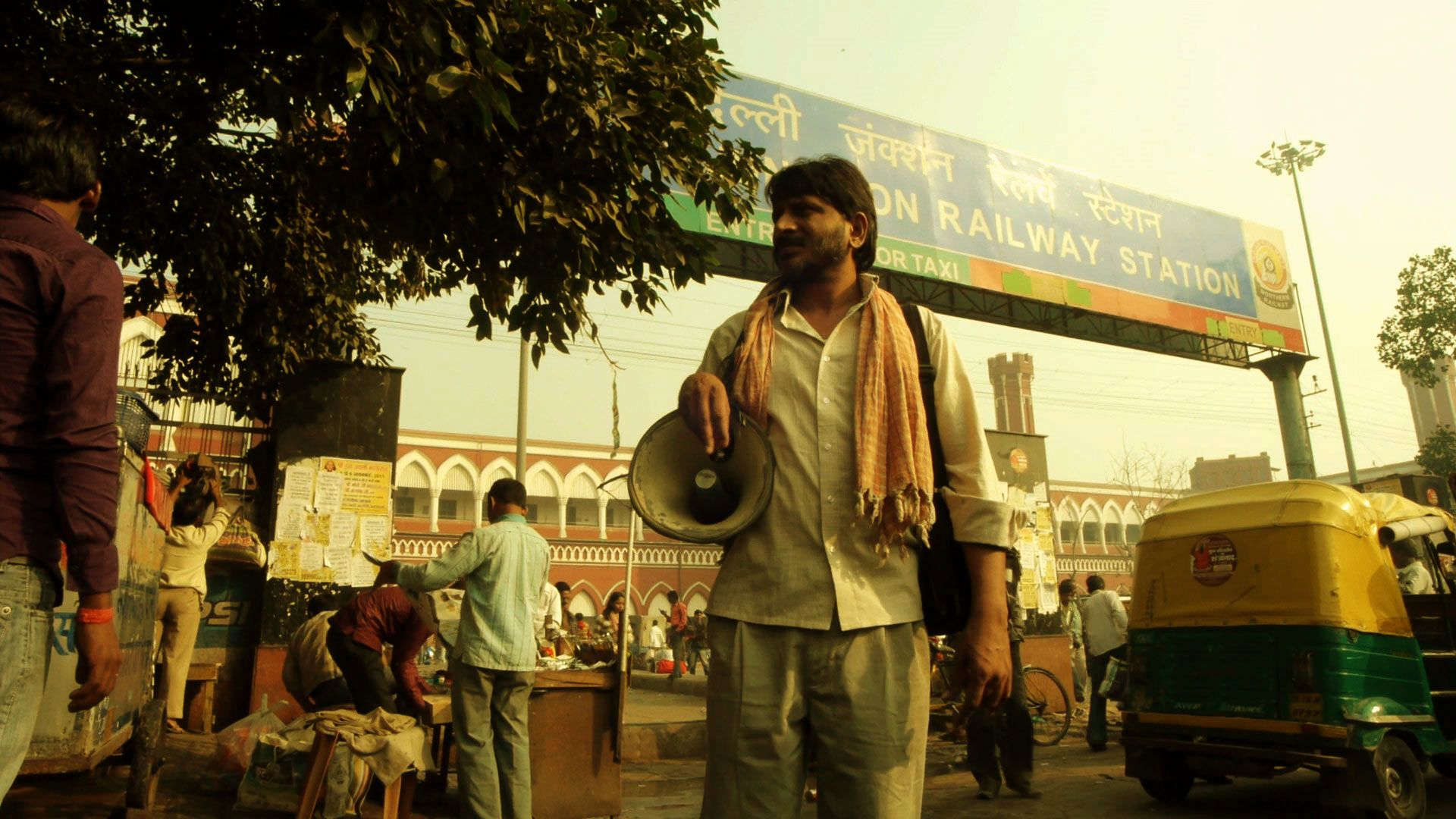 Richie Mehta's powerful drama follows a simple chain wallah as he goes in search of his 12-year-old son, Siddharth, who has reportedly run away from the factory where he was working. The film casts its non-judgemental eye on the yawning wealth divide between the haves and have-nots in India, where a poor family might be forced to send their young son away to work, and are financially incapable of mounting an effective search for him. Mehta finds beauty in the more grotesque side of India's city life, while also knows how to play with his audience - never giving us a good look at the boy, then employing the same child actor again and again to portray different street urchins, just to mess with our memories. The result is a powerful, gripping and hugely affecting drama. 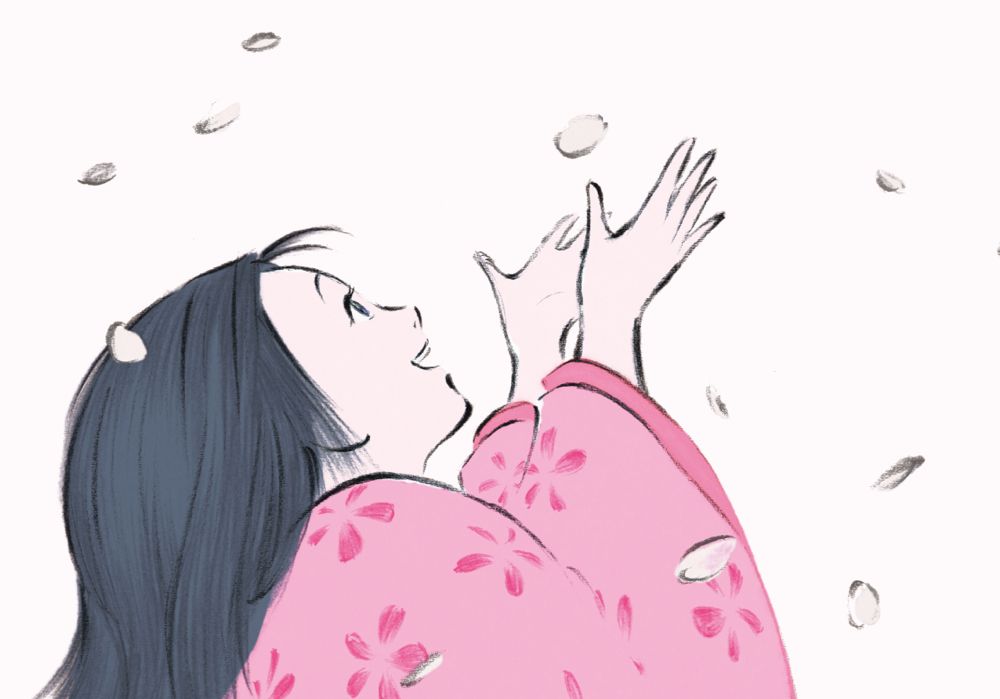 I was a little apprehensive going into Takahata's latest film. Studio Ghibli's output can often feel overlong to me, while the glimpses of crudely-drawn animation I had seen beforehand suggested this could prove something of an ordeal. How wrong I was. Adapting one of Japan's oldest and best-loved fairytales, Takahata delivers a magical and quietly profound story, that highlights the innocence of childhood, the struggles of parenting and the horrifying challenges and expectations placed upon young women, particularly in Japan. Kaguya is objectified and revered for her beauty, fought over by rich suitors, and regarded as a ticket to wealth and respectability by her simple farmer parents. Yearning only for the simple pleasures of her childhood in the bamboo grove, Kaguya has no control over her fate, and as some might expect from the director of Grave of the Fireflies, things don't end happily ever after. What Takahata does deliver, however, is a stunningly beautiful film, packed with vivid imagery, a beautiful score from Joe Hisaishi and a heart-wrenching story sure to crack the hardest of hearts.

Do you feel this content is inappropriate or infringes upon your rights? Click here to report it, or see our DMCA policy.
AberdeenBlack Coal Thin IceKanoSeven WeeksSiddharthThe AttorneyThe Eternal ZeroThe Missing PictureThe Raid 2The Tale Of Princess Kaguya

More about The Attorney

More about The Eternal Zero

More about The Missing Picture