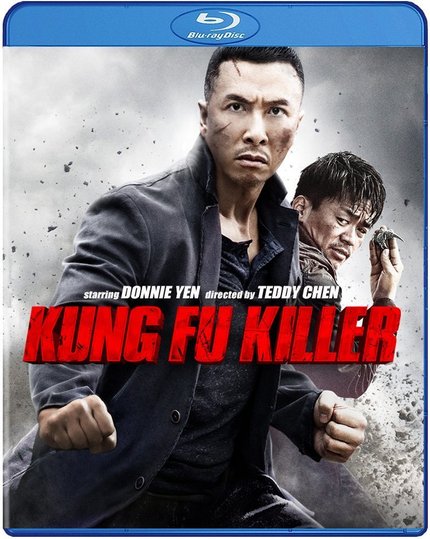 ScreenAnarchy and Well Go USA come to you with a contest to win one of three Blu-ray copies of Teddy Chen's Kung Fu Killer (aka Kung Fu Jungle)!

Kung Fu Killer features martial arts legend Donnie Yen in one of his finest performances in years as a kung fu convict stalking a kung fu serial killer on the loose in Hong Kong. With some of the best fights in recent Donnie Yen film history, Kung Fu Killer definitely delivers on some great entertainment. James Marsh said this about the film in his review from its release in Hong Kong:

Kung Fu Jungle sees Yen right his career trajectory and steer it precisely where it needs to go for the foreseeable future. Fast-paced, packed with action and firmly routed in Hong Kong's singular cinematic sensibility, Kung Fu Jungle is Donnie Yen's best film in years, and while far from perfect, should strike a welcome familiar chord with his fans and aficionados of Hong Kong Cinema everywhere - which is all he ever wanted anyway.

If you want a chance to win, simply send me your name, address, and favorite Donnie Yen film in an e-mail to josh [at] ScreenAnarchy [dot] net. US entries only please. I'll pick winners next Monday, good luck!

Do you feel this content is inappropriate or infringes upon your rights? Click here to report it, or see our DMCA policy.
Donnie YenHong KongKung Fu JungleKung Fu Killer