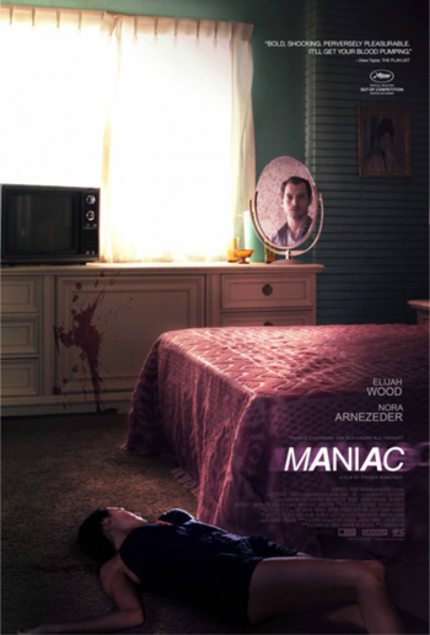 The Dark Bridges Film Festival out of Saskatoon, Saskatchewan (in Canada) has announced the second half of this year's feature film program. The mandate of the festival is to bring favorites from the festival circuit to the small Prairie city and as a programmer for the festival I think we've done a fine job this year. These films will join the previously announced Resolution, Bushido Man, Big Bad Wolves, The Battery, Doomsdays, Wither, Drug War and a 35mm presentation of the original Night of the Living Dead.
First off, you have your revenge seeking fly story Eega. Then add a dash of a kidnapping gone wrong with Panoy thriller Graceland. Watch evil Elijah Wood get it on with the ladies in Maniac. Kim Ki-duk's Pieta is set to make the audience stir. Another year, another Ben Wheatley film with the dark and hysterical Sightseers. Capping off our midnight program will be the killer clown flick Stitches. And finally, we have the tremendous Lithuanian sci fi flick Vanishing Waves.
Festival staff are presently working on the special guest list, which should be announced soon. The Dark Bridges Film Festival runs from September 26th to 29th at Saskatoon's Broadway Theatre.
Sign-In to Vote
Tweet 0 Submit

That there is a DAMN FINE festival lineup!

I blame Mack, Steven and Micale! That way if our line up does well then I can say I picked amazing programmers and if it bombs (which there is no way it should with this year's line up, I mean we have a reincarnated fly revenge flick from India!) then I can say it is all there fault. :)

So. If I get the hook then I hereby prematurely proclaim my availability to other festivals.
This isn't going to happen obviously because, yes, it is a damn fine lineup.