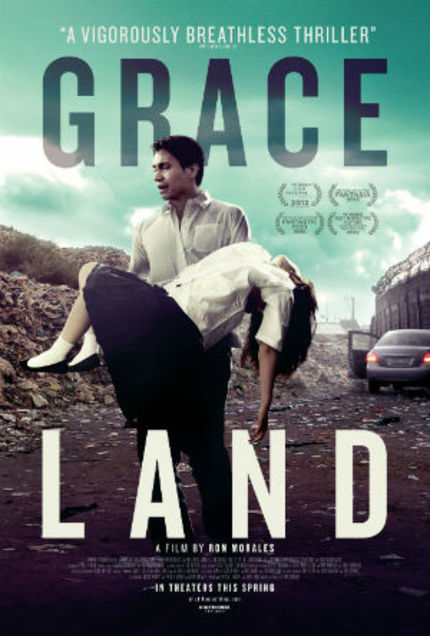 Marlon has been the chauffeur of the wealthy Chango family for many years.

His wife lies in a hospital room waiting for an organ transplant. His daughter is friends with the daughter of his boss and will frequently get rides to her school as well. Marlon's boss, Manuel, is a well-known Congressman; he has a penchant for little girls and has been suspected of doing so in the press after Marlon fumbles a drop off late one night. Marlon is blamed for slipping up and exposing Manuel to the scandal.

He loses his job, but he still has to pick up his daughter and Manuel's daughter from school at the end of the day. On the way home they are pulled over by the police. Marlon is knocked unconscious by the kidnapper in disguise and regains consciousness to find that his daughter is gone.

He lies to his boss and the police so that Manuel will pay the costly ransom. But the kidnappers have an ulterior motive and are out for retribution. The money is not enough. Manuel must account for his sins. And when a hard as nails cop, Ramos, is called in and starts putting the pressure on Marlon, can he keep it together long enough to see his daughter returned to him safely?

After cutting his teeth as a grip in the film industry for many years, Ron Morales, the writer and director of Graceland, has ventured out a second time to make his own film, returning once again to the Philippines to make it. And it is clear that all those years spent lugging around someone else's equipment have permeated Morales and nurtured him into an efficient filmmaker. He also knows how to tell a darned good story and keep it interesting right up to the end of Graceland's brisk run time.

The overall theme of Graceland is that nearly each and every character has to make a decision that contradicts common morality. From the Chango family to Marlon and his daughter, they all make these decisions, some which effect the outcome of the story. Morales also twists his screenplay around enough to keep even the most seasoned thriller aficionado second guessing up to the end. Though the result is what you expect, Morales delays his promise of delivery just long enough for you to doubt that he might actually offer up the plot twists. So though the twists were not wholly unexpected, they still manage to be satisfying.

But Morales' film also condemns the sex trade industry in the Philippines and those who frequent it. Graceland wallows in an area of prostitution few have ever dared go. You simply do not want to know that this depravity exists. Prostitution just irks me, but this? This gave me the chills. I did not want to know that these ... rooms (!) existed. Yet Morales' screenplay is not content simply to pass judgement on Manuel for his perversion, but descends into such dens of iniquity so as to provide some sort of hope for the girls for sale in these roadside brothels.

For all of its efficiency, Graceland proves that Morales is more than capable of pulling off something bigger. Though the general consensus among those of us here at ScreenAnarchy would be hesitant to call Graceland a thriller outright -- we feel it is more of a drama -- there is nothing that would make us second guess his ability to handle a script that twists the thumbscrews a bit more. Morales has not lugged around another filmmaker's camera or lighting for a couple of years now. Let us hope that the only equipment he ever lifts again is his own.

Review originally published in slightly different form during Fantasia in August 2012. Graceland opens in limited release in the U.S. on Friday, April 26. It is also available via various Video On Demand platforms; visit the official site for more information.