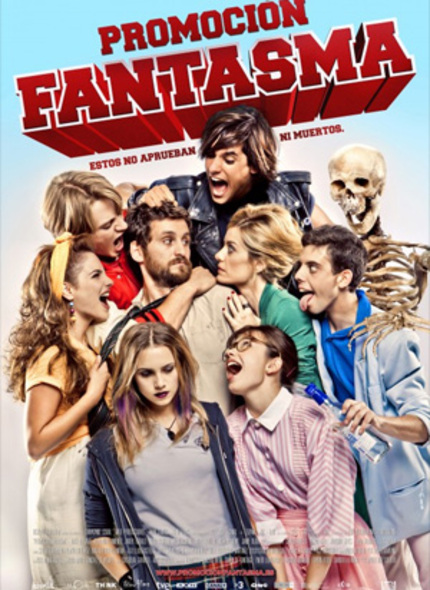 Javier Ruiz Caldera's widely-acclaimed, paranormal version of The Breakfast Club, Ghost Graduation, took home not only the coveted Golden Raven at the 31st Brussels International Fantastic Film Festival, but also the audience award! In other words, if the movie screens near you, be sure to catch it. There were more awards to go around as well, including the Silver Melies for Stuart Urban's May I Kill U?, which will now go on to compete with other European genre films for the golden Melies. And, speaking of, last year's Golden Melies winner, the sci-fi mind-blow Vanishing Waves received a special mention as well! Full list of winners is below. Congratulations to all!

The Audience, composed of the subscribers of the BIFFF grants the next prize:

The Prize of the Audience to Ghost Graduation by Javier Ruiz Caldera.

The UPCB jury including Cor Blancke, Alain Willaert, and Marceau Verhaeghe grants the UPCBprize to the film Pour vous servir, by Christophe Clin.