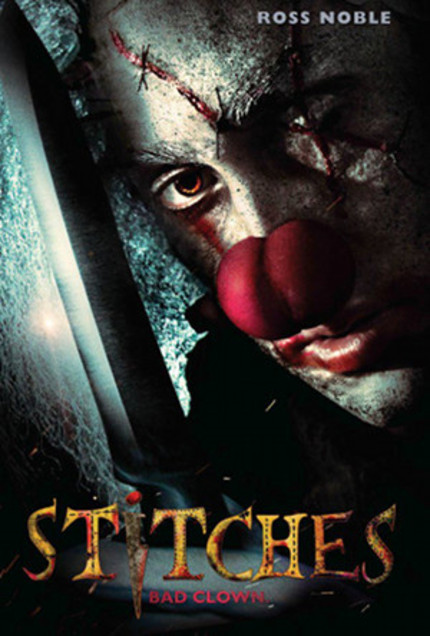 Here's a secret: Clowns hate us as much as we hate them. And their hatred burns so strong that if we kill them - even by accident - it will bring them back to exact bloody vengeance. Even - or perhaps especially - if the killers are just a bunch of obnoxious kids.

Ross Noble stars as Richard "Stitches" Grindle, a clown killed by a birthday party prank gone horribly - and hilariously - wrong. Years later, he is brought back from the dead by a cult of black magic clowns, and plots his revenge on the teenagers who killed him. Comedy and gore come together in this twisted tale of a very bad clown.

Directed by Irish splatter hound Conor McMahon (Dead Meat), Stitches is backed by MPI / Dark Sky who have just released the first trailer in the UK. Take a look below.