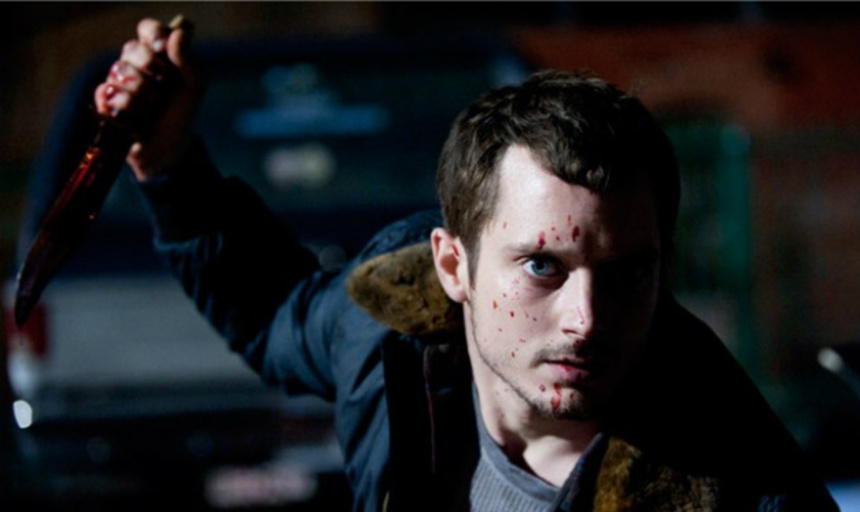 If you want to see Elijah Wood play a serial killer in New Zealand, you'll need to use your imagination, because the Office of Film and Literature Classification has banned Maniac from general screening there. The film may be shown at film festivals, but a DVD release will not be allowed.

Ant Timpson, who programmed the film for the Incredibly Strange section of the New Zealand Film Festival, said in a statement:


"The OFLC decision says that the film may be 'injurious to the public good' if it goes out on a wider release. It's saying that the POV nature of the film mixed with the psychopathic behaviour of actor Elijah Wood is more than disturbing, that it's potentially dangerous in the hands of the wrong person (that is, a non-festival goer). It's only my opinion but I simply don't agree with this decision," says Incredibly Strange programmer Ant Timpson.

"I can see the thought process behind it but I think it's rather big leap to make. I think it's interesting to see where the OFLC draws a line on this dangerous POV material because it could also segue into a discussion about the graphically realistic and violent first-person video games," says Timpson.
Maniac, directed by Franck Khalfound, is the first film to receive the special "festival-only" classification since 2007's The Bridge. The ruling means that Australian company Monster Pictures will not be allowed to distribute the film in New Zealand. In behalf of the company, Neil Foley said:


"Banning the film beyond festival screenings is an insult to the intelligence of the adult population of New Zealand and does little more than to serve as an open invitation to illegally pirate the film. We are flabbergasted,"

The New Zealand festival will screen the film on July 27 and August 1 in Auckland and in Wellington on August 9 and August 10.
Tweet Post Submit

Do you feel this content is inappropriate or infringes upon your rights? Click here to report it, or see our DMCA policy.
banned filmsElijah WoodManiacNew ZealandNew Zealand Film Festival