Review: PIETA, Searching For Humanity In An Unspeakable Monster 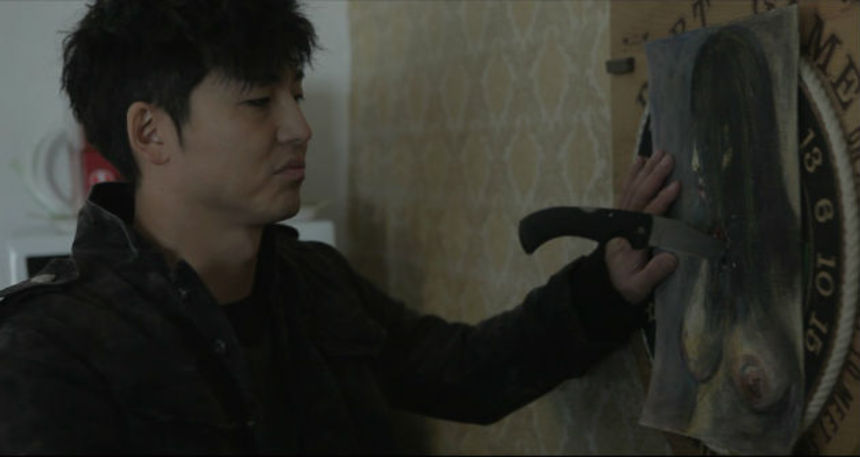 Throughout his career, Korean auteur Kim Ki-duk has been a director known to explore the extreme poles of human experience. The divide in his work, in the style and content of one film to the next, is often so sharp that it is hard to believe that they are the works of the same man. At one extreme there are films marked by a harsh nihilism, pictures driven by anger and degradation. And at the other end there are contemplative, peaceful works -- films that, while they acknowledge that the world is a dark place, find beauty and hope in human fragility.

With his 18th film, Pieta, Kim attempts something new. He fuses the poles together. But make no mistake: there is no middle ground to be found here, the extremes in no way cancel one another out; instead, both live in a sort of uneasy balance.

Lee Kang-do (Lee Jung-jin) is a brutal debt collector, a lone wolf operating entirely without conscience and positively brutal in his efficiency. The scheme is simple. Money is lent to poor tradespeople at a rate they cannot possibly afford to repay, with the borrowers forced to sign insurance policies against future injury and loss of income with Lee's employer the beneficiary. And when they inevitably cannot pay, it is up to Lee to cripple the debtors and collect on the policy.

Lee is perfect for the job. Cold-hearted and more than a touch sadistic, his future victims live in fear of the day he arrives at their door. He seems entirely devoid of any sort of humanity, completely unreachable and immune to any supplication. That is, until the day a mysterious woman (Cho Min Soo) follows Lee home claiming to be the mother who abandoned him at birth. The immediate result -- as with all things involving Lee -- is shocking violence. But when she persists, when she simply refuses to leave no matter what abuse he may heap upon her, Lee undergoes a curious transformation. One that leaves him more human, but also far more vulnerable. 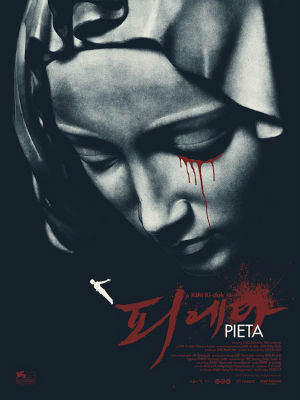 A filmmaker never afraid to challenge convention and notions of good taste, Kim loads Pieta with troubling, shocking, and even offensive imagery. This is not even remotely a film for the faint-hearted. But he does it all for a point, playing out a sort of savage redemption story, a film that begins with an unspeakable monster and then sets itself the task of finding that monster's humanity while asking what happens to the monster when he realizes that that is, in fact, what he is.

Though he is very much his own beast, Kim can also be very fairly looked at as a sort of Korean equivalent to Lars von Trier. He is a master provocateur playing out his own neuroses and obsessions on the big screen. Like von Trier, Kim never says anything quietly when he can shout. And like von Trier, his films don't always work. But when they do ... well, when they do, Kim is capable of creating work that disturbs and troubles and finds beauty in unexpected places. This is one of those films.

Review originally published during the Toronto International Film Festival in September 2012. Pieta is now available to watch via various Video On Demand platforms. It opens in limited theatrical release in the U.S. on Friday, May 17. Visit the official U.S. site for more information.