We always love a bit of blasphemy here at Friday One Sheet, and today's key art for Chris Smith's Consecration fits the bill. This design from The Refinery immediately evokes Ken Russell's 1971 masterpiece, The Devils. Not so much that its of the era or the poster (see below), but rather the overall production design of that film, and the contorted form of Vanessa Redgrave's unstable nun in the porcelain spaces of the nunnery.

Here, however, the figures lay face down on the distressed, but spotless, white floor tiles, rather than kneeling in contortion among the fingers of light (see below).

A blood stain snakes around the cross like a strange bastardization of the Caduceus medical staff. The paradoxical tagline, and the tiny credit block fight for space between the nuns. (And is it too much to ask that the title not edge in on the hem of the right-most nun's habit? C'mon designers, tighten up that kerning!) 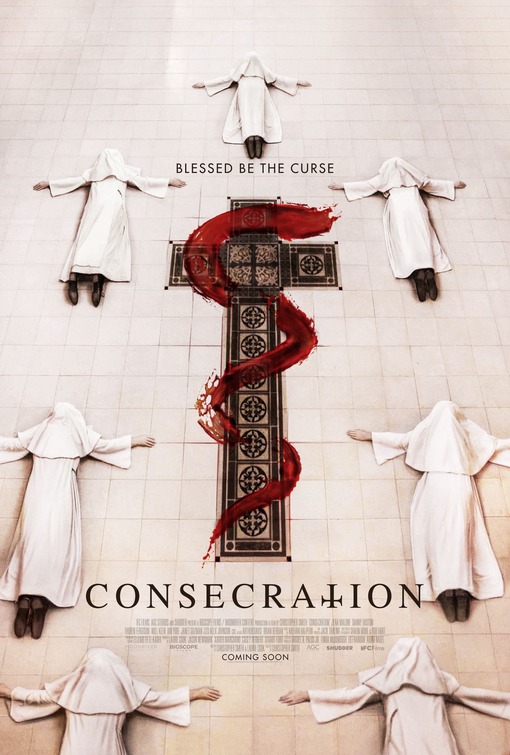 Either way, Consecration has big, big shoes to fill if it wants to go toe to toe with The Devils which is one of the all time classics. It takes a certain chutzpah to evoke its memory. 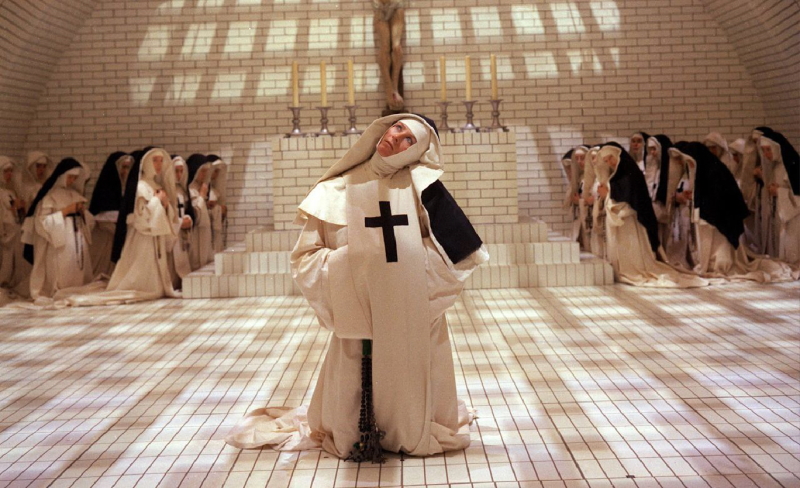 A big thanks to Twitter user @Tibirigo, who brought to my attention the Polish film, Mother Jones of The Angels, directed by Jerzy Kawalerowicz. This 1961 film which played at Cannes (and won the Special Jury Prize of that year), was also loosely based on 17th Century Loudun Possessions (the source of Huxley's novel which formed the basis for Ken Russell's The Devils) is an even greater influence to the above design. Boy Howdy is it ever!

The poster for that film is so similar, it may constitute copyright infraction! 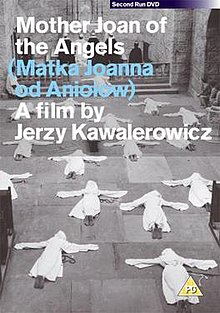