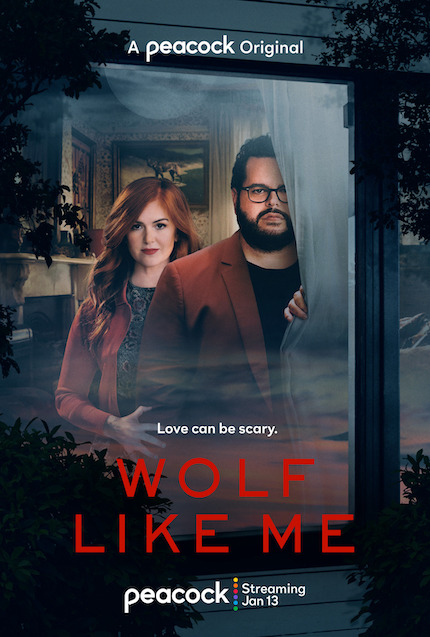 We've all got secrets.

Wolf Like Me
The six-episode series is now streaming in its entirety on Peacock TV.

Abe Forsyth, who made the outrageously funny and provocative Down Under (2016), as well as the absurdly funny and explicitly violent Little Monsters, fooled me completely with the first episode of his new series, which he created, wrote and directed.

Josh Gad (Little Monsters) stars as Gary, the befuddled father of 12-year-old Emma (Ariel Joy Donaghue), who is still grieving the loss of her mother when she was just 4 years of age. It's a sad and tender situation, which is broken up when Mary (Isla Fisher) causes an automobile accident, which, it soon becomes apparent, is a somewhat strange 'meet cute' starting point for an apparent romantic comedy.

Just when I was wondering what had happened to the funny, original and downright subversive filmmaker that I thought Abe Forsythe to be, the first episode came to its conclusion and I saw where it might be heading, a hunch that was more than met by the conclusion of the next episode.

Without giving anything away, Forsythe shows over the course of the six episodes that he remains a deft and agile scenarist and an equally gifted director. Isla Fisher is more than up to the role's subtle demands, Josh Gad makes for a pleasantly engaging and admirable father, and Ariel Joy Donaghue hits every note perfectly.

Fair warning: for the most part, the series is a kind, warm, and big-hearted exercise in seeing beyond appearances, marked by an enhanced Australian appreciation for a certain four-letter word and its permutations. It is gentler than I expected, and there are more knowing smiles and smart nods than LOL moments, but by the time the very, very good conclusion arrives, I was completely satisfied: it's brilliant.

If you luxuriated in James Gunn's The Suicide Squad last year, you've been licking your chops at the prospect of seeing Peacemaker (John Cena) take the lead in a series of bloody misadventures packed with action, profanities, and total nonsense.

Be assured that James Gunn was listening -- he's a good listener, as well as a very good writer and a more-than-competent director -- and Peacemaker, the series, is overflowing with many antics performed by the costumed hero, along with a misfit gang of cohorts, most notably Harcourt (Jennifer Holland). The squad demonstrates a degree of restraint, which maintain's Peacemaker role as someone who is willing to kill anyone anytime for the sake of peace, though often here he's bothered by his (*cough cough*) conscience or something that resembles a conscience, and so he too sometimes shows restraint.

Gunn knows to keep the nonsense flowing at a rapid, though entirely comprehensible pace, and this is an action-comedy series that richly rewards those who travel on its same frequency.

(Note: trailer below is NSFW.)

Surrounded by a number of folk-horror films that are newly available on Shudder,
director Kier-La Janisse's documentary "is an outstanding achievement in the academic treatment of genre filmmaking," according to our own J Hurtado. "Clocking in at nearly two hundred minutes, the film attempts to crown itself the May Queen of comprehensive examination of the topic, and with over a hundred films and more than fifty interviews addressed, it's fair to say that this is the unquestioned champion."

If you had any hesitation before, perhaps because of the running time, the film's arrival on Shudder will allow pausing as needed, to care for personal matters and/or reflect upon and absorb the educational value of a very good documentary that goes above and beyond our usual assumptions about such a documentary. It's what we call 'Essential Viewing.' 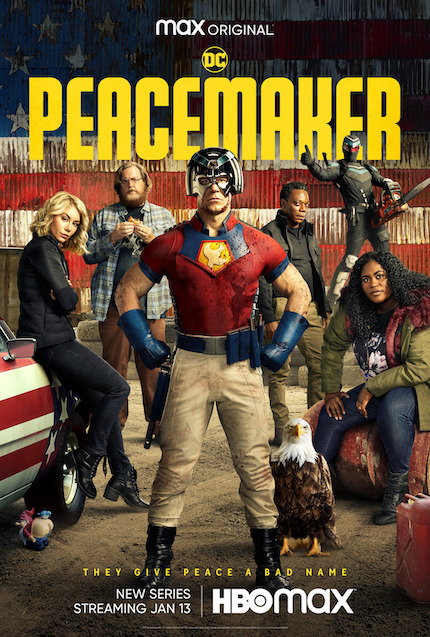 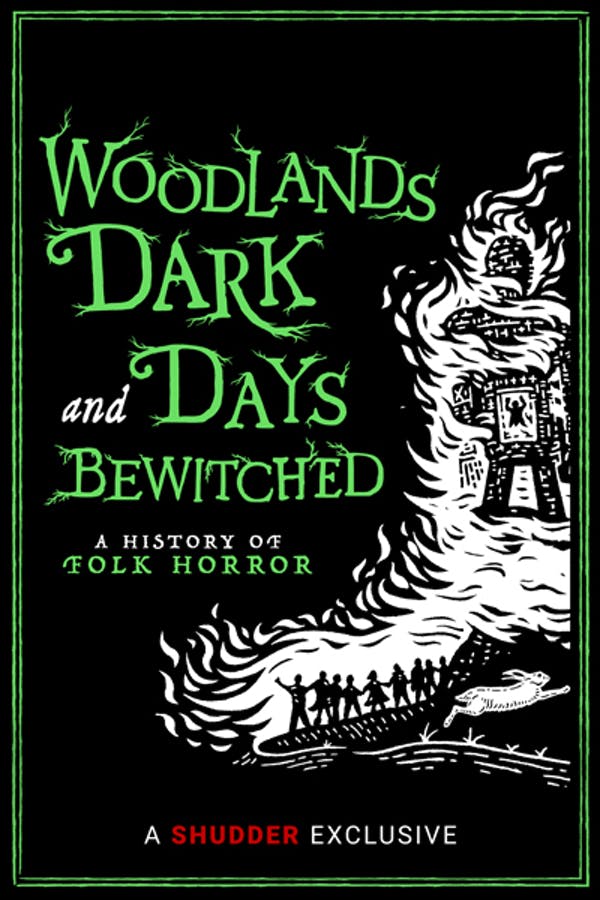 Do you feel this content is inappropriate or infringes upon your rights? Click here to report it, or see our DMCA policy.
Abe ForsytheAustraliaHBO MaxJames GunnKier-La JanissePeacock TVShudderUS