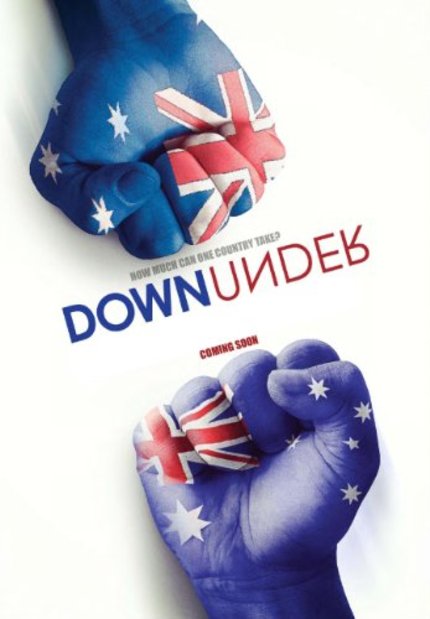 In December of 2005 the beach community of Cronulla just outside of Sydney, Australia became the focal point of several nights of race oriented rioting with simmering tensions taking shape in what began of a gathering of thousands of white Australians but quickly spilled into violence when part of the mob attacked a Middle Eastern man outside of a nearby hotel. They were scarring events for the nation, to be sure, fueled by ignorance, fear and stupidity and it's that general sense of stupidity that drives the comedy in Abe Forsythe's Cronulla riots set comedy, Down Under.

Yes, you read that right. Someone has made a comedy about actual, historical race riots. And it looks quite good.

A black comedy set during the aftermath of the Cronulla riots, DOWN UNDER is the story of two carloads of hotheads from both sides of the fight destined to collide. Sincere, though misguided, intent gives way to farcical ineptitude as this hilarious yet poignant story of ignorance, fear and kebab-cravings unfolds, and what was meant to be a retaliation mission turns into something neither side could have imagined.

Writer-director Abe Forsythe has been a prominent figure on the Australian comedy scene for quite a while now, the multi talented writer-director-actor-producer having a hand in a string of high end TV comedies and short films. Just his second feature - and first since 2003's Ned - Down Under could very well be the thing that launched Forsythe into the feature world in a big way as this looks to be just fabulously well made (and very funny) stuff. Down Under will premiere as part of the Sydney Film Festival, check out the trailer below.

Do you feel this content is inappropriate or infringes upon your rights? Click here to report it, or see our DMCA policy.
abe forsytheaustraliacomedycronulla riotsdown under