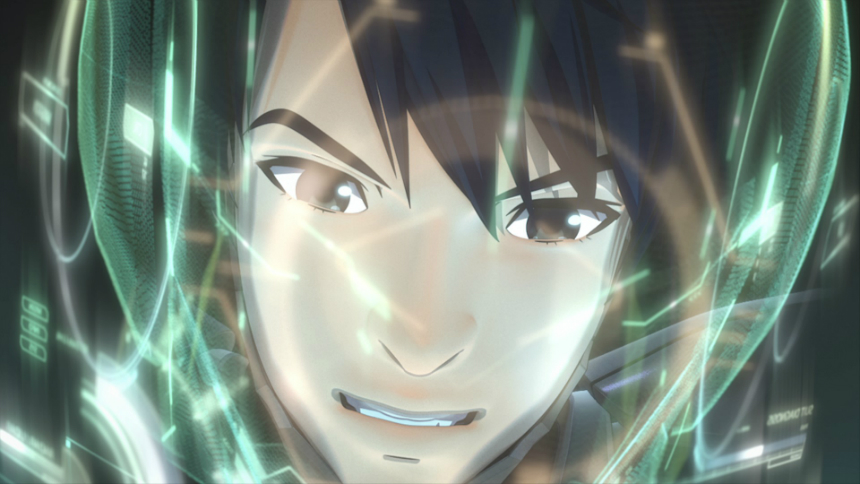 Will the real Ultraman please stand up ... and save Earth?

Ultraman dates back to the late 1960s, when the character was the star attraction in a Japanese TV series. We've covered various incarnations of Ultraman in the past; our own Todd Brown shared his enthusiasm way back in 2008 and again in 2009.

Now a new Ultraman returns to action in a Netflix original animated series. While I am definitely not someone who knows much at all about the character, I can say that I watched all 13 episodes in three binging sessions that were (mostly) highly enjoyable. For the unenlightened, the series introduces a world in which Ultraman has left the public stage after leaving a huge, mostly positive mark. He returns -- or does he? It seems that the human who assimilated with the God of Light has now aged out of the role and his son must be prepared to take over his heroic duties.

Meanwhile, a variety of other people would be very happy to be the new Ultraman, and it's all parceled out in a way that's fairly easy to understand and definitely easy to enjoy, what with all the action that keeps interrupting niceties like "drama" and "conflict."

One note: this is very much a "boy" series, intended for young men to chew upon. The only female character is a damsel in distress -- more accurately, a pop idol in constant distress -- so bear that in mind if you're a parental unit. (Also note that this really pushes the boundaries of TV-14 entertaining, as far as blood-gushing violence and, eventually, needless sadistic violence is concerned.)

Summing up: All in all, I enjoyed my binging sessions this week, and recommend a sample to see if it's to your taste.

The Twilight Zone
Now streaming on CBS All Access.

Hot on the heels of his highly-successful sophomore fright flick, Us, Jordan Peele hosts the fourth version of Rod Serling's classic series, and it's ... uh ... alright, I guess.

My own memories of Serling's original series remain very strong, based on watching the episodes on a daily basis in syndication in the early 1970s, and then again whenever they showed up on television. (I even contributed to a long series of articles that ran on this site in conjunction with the excellent Film School Rejects site, "Exploring the Twilight Zone" -- example here -- at the behest of my friend and inspiration Scott Weinberg.)

The first episode of the new series, The Comedian, falls into the 'nice try' category, though it's far too long and far too bereft of surprises to do much more than remind everyone that Rod Serling and his early 60s writing cohorts were specially gifted when it came to writing superbly tight and punchy scripts.

Then, like the 80s version -- which was above-average overall, in terms of creative talent and fresh new ideas and intriguing new treatments -- and the 90s retread, the new TZ remakes a classic episode from the original series. Borrowing from the fifth (and final) season, Nightmare at 20,000 Feet, first remade as part of Twilight Zone: The Movie (1983) and directed with a huge dose of anxiety by George Miller, is here upgraded to Nightmare at 30,000 Feet.

Following in the fine hysterical footsteps of William Shatner and John Lithgow, Adam Scott dials his paranoid delusions down considerably, which fits his usual style better, and also fits the refashioned episode better, since there is no improbable gremlin attacking the plane in which Scott is flying. Instead, fears and terrors that are no doubt familiar to the modern air traveler are introduced.

Directed by Greg Yaitanes, the episode revolves around a podcast that fuels Scott's paranoia, and it's perfectly OK, if you've never seen the previous versions. Until the end, that is, when it piles on one twist too many to 'meh' effect.

Summing up: Despite my reservations, I'm very curious to see if the series can establish its own distinctive tone over the remaining eight episodes of the first season. The original series is also available to watch on the CBS All Access streaming service.

As of this writing (April 4, 2019), the first episode is available to watch for free on YouTube:

Persona
Will be streaming on Netflix as of Friday, April 5, 2019.

That's the pitch for the Korean-language production, which will feature four short films, all starring "K-Pop singer-songwriter Lee Ji-eun, better known as IU," as Coming Soon reported last month. Here is how Netflix describes it in full:

"Persona is an anthology series composed of four short films, each of which is directed by four critically acclaimed directors, namely Lee Kyung-mi, Im Pil-sung, Jeon Go-woon and Kim Jong-kwan. The title depicts four personas played by Lee Ji-eun, through the lenses of the directors' unique storytelling."

Summing up: The trailer looks good, and it seems that the directors have each chosen a different approach in their short films.