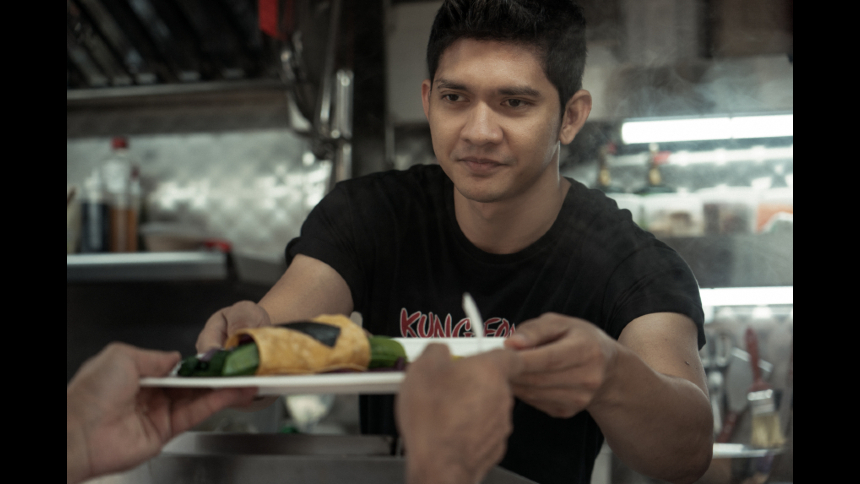 In modern-day San Francisco, the talented chef Kai Jin (Iko Uwais) dreams of opening his own place. His childhood friend Lu Xin Lee (Lewis Tan), now a car thief with a respectable auto-repair business as a front, offers the reluctant Kai the money to buy a food truck.

In the meantime, Kai helps out another childhood friend, Jenny Wah (Li Jun Li), by cooking at her restaurant one night. (Her younger brother, Tommy (Lawrence Kao), has "issues" that keep him away.) There, Kai runs afoul of Triad gang members, which puts him back into contact with Chinatown boss Uncle Six (Byron Mann).

Meanwhile, police detective Christine Gavin, aka CG (Katheryn Winnick), who is new in town, begins her latest assignment to infiltrate the criminal gangs. As if that's not enough, Kai encounters a mythical creature named Ying Ying (Celia Au), who comes from another realm of existence.

Now that's what I call a good pilot episode! Overturning my expectations of a rather straightforward martial-arts action picture -- we are talking about the great Iko Uwais as the star, after all -- the original series, created by John Wirth (Hap and Leonard, Hell on Wheels) and Tony Krantz (Dracula, 24), draws upon a lovely collection of influences to craft a 10-episode series that kept me eagerly watching. 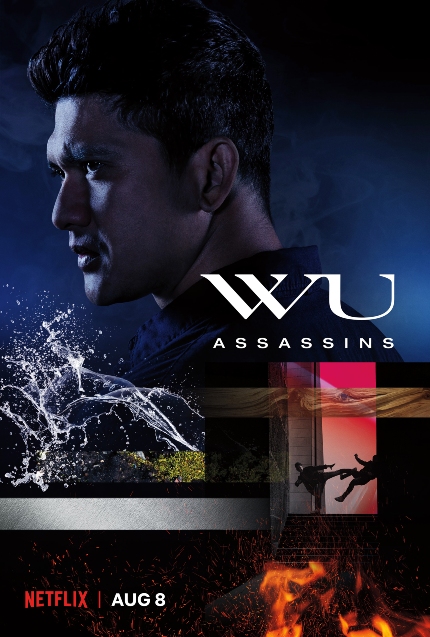 True, the series is most steady when Uwais is front and center. He's a magnetic leading man who has only grown stronger in the decade since Gareth Evans' Merantau, deftly commanding attention with his physical agility and strength, yet bolstering his own performance with a sure delivery of his sparing dialogue.

Here, Kai Jin is an Indonesian-Chinese man who was born and raised in San Francisco, and the series touches on the issues of discrimination against Asian-Americans that are present in today's America, exploding into a full-blown battle in one episode. We also get some sense of the discrimination against women that continues to be present in the modern day, especially (?!) in the criminal underworld.

Wu Assassins is not a series about discrimination or criminal justice or feminism of other isms, though. Primarily, it is about people kicking butts, primarily with the use of their heads and hands and feet, and it delivers a wondrous variety of action sequences throughout the 10 episodes.

It also dips back into the past, not only to provide background on the principal heroic cast, but also to supply the motives and driving forces behind antagonistic characters. The series also fleshes out the childhood friends to some extent, making their fates of greater interest.

Stephen Fung (Enter the Phoenix, The Adventurers) directs two episodes and sets the tone for the series, which attempts to corral a wild melange of martial arts, Chinatown crime, Asian-American issues, and fantasy adventure. The sometimes chaotic pattern is followed by Roel Reine, Toa Fraser (The Dead Lands), Kathryn Winnick, and Michael Nankin, who all helm their episodes with panache that doesn't draw attention to itself.

As with any episodic series, Wu Assassins varies somewhat in what each episode is able to accomplish, yet I found the series as a whole to be wildly entertaining, featuring a panoply of strong performances, with Byron Mann's dramatic characterization especially striking and on point. The length of each episode is tailored to the needs of that individual episode, which contributes to its easy, welcoming tone for action fans.

Summing up: Easy to binge and easy to enjoy.

Do you feel this content is inappropriate or infringes upon your rights? Click here to report it, or see our DMCA policy.
Byron MannCelia AuIko UwaisJohn WirthKatheryn WinnickLewis TanLi Jun LiNetflixTony Krantz