Now Streaming: INCIDENT IN A GHOSTLAND, Some Nightmares Never End 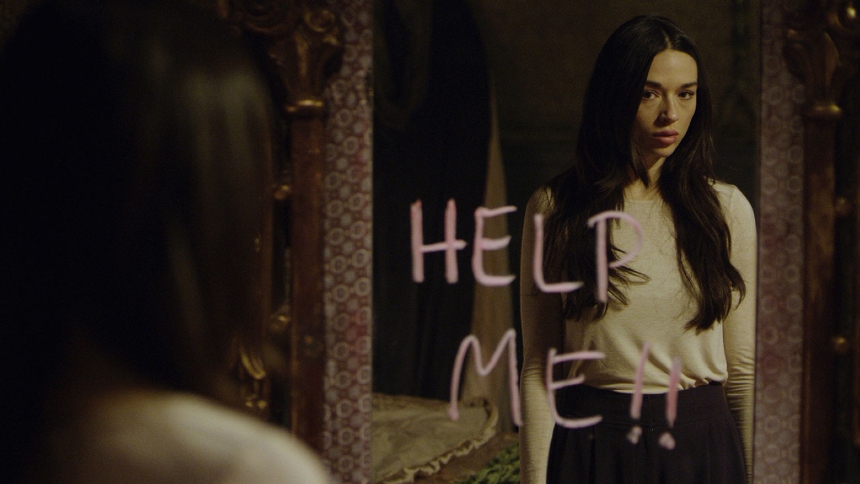 Incident in a Ghostland
Now streaming on Shudder.

They fight on the highway, they fight as they move into an old house in the middle of the countryside, they fight despite their mother's insistence that they stop fighting. Then, they are fighting for their lives.

Above all, Incident in a Ghostland is a tale about the deep bond between two sisters and how they are affected by a horrifying, deadly encounter. Trauma, the kind of trauma that sinks far into the soul and recalibrates the molecules in the nervous system, provokes many different responses, depending to some extent upon the individual's own experiences, physical condition, and mental status.

For example, Beth responds to trauma in a demonstrably different fashion than Vera, and both respond differently than their mother. This influences the storyline, which also reflects the influence of H.P. Lovecraft. Acknowledged in the opening frames of the film, Lovecraft's deft talent at telling disturbing, sometimes diabolical tales is manifested here. That's especially apparent in the ideas that lie behind Incident in a Ghostland, and in how it's told.

In large part, I was eager to see the film because of the presence of Crystal Reed, having just completed watching her in Swamp Thing. She certainly does not disappoint; she displays a striking, formidable command of her character and the situations in which she finds herself.

Similarly impressive are Emilia Jones and Taylor Hickson as the bickering / loving teen sisters, who are utterly convincing and very impressive in their performances, as are Anatasia Phillips and Mylène Farmer in roles that are not easy to contemplate.

I've avoided certain plot and character descriptions because that's how I watched the film. Some of the early sequences feature such distasteful and offensive actions against young women that I turned it off, slept on it, and then gave the whole thing another go.

Another confession: I didn't realize that Pascal Laugier wrote and directed Incident in a Ghostland until after I watched it. Laugier's Martyrs (2008) was one of the most divisive films of our time, by which I mean, when it played at Fantastic Fest, our coverage team was split down the middle into defenders and resistors. Although I was one of the resistors to that film's methods and themes, I can't rightly deny Laugier's filmmaking abilities, which contributed to the malaise and discontent I felt after watching his feature followup, The Tall Man (2012).

Laugier remains a talented filmmaker. Incident in a Ghostland demonstrates his capacity to disturb and unsettle. Some nightmares never end.

Summing up: Sisters confront strangers with murder and torture on their minds.

Do you feel this content is inappropriate or infringes upon your rights? Click here to report it, or see our DMCA policy.
Anatasia PhillipsCrystal ReedEmilia JonesMylene FarmerPascal LaugierTaylor Hickson

More about Incident in a Ghostland