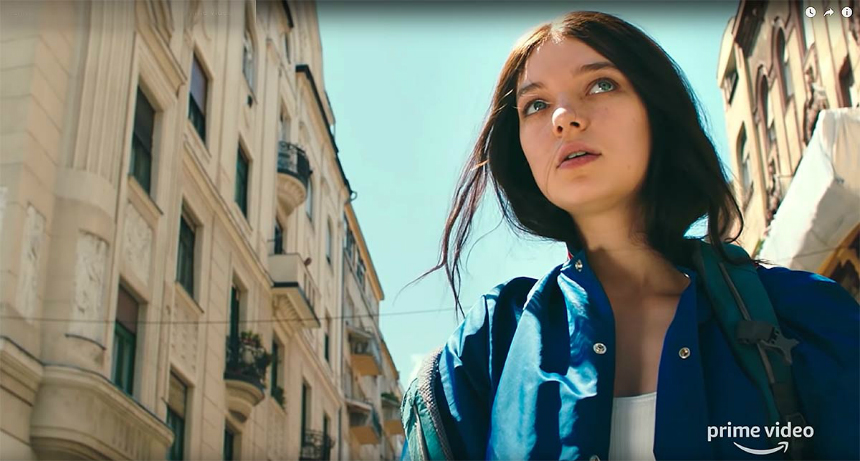 What's new this weekend: a young assassin has family problems, British spies run amuck, and a legendary filmmaker is celebrated.

Joe Wright's tight, tough, tense feature film from 2011 benefited most of all from Saoirse Ronan's commanding performance in the titular role as a teenage girl who's been trained by her father all her isolated young life to be a deadly assassin, for reasons that are not made apparent to either herself or the audience. Ronan, at that point known especially for her roles in Atonement and The Lovely Bones, was a real pleasant surprise as an action heroine.

I must be getting old and/or soft, because after watching the first three episodes (out of eight in total), I turned the show off to write this article. Written nearly entirely by David Farr, who co-wrote the screenplay for the film and created the series, the first two episodes retread portions of the original plot with a few twists.

Adroitly directed by Sarah Adina Smith (The Midnight Swim, Buster's Mal Heart), I was initially curious to see what changes might be in store. The third episode, directed by Jon Jones, lays out new directions that could eventually pay off nicely in the remaining five episodes of the season. Esme Creed-Miles (as Hanna), Joel Kinnaman (as her father), and Mireille Enos (as a master spy chief) are very enjoyable to watch.

The characters themselves, however, began to irritate me: protagonists acting badly and antagonists acting in a stereotypical manner (very evil, without much charm). And, frankly, watching wanton bloody slaughter and the terrorizing of innocent civilians in public places by shooting weapons in their general direction and setting off tear gas canisters really doesn't do anything for me any more, except make me nauseous.

Summing up: Hanna may play better as a weekly series than as a binge-worthy event. The action is plentiful, which is always a bonus if you're inclined in that direction.

Traitors
Will be streaming on Netflix as of Friday, March 29.

The presence of Michael Stuhlbarg in a prominent role makes me mighty curious about this six-episode series, which debuted last month on Channel 4 in the UK. And did you notice? Only six episodes! That sounds appealing, too.

Emma Appleton stars as a young English woman who "agrees to help an enigmatic American agent root out Russian infiltration of the British government" at the conclusion of World War II. Good enough for me to start watching this weekend.

Summing up: It looks cool, subtle, it has Michael Stuhlbarg, and it's only six episodes. (Did I mention that already?) Also, the trailer intrigues for its subtle demeanor.

In the fall of 1982, I saw Q, which is set in New York City, on a visit to New York City, and it remains one of my favorite theatrical experiences of all time. It combined my childhood love of monster movies with my burgeoning love affair with all things NYC and is, in many ways, it is the best possible way to remember the New York City that no longer exists.

Previously reviewed here by our own Kurt Halfyard, King Cohen is a very good documentary account of Cohen's life. I like the doc much more than Kurt did, but I likewise suspect that I like Cohen's films much more than Kurt does, so that's understandable. I loved Cohen's films and so I encourage everyone to watch this documentary at your earliest convenience and decide for yourself whether Cohen is someone whose work you want to explore further.

Summing up: Like all Larry Cohen films, this documentary is essential and, even better, vastly entertaining.