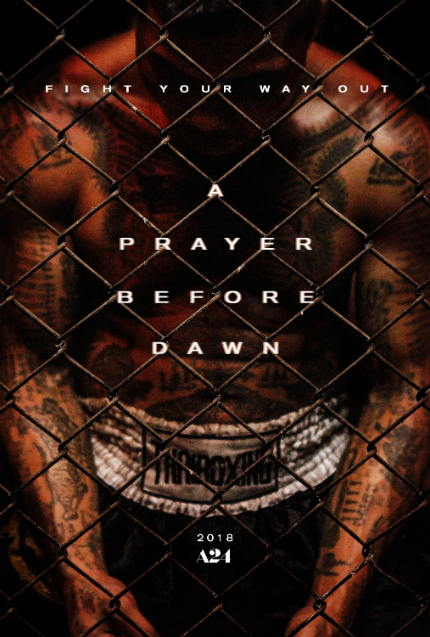 At first blush, A Prayer Before Dawn appears to be yet another tale of brutal, horrible Asia, seen through the eyes of an enlightened white man.

It's based on a true story, and the official synopsis leans heavily on stereotypes, selling it as: "The remarkable true story of Billy Moore, a young English boxer incarcerated in two of Thailand's most notorious prisons. He is quickly thrown into a terrifying world of drugs and gang violence, but when the prison authorities allow him to take part in the Muay Thai boxing tournaments, he realizes this might be his chance to get out."

Yes, yes, true story, innocent white man trapped with savages, we get it. Yet, here's the thing: it might actually be good. Ben Croll, who wrote for this site in the past, filed a review from Cannes when the film screened there in May. In his Indiewire review, he wrote in part that it's "less interested in the how's and why's of the real figure's story than it is in orchestrating one of the most unrelentingly intense symphonies of testosterone and rage ever put onscreen."

He also notes that the 'innocent white man' trope is not strictly true, since the lead character, played by Joe Cole, is a drug addict, which is why he was tossed into prison.

Combined with the action footage showcased, and the fact that much of the cast was drawn from real prison inmates ... well, it suggests putting the film on your radar for its release next year. Watch the trailer below.

More about A Prayer Before Dawn