The buzz throughout the week at this year's Cannes Film Festival seemed mostly dominated by a sense of waiting for one film from the Palme d'Or competition that would really break out. In the end, that one clear favorite never emerged and the coveted Palme d'Or was handed out Sunday to a film that had premiered on the second day of the fest. To be sure, Ruben Östlund's The Square was a worthy winner of the top prize and not entirely unexpected (I discussed it here). But looking down the extensive list of prizes points to a general trend. There were a lot of very high-profile follow-ups for notable filmmakers at the year's Cannes, and for the most part, these films did not disappoint. 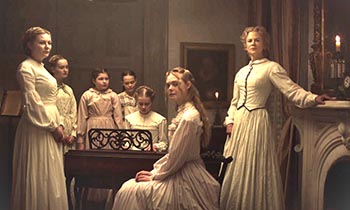 Perhaps at the very top of the 'most anticipated' list was Sofia Coppola's The Beguiled. This follow-up to her Cannes 2013-premering The Bling Ring is only the sixth feature by one of the most popular American auteur directors. So it makes sense that her Nicole Kidman, Kirsten Dunst, Elle Fanning, and Colin Farrell starring Civil War period piece was of the highest profile. The relatively late Wednesday premiere was met by a great critical response and went on to win the Best Director jury prize. It was very well deserved as the film is all kinds of fun from beginning to end. This is not some dry awards bait period piece. The Beguiled is campy, pulpy, and nasty and should go down as the just kind of guilty pleasure that many hoped Coppola would deliver.

More on The Beguiled in Shelagh's review. 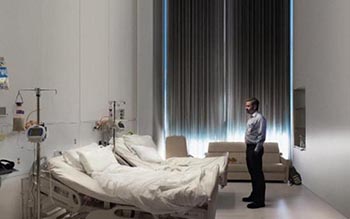 Also on the ridiculously anticipated list was Yorgos Lanthimos's The Killing of a Sacred Deer. This follow up to 2015's The Lobster from the director of Dogtooth tied for the jury's Best Screenplay award (which he shared with co-writer Efthymis Filippou). While critical buzz was a bit more mixed, I was totally engaged for the entirety of this super creepy familial thriller that also stars Nicole Kidman and Colin Farrell. The film oozes with style. And while still dipping into the weird, it is actually satisfyingly more straight forward than Lanthimos's earlier films. Shelagh agrees in her review where she praises Lanthimos for his "warped vision (that) finds an unsettling but effective home." 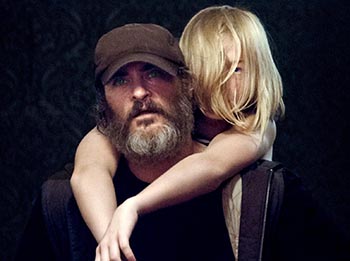 Sharing the Best Screenplay prize with Lanthimos and Filippou is Lynne Ramsay for her film You Were Never Really Here. Another highly anticipated follow-up, You Were Never Really Here is Ramsay's first film since the Cannes 2011-premiering We Need to Talk About Kevin. A brutal psychological thriller that has earned numerous comparisons to Taxi Driver, Ramsay's film also took home the Best Actor prize for its central performance by Joaquin Phoenix as a deranged hitman. The films has been critically acclaimed, especially for Phoenix's performance and the unsettling score from Jonny Greenwood.

Other awards handed out by the 2017 jury include the Grand Prix to Robin Campillo's 120 Beats per Minute, picked up for US distribution by The Orchard. Diane Kruger took home the Best Actress award for Fatih Akin's In the Fade. A Jury Prize was given to the much buzzed about Loveless by Andrey Zvyagintsev. And a special 70th Anniversary Prize was handed out to Nicole Kidman who acted in a remarkable four projects across the festival. The top prize in the Critics' Fortnight sidebar went to Makala by Emmanuel Gras and the Directors' Fortnight big winner was Chloe Zhao for her film The Rider which I discussed here and Shelagh reviewed here as well.

Do you feel this content is inappropriate or infringes upon your rights? Click here to report it, or see our DMCA policy.
CannesCannes 2017Colin FarrellFestival DispatchesNicole KidmanSofia Coppola