STARRY EYES Duo In Talks To Take Over MAMA Sequel 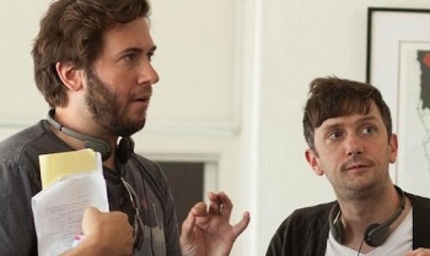 Dennis Widmyer and Kevin Kolsch, the writing and directing duo behind festival hit Starry Eyes, are in talks to take over the sequel to Andres Muschetti's Mama. They will rewrite and direct the sequel, according to THR.
Muschetti's film was a feature adaptation of his own short film that was executive produced by Guillermo Del Toro. THR noted that the original film was made for a measly $15 million dollars and went on to take in a box office of nearly ten times that amount; proving once again that the horror genre can be one of the most lucrative genres to make a film in.
Currently Widmyer and Kolsch rewrote and are attached to direct Exorcism Diaries for Summit Entertainment and they also directed a segment of XYZ Films' anthology pic Holidays (Todd Brown - blah blah blah - partner at XYZ - blah blah blah - you know the drill).
Get in line everyone else, this duo is becoming a hot commodity in the horror community!
Sign-In to Vote
Tweet 0 Submit

Do you feel this content is inappropriate or infringes upon your rights? Click here to report it, or see our DMCA policy.
Dennis WidmyerKevin KolschMamaStarry Eyes

Damn.Would rather see these guys do another original production than pick up an existing property. Will the Mama sequel be filmed before Exorcism Diaries?

Starry Eyes was completely awesome, and Mama was very Meh. So, hopefully they will breathe some fresh air into the stale lungs, and make Mama 2 really great.

Loved Starry Eyes, but was hoping their next work would be another original one...