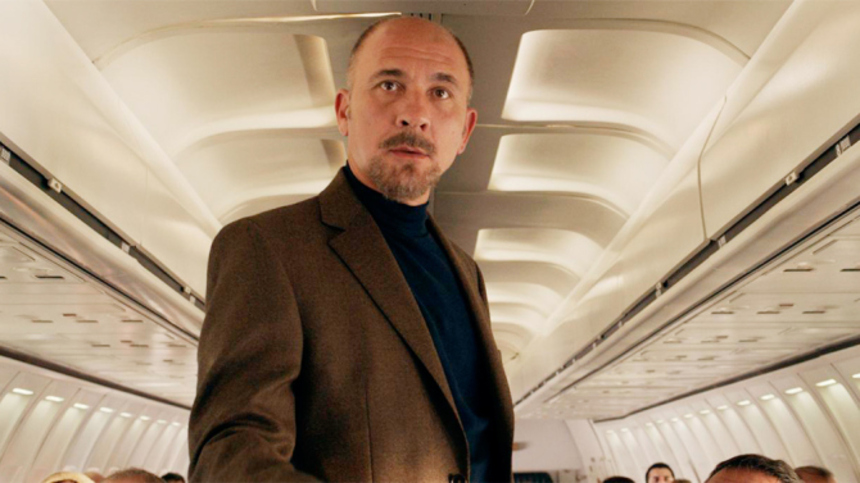 I've seen some of the best (and worst) films out of twenty years of doing festivals by seeing that random film that fits between two scheduled other screenings. Sometimes it works (it's how I discovered a love for Kim Ki-Duk, for example), sometimes it does not (most of time).

Add to the fact that masochists like me that never leave a screening, staying 'till the bitter end and often exuding more energy doing so than the filmmakers seem to have brought to the table, then lottery of the unknown film can sometimes be a deadly one.

That's how I found myself in a relatively short line for "some Argentinian film" as the person standing next to me put it when I asked what we were to see. I briefly looked up the title ("Relatos salvajes"? Salvaging your relatives, thought I...) and flipping through the guide I saw the words "romantic comedy".

I tell you all this because, frankly, this was perhaps the best possible way for this film to be seen, period. No expectations (if anything, lowered expectations), no idea who was involved in the production, nothing other than it was probably going to be some terrible South American romcom.

The first few minutes did little to disabuse me of this fact. As I said, my mantra is clear, don't leave. Less than a few minutes in, I felt like bolting, this awkward, coincidence filled conversation on an airplane.

Well, who am I to ruin the surprise. Know this: Wild Tales is a Palme D'or eligible (and worthy) film, it's indeed a comedy, and wherever it's playing, you should rush out to see it.

For those insisting on being a little bit more spoiled, you should know that it's produced in part by Augustin and Pedro Almodóvar, directed by Damián Szifrón, and is easily the funniest film of this often dour festival. The comedy is bleak and nihilistic, entering Monty Python levels of acerbic absurdity that often astonish.

It's an anthology piece, akin to Meaning of Life with its chapter-like segments of various lengths. Some are good (the towtruck, the diner), some are great (the opener), and some are downright astonishing, including what maybe the best road-rage segment since Duel and the best (Jewish) wedding scene in maybe forever.

One segment involving a family may not be the funniest or bleakest, but it's an exceptionally taut piece of film-making. The performances throughout are pretty top-notch, a sense that each participant is bringing their heart and soul into their often broad portrayals.

I think it's a film that'll work if you know about it, but I had such a delightful experience having the (red) carpet pulled out from under me that I'm reticent to say too much about what makes it work. This is truly one of those "trust me" films, one where you just should go, no questions asked, and experience it as fresh as possible.

Comedy is so hard to get right, particularly for an international audience, without devolving into the most overt of physical humour. This film has plenty of funny, to be sure, but it equally has the rarer attribute of wit, a smartness to the script that knows when to turn the lights down and have things go dark, even somber. This contrast of course makes the highs seem even higher, and Szifrón seem to have mastered this black art.

The film is at its core an examination of a fundamental existential question - just how are we going to behave when put into a situation of great jeopardy or upheaval. In each chapter, a quite ordinary situation (a plane trip, dealing with a hit-and-run, dealing with the city's towing service) escalates into levels both absurd and profound. This is a kind of comedic though experiment, a Twilight Zone or Amazing Tales dealing with much more quotidian horrors, showing through humour how certain behaviour if unchecked can lead to quite surprising conclusions.

Seen individually, these are funny and profound short films of varying quality, while collectively they form a quite visceral experience. You feel yourself waiting for the shoe to drop as each segment takes place, and even then the writers are savvy enough to undermine our expectations.

Absolutely one of the highlights of Cannes 2014, Wild Tales may be the most universally adored film of the fest, even if it's not quite getting the respect I feel it may deserve. Still, it's an exciting and energizing achievement in film-making, a truly funny work that's equally deep and philosophical, all while not taking itself too seriously.
Tweet Post Submit