Peter Martin
Managing Editor; Dallas, Texas (@peteramartin)
Tweet Post Submit
In the latest edition of our bi-weekly Latin Beat column, we take a look at upcoming releases in Chile, and also share a peek at documentary festival FIDOCS. We have two reports from Mexico, one on the film festival Distrital's awards, and the other about a John Ford retrospective. We also have the trailer for Brazil's fantastic animated Boy and the World (aka O Menino e o Mundo), along with news of a distribution deal in North America. 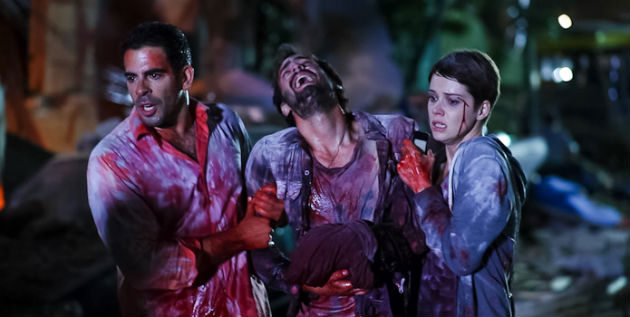 Aftershock, from director Nicolás López, debuted in the Midnight Madness section at the Toronto International Film Festival in September 2012, and is finally making its way home to Chile. Eli Roth, Ariel Levy and Nicolás Martínez star as clubgoers who survive a disastrous earthquake, and then find themselves fighting to stay alive.

Our reviewer, Jason Gorber, concluded that the film "manages to shake free from expectations of banality, creating an extremely effective, unsettling experience." Audiences in Chile can decide for themselves when Aftershock opens on June 12.

The Dance of Reality is the latest film by Alejandro Jodorowsky, who was born in Tocopilla, a coastal town on the edge of the Chilean desert. The project was shot on location there, and the filmmaker drew from his own life for inspiration, creating a richly imaginative fantasy with roots in reality.

In his review, Twitch's Brian Clark observed: "Even when Jodorowsky veers towards accessibility, he's still plumbing greater emotional and intellectual depths than even the most purposefully-bizarre surrealists." The film is set for release in Chile on June 19.

Also due out on June 19 is Mejor Estar Solo, for which we have a trailer that helps explain why the film calls itself an "anti" romantic comedy; Rodrigo González Larrondo directed.

Finally, Festival Internacional Documentales Santiago Chile, or FIDOCS, gets underway on Tuesday, June 23 and runs through June 29. The final lineup will be announced tomorrow (June 11), and we hope to have more information for you after that. Here's the official site. 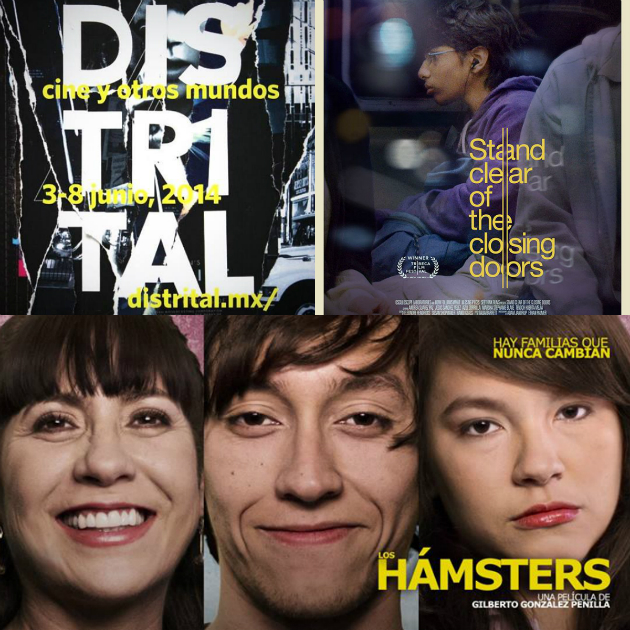 Distrital is a short yet important film festival in Mexico City. This year the festival awarded two films in its lineup; on one hand, there was the Audience Award for Best First Film, and on the other, the Young Jury Award. It’s worth noting that aspiring Mexican film critics formed the Young Jury, after being the finalists of a criticism competition (the winner went to Cannes instead).

The young critics chose Standing Clear of the Closing Doors as best film, which is, according to our own John Jarzemsky, “one of those rare tone poems that successfully straddles the line between an abstract avalanche of emotions and images and true narrative, complete with arcs, climax, and resolution.” Read the full review here.

The audience’s favorite debut movie was the Mexican The Hamsters (Los Hámsters), directed by Gilberto González Penilla. I also really liked it and it’s definitely one of the best Mexican films so far this year. Here's my review.

Mexico City’s Cineteca Nacional (the Cinematheque) is hosting a little John Ford retrospective, focusing on the silent years of this legendary American filmmaker. Titled “John Ford: The Silent Years,” the film exhibition kicks off today (June 10) and lasts until June 14. It is part of Cineteca Nacional’s “History of Cinema” program, with the intention of bringing the work of classic auteurs to new generations.

This is the full schedule of “John Ford: The Silent Years”: 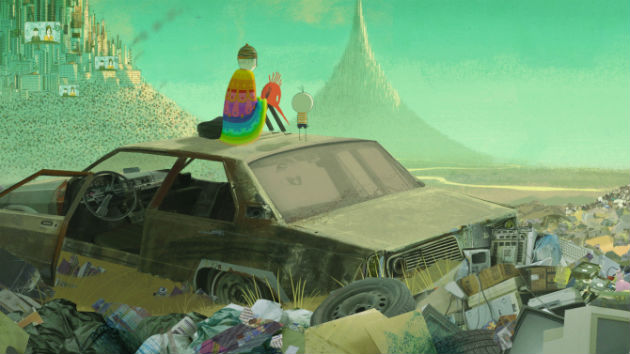 In our last column, we noted that Walter Salles is planning an animated Noah's Ark film project. Now comes word, via Variety, of another major Brazilian animated feature.

Hand-drawn and dialogue-free, Ale Abreu's Boy and the World (aka O Menino e o Mundo) is described as "the tale of a small child’s epic discovery of the modern world." It's already picked up multiple festival awards, and Variety reports that GKids has snapped up North American distribution rights. GKids is the New York-based distribution outfit behind the Academy Award-nominated The Secret of Kells in 2010, A Cat in Paris and Chico & Rita in 2012, and Ernest & Celestine in 2014.

Here's more about the film, via official statement:

"The young boy’s journey unfolds like a tapestry, the animation taking on greater complexity and variety as his small world expands. Simple line drawings of the village give way to broad brushstrokes forming giant bushels of cotton lining country roads and sweeps of pastel churned into roaring waves …[ultimately depicting] the clash between poor and rich, countryside and city, indigenous and imperial, handcrafted and mechanized.”

Release dates have not yet been announced. The film has sold in more than 20 territories so far, including France and Belgium. You can watch a trailer below.