Peter Martin
Managing Editor; Dallas, Texas (@peteramartin)
Tweet Post Submit
Two local films will be opening in theaters in Chile over the next couple of weeks, according to Jaime Grijalba Gomez, our Santiago-based correspondent. Are they worthy of your time and attention? Let's take a closer look.

"It's not everyday that a Chilean mutt reaches the silver screen."

The idea of a dog movie may cause an instant reaction -- "Next!" -- but watch the trailer and a different idea quickly emerges. Director Sergio M. Castilla (Gringuito) calls this his most personal film.

He made his career in the United States for some 20 years before returning to Santiago, Chile in 2008, and, according to a recent interview one of the big things that caught his attention were the large number of abandoned dogs he saw in the city. He decided he wanted to make a movie about humans who were similarly abandoned, and drew upon his own experiences in making the movie.

More information is available at the official site. It opens in Chilean theaters on Thursday, May 21. You can watch the trailer below. 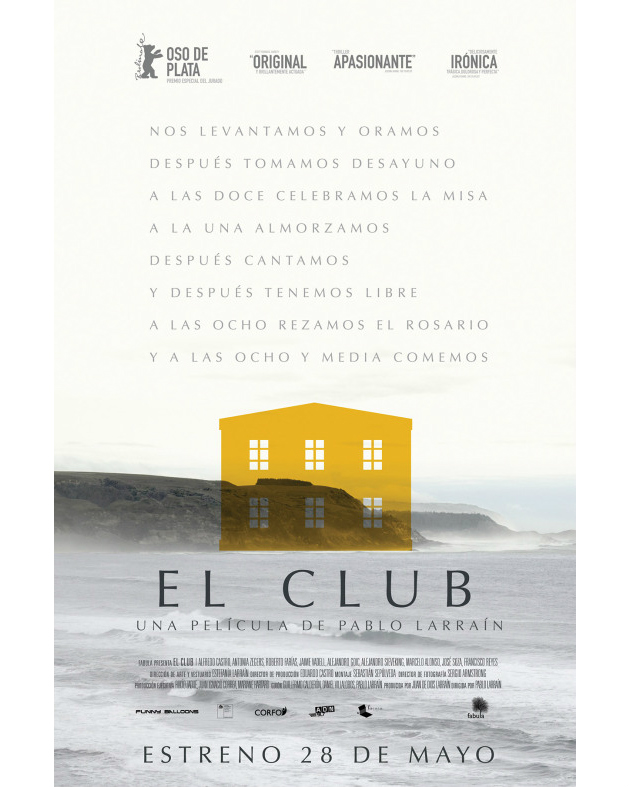 The latest from Pablo Larraín, the acclaimed director of Tony Manero, Post Mortem, and No, looks quite moody and dramatic, judging by the trailer. Here's the official synopsis:

A crisis counselor is sent by the Catholic Church to a small Chilean beach town where disgraced priests and nuns, suspected of crimes ranging from child abuse to baby-snatching from unwed mothers, live secluded, after an incident occurs.

The film debuted at the Berlin film festival in February, where it won a Silver Bear award, though it doesn't appear to have gained many distribution deals. Too hot an issue? It opens in Chile on Thursday, May 28.

More about The Club