Review: THE DANCE OF REALITY, Jodorowsky Finds Magic In Reality 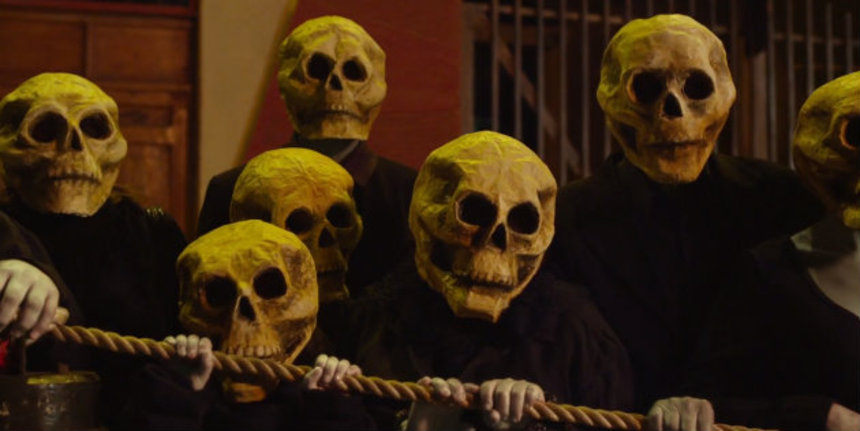 When we first meet the young-boy version of Alejandro Jodorowsky in his new "imaginary autobiography" The Dance with Reality (aka La Danza de la Realidad), he is wearing a long blond wig and watching in terror as his dad brawls with two effeminate clowns under a colorful big top. So yes, anyone who worried that the Chilean master of surrealism might be dealing with "reality" in the objective sense of the word this time needn't have.

Instead, Jodorowsky delivers a sprawling account of his formative years growing up in Chile that is weird, funny, brutal and ultimately, quite touching. It's The 400 Blows filtered through Voltaire and Fellini, with Jodorowsky's singularly bizarre sensibility keeping it anchored in a world removed any we've entered before (save for the director's other works).

And yet, while it bears many hallmarks of his past work -- clowns, deformed amputees, dwarfs, mysticism and episodic structure all play key roles in the story -- Jodorowsky is actually breaking new personal ground here. By new ground, I mean this is a much more linear, earnest and accessible movie than his previous work. That is to say, those hoping for nothing but the violent, desert-acid trip storytelling of his most canonical films like Holy Mountain and El Topo may want to adjust their expectations.

Adapted from his novel of the same name, Jodorowsky's story chronicles his childhood in the Chilean town of Tocopilla. His father is a complicated, volatile man, fiercely adamant that Jodorowsky toughen up and stop showing so much sympathy to the disabled bums around town. In his dad's book, part of becoming a man is being able to undergo a major dental operation without anesthesia. This scene is as difficult to watch as it sounds.

Meanwhile, his father is also part of an underground communist group trying to bring power and aid to the nation's suffering people -- a seemingly empathetic goal which seems completely at odds with the personality of the man to which we were previously introduced. Jodorowsky's mother is pretty much the foil of his father -- a lovely, buxom, compassionate woman who delivers all of her dialogue in operatic song. It should be noted that she has quite a bit of dialogue.

The film paints a portrait of the trials and tribulations of an imaginative boy growing up in an environment of personal and political oppression. This setting continues to anchor the entire movie, but the plot really takes off during a fictional section when his dad sets off on a quixotic quest to assassinate a fascist general, Carlos Ibanez. 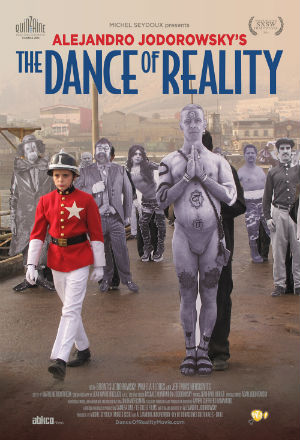 Regrettably, forced likely by budget constraints to shoot the film digitally, a great deal of Jordorowsky's aesthetic sensibility has been compromised. Perhaps the director and cinematographer Jean-Marie Dreujou didn't fully understand how to light HD for maximum atmosphere, or perhaps Jordorowsky's imagination just translates better to the texture of celluloid, but either way, it's a far cry visually from his best work.

And yet, the images he captures are still stunning in their way, and show just as much imagination and personality as anything he's ever done. And, a few incredibly brutal scenes of violence (all staged with a light comic touch no less), the film makes as much of a visceral impact as any that I've seen recently.

In fact, it's so easy to get so wrapped up in the consistently engrossing vignettes that you miss the real trick that Jodorowsky is pulling off. That is, until the haunting final sequence. Here, I suddenly realized that Jordorowsky had captured something delicate and magical about the subjective nature of memory and of youth itself, something simultaneously enormous and subtle, which many filmmakers have tried to explore, but few have really managed to evoke, and certainly not with such compassion. For me, it packed a real emotional wallop, and proved that even when Jodorowsky veers towards accessibility, he's still plumbing greater emotional and intellectual depths than even the most purposefully-bizarre surrealists.

After a 23-year hiatus from filmmaking, brought about mostly by problems securing financing, it's encouraging to see Jodorowsky in such great form. And with Jodorowsky's Dune making festival rounds and Ritual - A Psychomagic Story, which was inspired by Jodorowsky's books, on the way, it seems that the director has once again become a vital, relevant force in cinema. Here's hoping his next film doesn't take as long.

Review originally published during the film's European theatrical release in June 2013. It opens in select U.S. theaters on Friday, May 23. Visit the official site for more information,

Do you feel this content is inappropriate or infringes upon your rights? Click here to report it, or see our DMCA policy.
Alejandro JodorowskyLa Danza de Realidad