Kurt Halfyard
Contributing Writer; Toronto, Canada (@triflic)
Tweet Post Submit
This week's entry of New To Netflix continues with more time travel. Cinema itself is kind of a time machine, so watch as I contort this notion. Transporting us back to a time and place, or at least an idea of such.
Peter Chan's sumptuous Dragon (aka Wu Xia) uses time to visualize an investigator's thoughts on constructing past events. Steven Spielberg's Munich looks back at a particular moral conundrum in 1973. Jack Hill's Coffy offers the perfect fantasia of Blaxploitation in the same year. Robert Zemeckis' Back To The Future threatens incest (but remains light and charming) in a quaint notion of both the 1950s - and of the 1980s for that matter. Cloud Atlas says there is not much difference across the whole of human history, folks is folks and existence is struggle. Rounding things out, Kevin Smith's religion-horror curio, and Lucy Walker's recent documentary on snowboarder Kevin Pearce. Onwards. 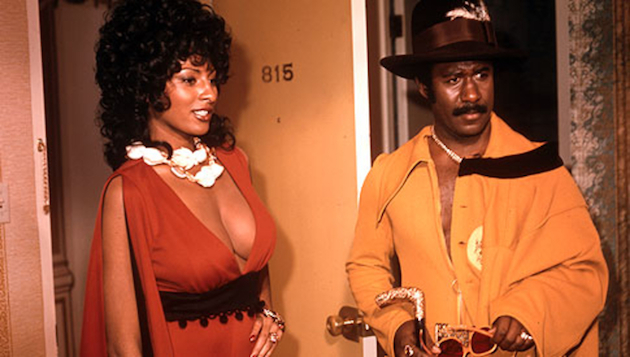 New In The USA: COFFY

If Shaft is the king of 1970s black cinema, then Coffy is most certainly the queen. Making a sex icon of Pam Grier while offering up some damn fine entertainment as she seduces and avenges her way through a bevy of pimps, drug dealers, corrupt cops and mafia lords. 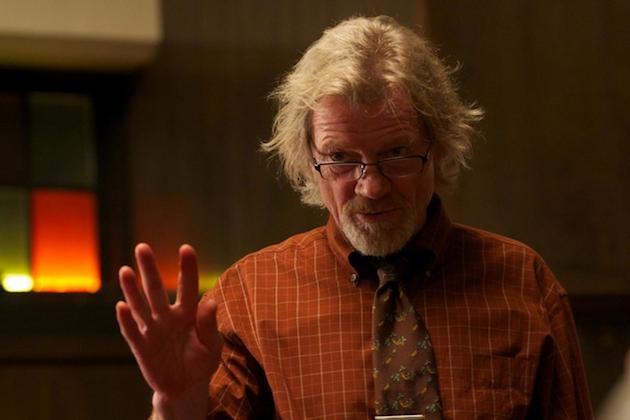 Kevin Smith turns a riff on the nutbar pastor Fred Phelps into a satire, a horror and a siege film with the help of a jittery hand held camera and some fine performances from Michael Parks and Melissa Leo.

Those willing look past the fish-in-a-barrel skewering of very easy targets and focus instead on the sturm und drang that Smith manages to carry for 90 minutes will get a zesty enough enterprise that belies the comfort zone the filmmaker has been in for the bulk of his career.

Far from a perfect entertainment, Red State is still a solid entry in the growing list of new century cultist (Kill List, Martha Marcy May Marlene, House of the Devil) films and manages to keep its audience guessing right up to the very end. 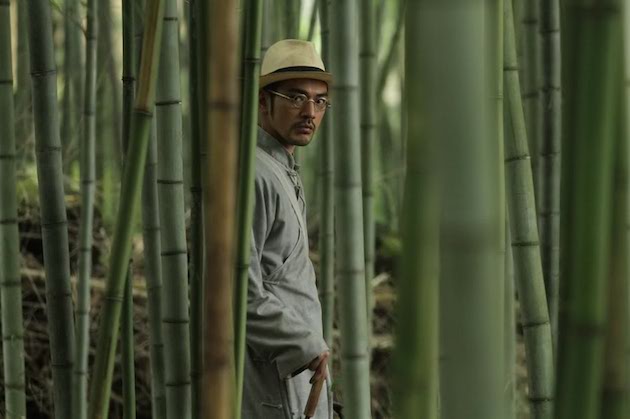 New In The UK: DRAGON (aka Wu Xia)

Beauty has always been a factor in the the wuxia genre, and Zhang Yimou, Chen Kaige and Ang Lee of course brought this to a whole new level in the early 2000s. Peter Chan continues this tradition here with stellar production values and some glorious action sequences.

Set in 1917 in early Republican China at Liu Village on the border of Yunnan, a sinful martial arts expert wants to start a new tranquil life, only to be hunted by a determined detective and his former master.

But the investigation aspect, embodied nicely by Takeshi Kaneshiro's performance in the first half of this film offers something new and exciting and it couples well with classic choreography offered from Donnie Yen. 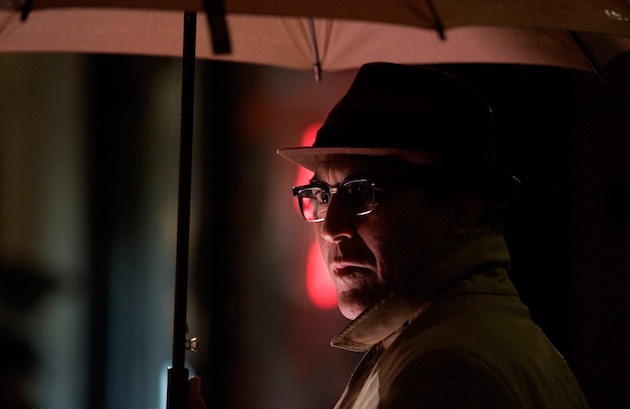 Taken with the charming and spry Catch Me If You Can, Munich offers the best in late-period Spielberg. Recreating the massacre of jewish athletes at the 1972 Olympic Games by the PLO and the ensuing retaliation operation by the Isreali government that followed, the moral quagmire essayed here by Spielberg and his screenwriters finds the filmmaker as his darkest and most troubled.

It makes for a really great paranoid spy game, but never loses its dramatic heft to its offered thrills and packs a very difficult ending. It also features a remarkable cast doing quite remarkable work. 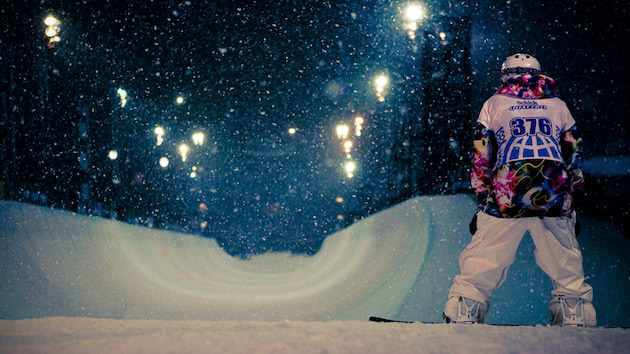 New In Mexico/Brazil: THE CRASH REEL

With a wicked soundtrack and an acute visual style, Waste Land director Lucy Walker chronicles the trials and tribulations of American Snowboarder Kevin Pearce via two decades of sports and verite footage.

In 2010 Pearce crashed hard and sustained head injuries that should prevent him from continuing ever competing again. Despite warnings that even the slightest blow to the head would be enough to kill him, Pearce pushes onwards. 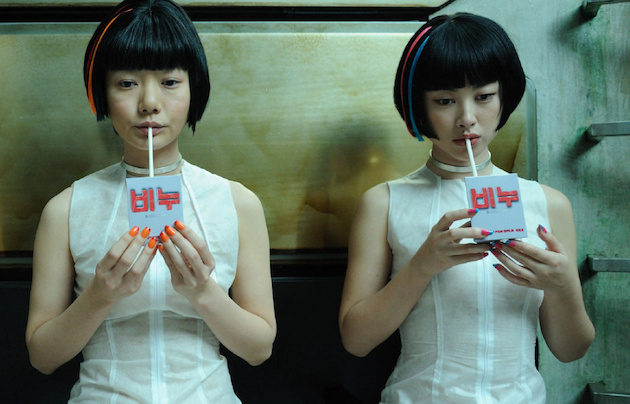 "An exploration of how the actions of individual lives impact one another in the past, present and future, as one soul is shaped from a killer into a hero, and an act of kindness ripples across centuries to inspire a revolution." There is your official synopsis.

Personally, I am not the biggest fan of The Wachowski's (along co-director Tom Tykwer) soul searching by way of liberal make-up and latex application. But, I do admire the overall ambition in their attempts to corral David Mitchell's supremely stuffed novel into some kind of watchable structure by the sheer force of editing prowess.

Also, the message of 'breaking down barriers' in both ancient times and the far flung future is pretty universal of the human condition, even if the execution is not always up to snuff. 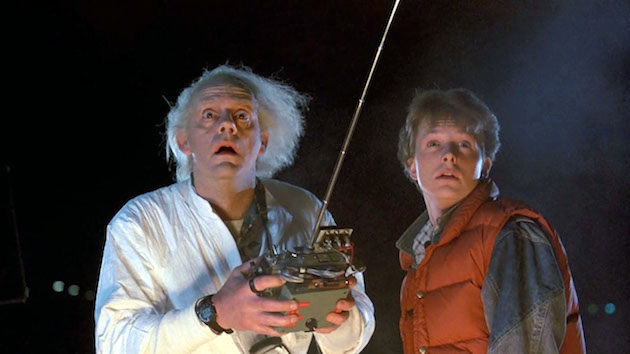 New in The Netherlands: BACK TO THE FUTURE

One of the glorious examples of myth-making in the decade that specialized in blockbuster cinema. It is fun for the whole family, even as it manages to sneak in a mother trying to have sex with her son. You see the son is desperately rebuffing her so she can instead get down with his dad and thus hold together his 1980s nuclear family (and his own very existence.)

Yea time travel. Nevertheless the whole affair manages to be entertainingly silly and yet pretty damn smart, too. This is best embodied in the inability of a scientist to properly pronounce the prefix "Giga."

More about The Crash Reel