Welcome to my coverage of the Melbourne International Film Festival. I aim to bring you daily updates over the next 17 days of the definitive films that certainly got my attention, as well as links to past ScreenAnarchy reviews to ensure you have all the information you need regarding your MIFF picks. Check out ScreenAnarchy for the previous five days of dispatches, including our first review for Like Father Like Son here.

Today escalated from quiet, observed, somber films to extreme sport and extreme violence - a strange bell curve but that is how festivals sometimes go.

I started my cinematic outing with Irish sobering teen drama What Richard Did and followed that up with Wang Bing's minimally observed rural Chinese documentary Alone. After a much needed glass of red, I made my way to another documentary: the HBO films produced snowboarding character piece The Crash Reel. Finally I made my way to the final session, to be introduced by Jia Zhang-ke, his latest Cannes outing, the dull Touch Of Sin. 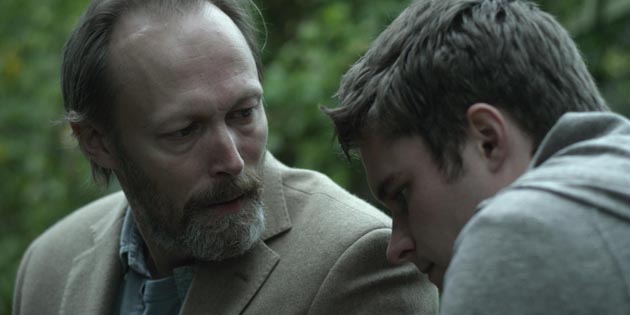 In What Richard Did, the titular Richard is a successful rugby playing, family loving, all-round nice bloke who seethes with unearthed feelings. At first it is subtle; a small action here, a knowing glance there - but we as the viewers know from the title alone that Richard is going to 'do' something, and that animosity is always there.

Friendly camaraderie and funny insights into teen society as well as the genuine hilarious things the lads say start this tale off on a light note. Even the general morose coldness of Ireland seems that much brighter. As characters are introduced naturally throughout the course of a typical week the group dynamics change and you get enough of a glimpse to relate and quickly gauge the issues they have.

Richard himself is on the straight and narrow, destined for great things. He has a support base and plenty of charisma. He is a naturally stoic leader - a well prepped mild mannered young man. After we get an idea of his relationships, it becomes a tense waiting game to uncover when the trouble will start and in those moments (when Richard is contemplating) you worriedly ponder what he is really thinking.

After Richard does what he does, he sets in course the slow grinding gears of inevitability that changes his world both internally and externally as he struggles with the weight and responsibility of it.

It is a somber aftermath. There is no thrilling drama or intense revelation. The skies darken but the tone does not really change. And this is precisely the point. Life goes on no matter how fucked up things get.

Some of the stronger scenes come from the supporting cast. Lars Mikkelsen in particular gives a powerhouse performance as a dad struggling with the burden of what his son has done.

When all is said and done, What Richard Did is a quietly powerful drama that observes a crisis and the messy aftermath of decision that follows it. It feels slightly distant and at times lacks the impact it assumes it has, particularly when accompanied by an annoying piano score, but this is a solid and impressive work regardless. 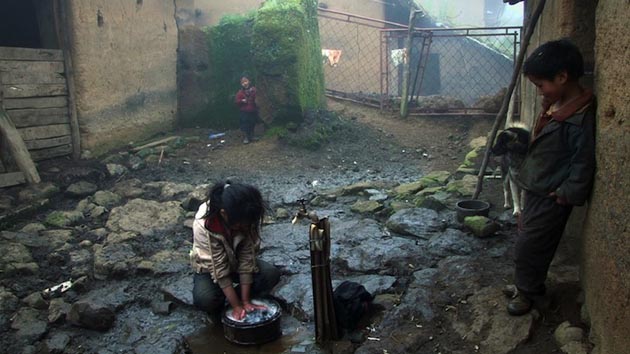 Alone (Three Sisters - San zemei is the title I prefer) is a minimal, practically wordless, dirty digital fly-on-wall verite documentary. It is set in the high mountainous desolate plains in Yunnan and follows Fen and Zhen, two daughters under ten years old and their eldest sister (I don't think her name was mentioned) who is about thirteen.

In a no-frill matter-of-fact way, the film presents us with the basics: they are sisters they live here on a farm and the film proceeds for a long time simply following them perform daily farm duties. Despite their age, it seems their parents have abandoned them but it is more complicated than this.

It is a wild rural lifestyle they lead and it is sad but not exactly tragic as they survive and know how to live their lives. It is later revealed they are taking care of their grandparents and their father lives and works in the city. He returns later to take the two youngest with him, leaving the eldest to continue school and look after her grandparents on her own. You really feel for her plight the most.

There is hardly any genuine communication. Every character is going through the motions of monotonous work-centric existences. Their guttural mumblings are barely heard over the single television that is broadcasting culture and modernity to the (literally) unwashed masses. Wang himself acts as the conduit for us in rare moments. He asks one or two questions (questions we were already thinking).

Alone is a slice of particularly difficult life, it is interesting if you want a glimpse into a difficult situation, but if you are not on board it proves a patience tester, the many walk-outs certainly attested to this. 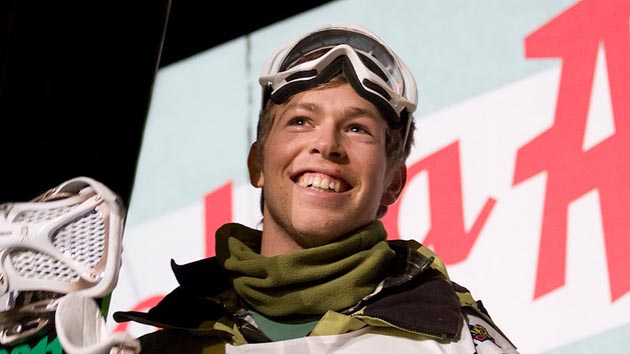 The Crash Reel is an excellent high powered documentary about former snow boarder Kevin Pearce who, with days leading up to the winter Olympics, is involved in an horrific accident leaving him with a very serious traumatic brain injury (TBI) that changes his life forever. The documentary is equal parts exploration into competitive snowboarding psyche and Kevin's battle with his incident, including the history leading up to that moment and an insight into his loving and colorful family.

Director Lucy Walker and countless others collaborated to bring hours of footage from a diverse range of sources (Kevin's home videos to ESPN coverage). The film wastes no time avoiding sensationalizing the accident or spicing up the film with effects or entertaining filler.

The pacing is perfect, starting with the immediate incident and looking back to how Kevin and his will and passion led up to that tragic point. Then it looks forward; a slow recovery intermingled with the snowboarding scene at the time, never wavering from the main plight of TBI.

A stunning soundtrack that pulses and pounds during thrilling snowboarding scenes, and slows down to a sad solo croon in the more poignant moments highlights every aspect of the documentary. One particular highlight is a superb montage of crashes set to the melancholy of band Grizzly Bear, slowly picking up tempo as figures comment on the crashes in a non-intrusive way.

As passionate as Kevin is, his family and neuro-therapist intervene to avoid his damaged brain facing any further risk. He fights this feeling and it is initially reasonable why he would; snowboarding is something he would die doing -- his greatest passion in life. We all have them and would feel the same way if they were taken from us.

Included in this collective voice is Kevin's brother who has downs-syndrome. He struggles with this and grows as Kevin does in terms of accepting burden and responsibility.

The Crash Reel is a stunning documentary, both thrilling and deeply personal. It acts as both statement of reiterating the extreme in extreme sports, and showcasing an extraordinary young man with a terrible condition. 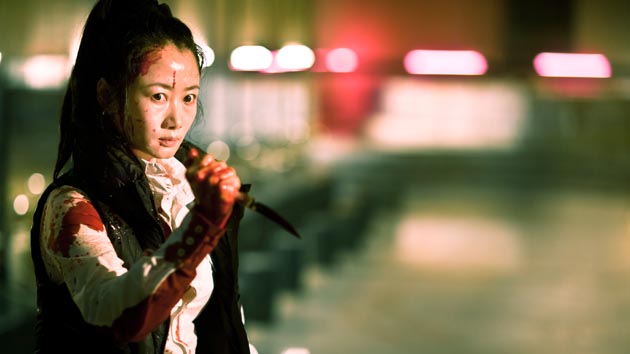 A Touch Of Sin is Jia Zheng-ke's bloated statement on isolated violent incidents throughout China - each one based on real news articles.Four protagonists, the majority of which basically snap and go postal are in dire straits, the film wants you to know this, wants you to see the noose tightening in the most obvious and unflattering way on each of them.

Jiang Wu is Dahai, a miner who, for lack of a better word 'fights' to prevent corruption in his local village in Shanxi. Wang Baoqiang is Zhou San, a man from Chongqing who has gun, will use it; cause and effect. Zhao Tao is Xiao Yu, a sauna receptionist who deals with a messy relationship only to get the repercussions of it at her work. And Luo Lanshan is Xiao Hui, a handsome young man who tires of factory work and instead finds requited love in a themed brothel (a brothel with a surprise cameo I should add!).

Writing it like this, each story sounds purposeful, character driven and interesting, but this is not the case. Jia simply uses each tale as an excuse to blunt an already blunt tool. Violence begets violence. Each story is essentially the same tale: bad decisions, wrong time wrong place etc.

The locations bleed into each other and blandly convey gritty realism (exception is the colorful brothel). There is no light at the end of the tunnel for these people. They are all marking time -- as is the audience. Their fate is sealed and revealed in a mute way. Flashes of violence and relentless melancholy corner the film into squalid despair.

Jia stated that he wanted to make people aware of the incidents and violence. He has achieved this to no effect - he has simply brought the newspaper articles to life, to play out to the fated final sentence. And then we turn the page and the ink bleeds over the paper until it's a grey bland mess.

More about A Touch of Sin

More about The Crash Reel