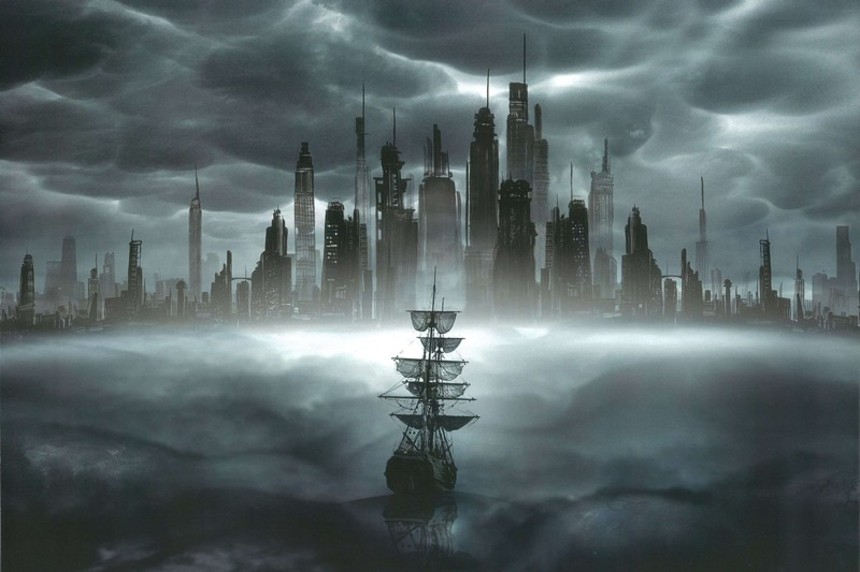 The upcoming big screen adaptation of David Mitchell's sprawling, time hopping novel Cloud Atlas has been much in the news over the last year thanks to its high profile cast, directing team and the unusual manner of its creation. The picture is being shot simultaneously by two separate film crews - one directed by Tom Tykwer, the other by the Wachowskis - with cast members each playing multiple characters in multiple time periods.With production now up and running the first on set shots have begun popping up but none have included any real looks at the sets or character designs, which makes this new bit of concept art rather intriguing.

A pair of images have turned up online along with a first still of Korean star Bae Doona - you can see that here but it's just a close up shot of her face looking pretty much like it always does - one of which is clearly labelled as concept art of Seoul in the year 2144. Not that there was ever much doubt on the matter but this makes it abundantly clear which time period the Wachowskis are directing.

Check the art in the gallery below.