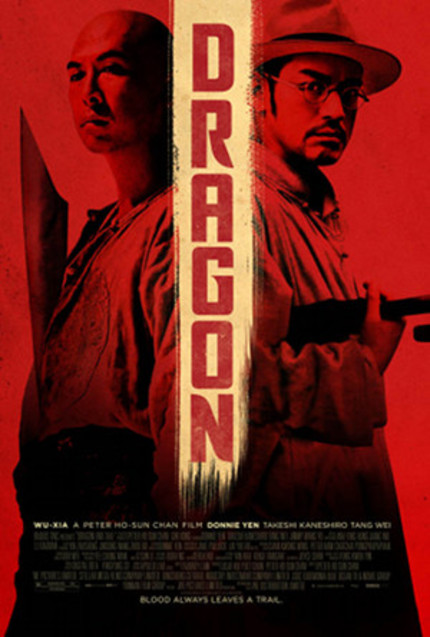 Peter Chan's Dragon - formerly known as Wuxia - starts its limited release in the USA Friday, rolling out in New York before moving on from there, and a new clip has arrived to entive your bum into a theater seat. What have we got? Kaneshiro Takeshi gets his CSI on, reconstructing a crime scene to work out the truth of Donnie Yen's explanation of an early fight. Did I say fight? Why, yes, that's pretty much exclusively what Kaneshiro is figuring out from the clues left behind, which means we get a good does of Yen in action.

Liu Jin-xi (Yen) is a village craftsman whose quiet life is irrevocably shattered by the arrival of two notorious gangsters in the local general store. When Liu single-handedly saves the shopkeeper's life, he comes under investigation by detective Xu Bai-jiu (Kaneshiro). Convinced that Liu's martial arts mastery belies a hidden history of training by one of the region's vicious clans, Xu doggedly pursues the shy hero--and draws the attention of China's criminal underworld in the process