Now On Blu-ray: Violence! DRAGON, THIS MUST BE THE PLACE, KILLING THEM SOFTLY 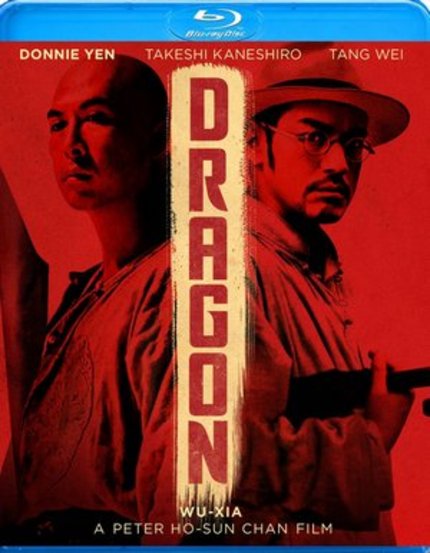 Violence comes in many flavors, and over the last several weeks, some really solidly violent films have come to Blu-ray in the US. Here we take a quick look at these releases and whether or not they are worth your time.

Peter Chan's Dragon, a wu xia detective story starring Kaneshiro Takeshi and Donnie Yen as hunter and hunted, comes to Blu-ray on April 16 from The Weinstein Company and AB/Starz. Normally any Asian film acquired by the Weinsteins is cause for concern when it comes to a domestic release, and unfortunately Dragon is no different. In its US version, Dragon is cut down to 98 minutes from its original length of 116, sadly, an expected move. It almost makes one appreciate the fact that the film was released at all, unlike so many other Weinstein/Miramax acquisitions of the last 20 years. Almost. The good news is that the film works pretty well even in the shortened version, with much of the cut material being character development for Kaneshiro and apparently some changes to the music. The disc also features a making of featurette and trailer. This is a rare film that actually got limited theatrical release in the US, but I don't think it made any money. If you have the extra scratch it's probably worth importing the full version from overseas, if not, you could do worse.

Here are a few words from Todd's review:

Leaning significantly more towards drama than action, Wu Xia is a beautifully photographed piece of work from the always visually impressive Peter Chan with an all star cast that includes Kara Hui, Tang Wei and - in a lovely nod to the film's origins as a remake of The One Armed Swordsman (a plan quickly abandoned) - Jimmy Wang Yu. Chan draws strong performances from his entire cast and the production values are simply stellar throughout. The script is engaging, the characters interesting and, when the action finally comes into play, the action is inventive and high energy. 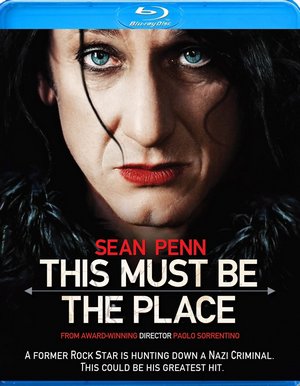 This Must Be the Place

Paolo Sorrentino's This Must Be the Place found a place of its own in my top ten of 2012, though I know many critics who absolutely loathed this quirky revenge film. While there isn't a whole lot of physical violence in the film, Sean Penn's Cheyenne inflicts mounds of emotional violence upon himself throughout the film as he searches the country for his father's Nazi tormentor and simultaneously exorcises his own demons. Penn's character is a strange creation, a well-drawn, three dimensional caricature who elicits sympathy in spite of his stilted performance. I definitely recommend at least giving this one a shot.

Anchor Bay/Starz's Blu-ray release, on the other hand, leaves something to be desired. While the film looks stunning and accurate to the theatrical presentation I saw, there is a lot missing from this disc. Not only is this the truncated US version with no option of the longer Cannes cut (available on the Region B UK Blu), but it is also completely bare bones without even a trailer. The UK disc from Artificial Eye includes both cuts of the film and about an hour of deleted scenes and other bonus material. Sad that this film was dumped to home video this way. I wouldn't have even know it was coming out had it not arrived in my mailbox when it did.

Here's a snippet from Niels' review:

This Must Be The Place is a lovely mix of comedy, absurdity and human drama, featuring a strong lead and a memorable cast of secondary characters. The film is a tad long and might move along rather slowly if you're not used to Sorrentino's style of filming, but people who can appreciate a good arthouse flick should feel right at home. The film is genuinely funny, moving and refreshingly honest. A film that restored my faith in Sorrentino and one that makes me look forward to his next project. 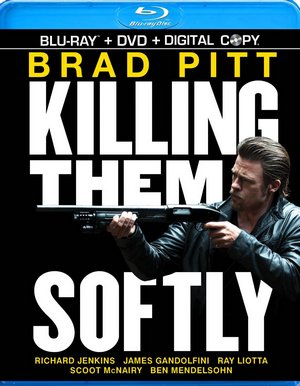 Killing Them Softly
The art-house action film is a curious beast. Andrew Dominik's Killing Them Softly is not an audience friendly film, it requires consideration and patience, but it pays off handsomely for those willing to give a little. The opening sequences of violence are shot operatically and the abrasively loud title sequence give the viewer a taste of what they are in for. It is trial by fire, and many won't survive. With a strong cast and a strong, if undeniably heavy-handed, script, Killing Them Softly had me hook, line, and sinker from the minute the lights went down and the screeching soundtrack came up in the theater.

This Blu-ray looks and sounds exceptional, however, like This Must Be the Place, it is disappointingly light on extras. There are a small handful of deleted scenes and a six minute "making of" featurette, nothing to get excited over. I'm noticing a trend here, and I don't like it, but I suppose the market will determine what consumers get. Well, the market is a butthole. This film is screaming for context. Commentaries, more making of material and interviews. Surely there was someone on set who filmed something of value. Anyway, it's a great film worth checking out if only to understand why some people loathe it so much.

For all the praise due the cast, it is Dominik's stylish storytelling that steals the show. Devices like an incredible bullet-time sequence serve to enhance the narrative as well as adding an unforgettable cool factor. Additional praise should be saved for the exquisite sound mix, elements of which play right into the story as well. This is one movie that begs to be seen in a theater that isn't afraid to play it loud.

More about This Must Be the Place