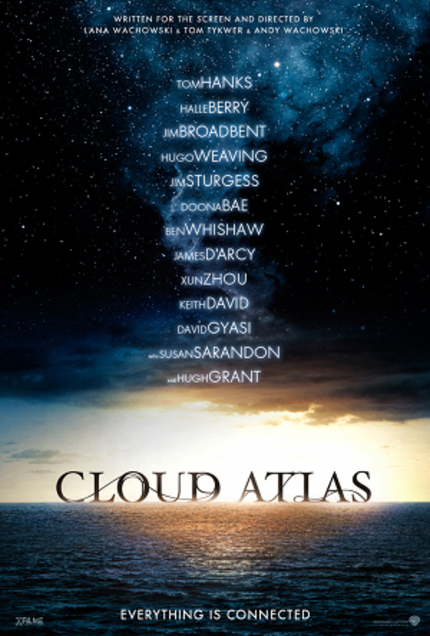 When word came out that the Wachowskis and Tom Tykwer had teamed up to bring David Mitchell's acclaimed novel The Cloud Atlas to the big screen the general reaction was disbelief. It was widely considered unfilmable, for one thing, too expensive and too convoluted for the screen. And the creators of The Matrix teaming up with Tom Tykwer? That's an odd couple if ever there was one.

And yet it has happened. Bolstered by an all star international cast including Tom Hanks, Halle Berry, Bae Doona, Zhou Xun, Hugo Weaving, Jim Sturgess, Susan Sarandon, Hugh Grant and more plus a ground breaking approach to actually filming the thing with both director teams working simultaneously and the actors moving between sets, they've actually made it.

And now, in advance of the premiere at the Toronto International Film Festival the first trailer has arrived. It's a very talky bit of work, to be sure, but also very impressive visually. Check it in high resolution at Apple.
Tweet Post Submit