The Stack: THE ART OF ELYSIUM, THE DAMNED, ERRORS OF THE HUMAN BODY, THE HOUSE OF SEVEN CORPSES, ISHTAR, And More 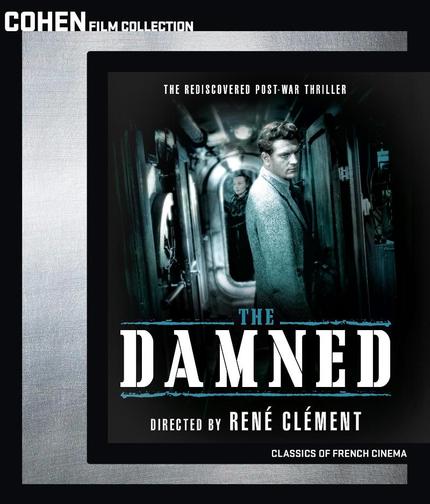 The August 13 edition features The Art of Elysium from Titan Books, the classic French post-war thriller The Damned from Cohen Media Group, winner of the 1933 Best Picture Academy Award, Calvacade, the Blu-ray debut of Ishtar from Sony, and the classic 70s schlocker The House of Seven Corpses from Severin.

Also available are the surreal sci-fi drama Errors of the Human Body from IFC, the wildly visual fantasy The Adventures of Adelle Blanc Sec from Shout Factory, a new Blu-ray of The Muppet Movie, courtesy of Disney, Terrence Malick's To The Wonder from Magnolia, and Synapse Films' 1979 Australian war classic The Odd Angry Shot.

In other news the last volume in the three volume Ray Harryhausen Master of The Majicks series will be shipping soon and it will likely be sold out by then. Get yours now, now, now. The first two books are long sold out and command prices of between $350 and $700 each online. Though I can't understand why anyone would sell these. They offer the definitive look at the career of one of the most influential fabulists ever.GET IT HERE!!!!!!!!!

On November 5 Dexter: The Complete Series Collection [Blu-ray] is hitting courtesy of CBS Home Entertainment and Showtime. Without getting into the details too much (I'll save that for a review if I'm lucky enough to get it) I can tell you the thing is designed with the tchotchke lover in mind. You get a wooden box just like the one Dexie keeps his victim's blood slide samples in. The discs are packed the same way as the slides on the show and reveal blood spatter when lifted out giving you the chance to gaze adoringly at each one and try to remember which of your victim's it was. There's also an exclusive version of the set that is housed in a faceless bone white bust. but it's not nearly as cool.

Warner Brothers is releasing two nifty long Blu-ray boxes on the same date. One for JFK and one for James Dean which will include copies of Giant, East of Eden and Rebel Without A Cause. lastly Sony has announced first time complete DVD box sets of Bewitched, Partridge Family and re-releases of I Dream of Jeanie  and The Shield.

More about The Stack