Euro Beat: Art-Porn-Surrealism Master To Be Honored In Paris

We'll kick it off with the porn, not just because we are, like all other sites, in the page view business, but because I've waited a long time to write a bit about the cinema of writer/director Stephen Sayadian. And finally, I have occasion! This year's edition of Paris' excellent genre film celebration, L'Etrange Festival, will feature a focus on the cult director, who will be on hand in person to present theatrical screenings of Night Dreams, Cafe Flesh and Party Doll a-Go-Go.
I first stumbled up on the work of Sayadian by accident. Back in college, I was wandering the video store when a VHS Box caught my eye. It depicted a naked woman, posed somewhere between sex and fear, being watched by a disembodied eye. The film was called Night Dreams and the quote on the front read "The Citizen Kane of Porno's." On the back there was another quote that made no mention of the fact that it was a porn -- it simply said, "Fellini meets Eraserhead." I rented it immediately.
By the time my friend and I were ready to give it a whirl, I felt pretty sure that no movie could live up to the movie we were imagining and joking about all the way home. But it turned out that Night Dreams was a few steps ahead of us, and anything we could have imagined.
The sparse plot involves two scientists observing a housewife who has lost her mind. She's screaming and babbling incoherently, so naturally the scientists hook her up to some sort of brain wave-monitoring machine that allows them to observe her dreams and sexual fantasies. For the rest of the movie, we too observe these fantasies, checking back with the scientists only occasionally to get their banal reactions to the surreal, transgressive universe inside the woman's head.
About what's in her head: I don't want to spoil too much about the film, because part of the magic is not knowing where or how far the movie is going to go. Suffice to say, when the first sex scene began with a slow tracking shot across a foggy room stocked with horrifying clown dolls then finally stopped when a human-size, anatomically correct jack-in-the-box popped out, I knew I was watching something unforgettable. The fact that this entire sequence is scored not with music, but with looped demented cackling is also significant.
From here the film veers from the scary to the dreamy, from an acid-laced johnny cash cover around a campfire to a must-be-seen-to-be-believed sexual meditation on racial stereotyping, from heaven to hell... literally. Because of its episodic nature, it sometimes feels as if the film won't end, and even if you sometimes kinda want it to, it's difficult to stop to watching.
At the time, I couldn't find any information on the internet about the film or how it got made. I had sorta constructed an elaborate fantasy about a serious art student whose sleazy uncle offered him a modest sum of money and carte blanche to make a porno as long as he delivered a specified number of penetration scenes.
Since then, I've discovered more about the career of Stephen Sayadian (who worked in adult film under the pseudonym Rinse Dream). It turned out that in many ways, his screenplay for Night Dreams (which was directed by another person with psuedonym, F.X. Pope) was really a precursor to his labor of love -- Cafe Flesh, which he directed and co-wrote with Permanent Midnight author Jerry Stahl. Once again combining pornographic sex with the esoteric and surreal, Cafe Flesh takes place after an apocalyptic nuclear fallout. Most people -- the negatives -- have lost their sexual ability, and thus, the minority who is still capable -- the positives -- is forced to perform sexual acts around the clock for the entertainment and satisfaction. Naturally, a forbidden love story emerges.
Sayadan has since quietly amassed a well-deserved cult following while continuing to work in the margins -- though he did design the original theatrical poster for Brian de Palma's Dressed to Kill! It probably goes without saying, but the Sayadan's work isn't screened publicly very often, and certainly not with the man himself on hand to introduce the screenings. So Kudos to the L'Etrange Festival for giving the public a chance to collectively experience some of the most bizarre, memorable cinema of all time. If you live anywhere at all near Paris, it's more or less essential that you grab a date and go to one of the screenings -- neither of you will ever be quite the same.
L'Etrange Festival will take place from September 5 to 15 at the Forum Des Images in Paris -- Check back later today for the full program, which includes a number of other reasons to excited. But for now, click through for the rest of Euro Beat!

While I couldn't find a high res image of the Night Dreams cover that first snagged my attention, this portion of the Cafe Flesh poster gives at least a taste of Sayadian's sensibility. 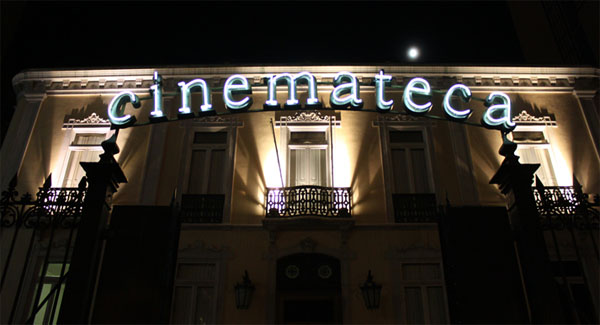 Save the Cinemateca Portuguesa!

One of Portugal's premiere cinematic institutions, the Cinemateca Portuguesa, is in danger of closing its doors. According to Maria João Seixas, if the government does not decide to intervene financially by the end of the month, the consequences will be dire for the plethora of Portuguese film archives as well as 71 employees.

But you can help! Since Twitch's readership consists mostly of billionaires, I want to submit a humble plea that you all send an anonymous seven-figure check to the Cinemateca asap.

Kidding. However, there is an online petition to submit to the government for funding that it's well worth your time to sign. Click here to get in on it.

According to the petition:

The Portuguese Film-Film Museum is a national body that holds, protects, restores and promotes a collection of Portuguese film heritage. It was founded in the early '50s by one of the pioneers of European film archives, Manuel Félix Ribeiro and was established as a member of the International Federation of Film Archives (FIAF) in 1956. It is to this day the only national body that promotes the preservation and knowledge of Portuguese cinematic heritage, and continues to work in conjunction with the fruitful efforts of the most important archives in the world. 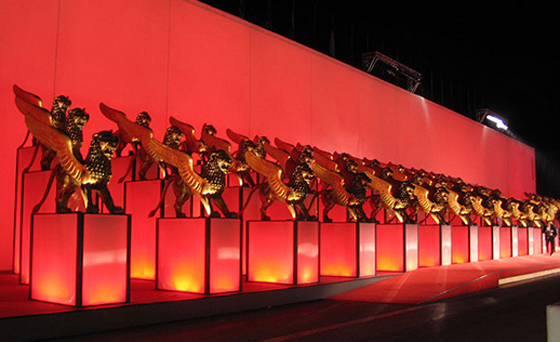 - The Venice Film Festival kicks off today! If you can't make it and want to get in on some of the action anyway, head over to the festival's web theater. Here, for a small fee, you can stream some of the films premiering at the festival, including Sono Sion's Why Don't You Play in Hell and Agnes B.'s Je m'appelle Hmmm....

- Greece's submission to the Oscars will be Ektoras Lygizos' debut film Boy Eating the Bird's Food. Following in the footsteps of recent Greek cinema like Dogtooth and Attenberg the film is said to be abrasive, shocking and bleak. As the title suggests, the film deals with a boy who is near starvation in modern Athens.

- The Dutch oddity Borgman (Which I quite liked at Cannes, and is being released by Drafthouse films in the U.S.) will be premiering tomorrow in The Netherlands, and "will have the biggest pre-release premiere of any film in Dutch cinema history, playing in more than 140 cinemas on Wednesday, August 28, the day before its official release onto 40 screens." 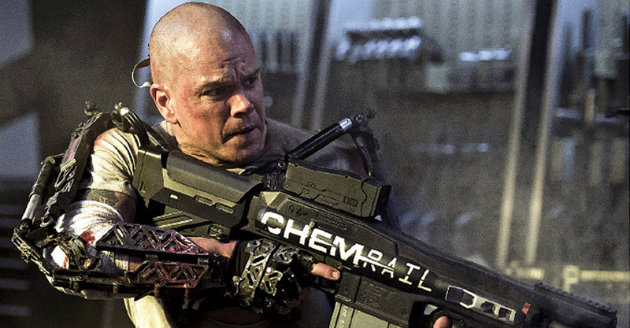 It was an especially slow frame for European releases, which have been few and far between in August. Few even cracked the top ten this time around, with mainland Europe flocking instead to Elysium. Neil Blomkamp's follow up to District 9 took the number one spot by a large margin in France, Spain, Germany, Austria, Denmark and pretty much everywhere else where it opened. Not positive why Blomkamp's dystopian vision of a world without universal health insurance hit so hard in all these countries that actually have great healthcare systems, but there you go.

The one exception was the U.K., where Kick Ass 2 easily took the number one spot, probably thanks to the Mark Millar connection. And also because Elysium hasn't opened there yet.

Do you feel this content is inappropriate or infringes upon your rights? Click here to report it, or see our DMCA policy.
Cafe FleshEuropean Box OfficeEuropean Film NewsL'etrange FestivalNight DreamsStephen Sayadian