Review: TO THE WONDER Swirls With Grace 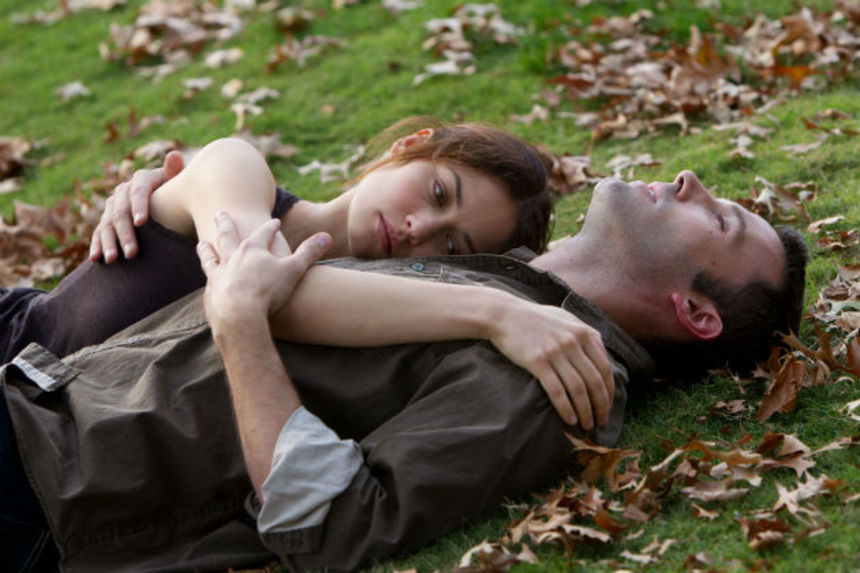 "Pourqoi pas Toujours?" (Why not always?) is the question on the mind of Terrence Malick in his latest emotive cinematic meditation -- it could have easily been the title.

Here the elusive auteur is less overtly concerned with the connections between the personal and the infinite (as he was in Tree of Life.) Yet one should consider To The Wonder a companion film, if only because it is shot and constructed in nearly the same manner; there may even be a shot or two from the previous film being re-used.

Gone, however, is the consideration of fathers & sons and the complex divide between them, or notions of boys coming of age. Here the film suggest that each *age* in a persons life, each chapter, however, where ever, you wish to draw the dividing lines is worthy of no regrets (as Ms. Piaf might sing.) Remaining is the invitation to cherish those discrete packages of time that inevitably, come to an end. Now like all Malick films, you can either find that a trite subject to make a film, but equally like all of the directors work, he is unabashedly earnest about it.

He is perhaps telling us to simply enjoy the miracle that is life, even when it treats you badly. This is examined in relationships both past and present, family, faith and even the current environmental state of the planet. At one point, I even felt that there was some Antonioni geography-is-a-reflection-of-state-of-mind being channeled in the divide between urban Paris and the midwest american suburbs.

What the director has kept is the earthy and ethereal treatment of redheads, here former 007 beauty Olga Kurylenko, who like Jessica Chastain before her, gets the chance to both soar and suffer (the shadowy yin to the free-spirited yang) over the course of the films run-time. Many have noted the directors particular fascination with women twirling in summer dresses. Like much of the director's post-Days of Heaven work, what you will get out of the film depends on whatever you bring into it. To The Wonder will either evoke certain feelings or tweak them in one direction or another.

Like any hypnotist, those unwilling to surrender to his sensual, tactile and languorous method of storytelling are sure to find his storytelling infuriating, even as the narrative in this film is pretty straightforward. Neil (Ben Affleck), An American touring Paris meets and falls in love with with a passionate woman, Marina (Kurylenko) and then moves her and her young daughter, Tatiana, to the American midwest to start a new life there. 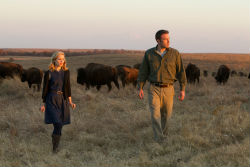 Not quite ready to commit to a second marriage and having trouble with the little girl adapting to her new school, Marina and Tatiana return to France and Neil drifts back to his first wife (Rachel McAdams) if only to affirm that that period of his life is over, and another beckons. Marrying Marina to secure her citizenship, they start a life together, while Tatiana remains with her biological father in Europe. The catholic minister of Neil's church is played by the wonderful Javier Bardem, and is going through a crisis of his own faith, even as he comforts and teaches with elegance and grace.

Malick takes all of these characters and allows them to "just go a little way in life together" and is very cool and celebratory of endings. Marina at one point says something along the lines of, "Only weak people will not end something, and chose others to let it end for them," which is likely the only judgmental pontification the film has to make. Malick does not judge. He shows.

The priest says about marriage, "A husband does not find her lovely, he makes her lovely," and I am sure he means that both ways. While the relationship is not meant to last, Neil seems too subdued and practical, while Marina is a restless spirit, again, the films says, enjoy the time together and let it end.

Equally interesting is that Neil's day-job as an environmental assessment scientist sees him taking soil samples around oil derricks and water from tailing points for analysis. Shots of nature in glory and poison seem to indicate that people take pleasure in something (wasteful or not) use it up and move on; it is what we do and how we live. Previous generations were blessed to enjoy the planet in a much more natural state and good for them. The rest can move on to new experiences in what the universe has to offer. "Some times you eat the bear. Sometimes the bear eats you." Fucking Zen.

The attempt to rekindle his relationship with his ex-wife is brief, and plays out like as if both parties know that it is over. Buffalo stare at their passionless lack of connection with complete unawareness. Nature does not care, but us creatures of free will should not linger too much on the emotional past, but push forward to new experiences in our brief, cherished lives. That the priest can do is job effectively without actually believing, that he touches lives and comforts souls, and is a known presence is another step towards Malick's seeming spiritual secular paradox. When the priest moves to Kansas City, well no regrets, new experiences on the horizon.

Characters write messages in the air, on the water, and other ephemeral media, the pleasure in the act, gone like tears in rain, but still an act that happened. Hopefully, we all want more life but still stop occasionally to enjoy what we have. A character stops and stares a the sun shining through a hole left behind in the knot of wood fence - this in a generic cookie cutter modern subdivision. The sun is still gorgeous, its free, and a gift of joy for us in our time on earth.

To The Wonder is bursting with a kind of subtle joy that, hopefully, you as well as I can enjoy Mr. Malick while he continues to offer his blessings of sound and image.

A slightly modified version of this review originally was published during the Toronto International Film Festival in September 2012. To the Wonder opens in limited release in the U.S. on April 12, and in Canada on April 19.

Do you feel this content is inappropriate or infringes upon your rights? Click here to report it, or see our DMCA policy.
Ben AffleckJavier BardemOlga KurylenkoRachel McAdamsTerrence MalickDramaRomance