Magnolia Takes US Rights For Malick's TO THE WONDER 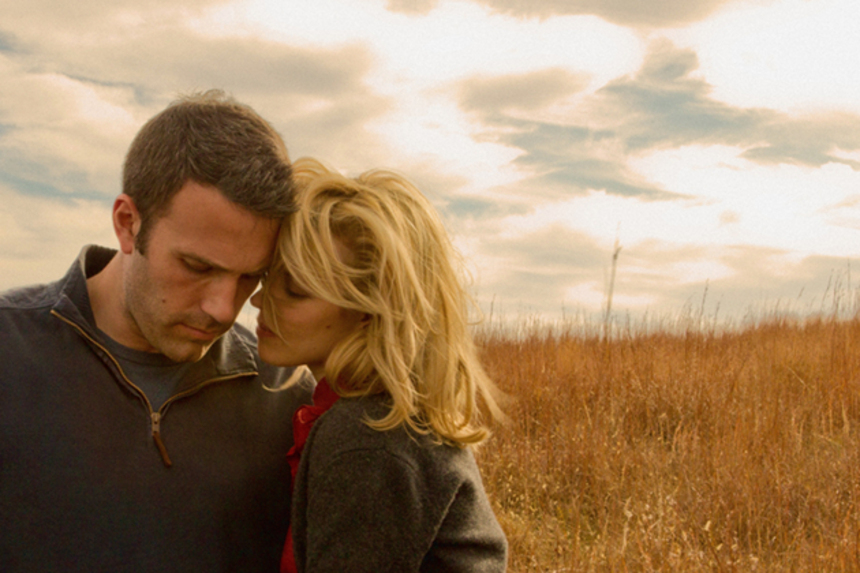 Heads up, Terrence Malick fans: Magnolia Pictures have taken on all US rights to the auteur's latest offering, To The Wonder, and will be bringing it to US screens soon.

New York, NY - September 28, 2012 - The Wagner/Cuban Company's Magnolia Pictures announced today that they have acquired US rights to Terrence Malick's TO THE WONDER, which bowed at the Venice Film Festival earlier this month. Starring Ben Affleck, Olga Kurylenko, Rachel McAdams and Javier Bardem, this stunningly beautiful film reunites the acclaimed filmmaker with producers Sarah Green and Nicolas Gonda, as well as cinematographer Emmanuel Lubezki who all collaborated with him on Tree of Life and The New World. The film was executive produced by Glen Basner of FilmNation, and  Jason Krigsfeld and Joseph Krigsfeld of Brothers K Productions.

TO THE WONDER tells the story of Marina (Kurylenko) and Neil (Affleck), who meet in France and move to Oklahoma to start a life together, where problems soon arise. While Marina makes the acquaintance of a priest and fellow exile (Bardem), who is struggling with his vocation, Neil renews a relationship with a childhood sweetheart, Jane (McAdams). Bold and lyrical, the film is a moving, gorgeously shot exploration of love in its many forms.

"It is an honor and a dream come true to be working with Terrence Malick, one of our greatest living filmmakers," said Magnolia President Eamonn Bowles. "TO THE WONDER is a romantic, haunting and beautiful film that will be endlessly rewarding for movie lovers."

"We are excited to partner with Magnolia for the release of TO THE WONDER," said producers Nicolas Gonda and Sarah Green.  "Magnolia has become a destination for the work of some of the world's most innovative and talented directors, and we are proud to align with this forward-thinking team."

The deal was negotiated by Magnolia SVP of Acquisitions Dori Begley, with CAA on behalf of the filmmakers. Distribution legal for the filmmakers was provided by Frankfurt Kurnit Klein & Selz. Magnolia plans a 2013 theatrical release for the film.

Do you feel this content is inappropriate or infringes upon your rights? Click here to report it, or see our DMCA policy.
Terrence MalickBen AffleckOlga KurylenkoRachel McAdamsJavier BardemDramaRomance