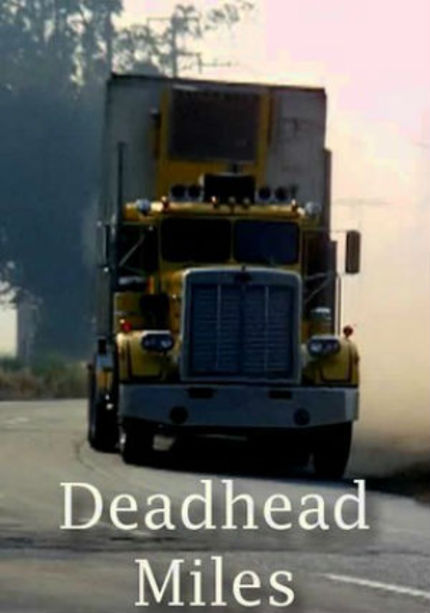 Lately, Terrence Malick has been dividing audiences with To the Wonder, another visual exercise on which he is said to have tossed the script, or most of it. (Our own Kurt Halfyward weighed in on the film when it screened at the Toronto fest last fall; it opens in limited release in the U.S. on April 12 and in Canada on April 19.) So what better way to consider how far he's come then by watching a movie made from one of his early scripts?

After his film school days in the first class at AFI (his fellow students included David Lynch), Malick reportedly did a couple of days work on the script for Jack Nicholson's Drive, He Said and wrote an unused draft of Don Siegel's Dirty Harry, among other assignments, before his first feature script was produced. Pocket Money came out in February 1972; only vague memories survive of my singular viewing of Stuart Rosenberg's film version starring Paul Newman and Lee Marvin. But Deadhead Miles has been sitting in my Netflix queue for months (it's available via their streaming program in the U.S.), so I dusted it off (to speak) and sat back and transported my mind to the time period in which it was made -- early 1971.

"This script is so good that when Deadhead Miles is released Malick will be the most sought after young writer in the country," producer Tony Bill told a Los Angeles Times reporter during production. According to the article, Bill got the original idea for the script from a handful of country music recordings he had collected. Malick is described as having "a sympathetic interest in the life of a long-distance trucker" and supposedly once knew a trucker like the film's main character, Cooper, played by Alan Arkin.

Paramount, under the stewardship of studio head Robert Evans, budgeted Deadhead Miles at less than $1 million and "gave great freedom to relative novices." It was the first film produced by Bill, known as an actor; director Vernon Zimmerman had worked in the film underground from the early 60s but this was his feature debut. Shooting took place entirely on location, ranging from Knoxville, Tennessee across the country to Los Angeles.

Arkin, coming off Academy Award-nominated performances in Norman Jewison's The Russians Are Coming! The Russians Are Coming! and Robert Ellis Miller's The Heart is a Lonely Hunter, as well as the starring role in Mike Nichols' somewhat disastrous Catch-22 and his own directorial debut with Little Murders, plays the rootless Cooper with an accent whose regional origin I can't place. Cooper is apparently part of a truck hijacking gang; he hijacks one of the stolen 18-wheelers, picks up hitchhiker Paul Benedict, and then heads aimlessly toward the West, sort of an Easy Rider in reverse without the drugs, sex, or sense of danger and/or freedom.

Like a joke told by someone without a sense of humor, Deadhead Miles is played for laughs without inspiring anything more than a polite smile of bemusement. Arkin had previously directed Benedict in two off-Broadway shows, and the two men have an easy rapport; Benedict, who'd appeared in a handful of films, has no problem sparring with Arkin.

The episodic road movie has plenty of space for actors to appear briefly, including odd cameos by Ida Lupino and George Raft (re-enacting a scene from Raoul Walsh's trucker drama They Drive By Night) and Bruce Bennett (as a mythic truck driver who provides roadside assistance from the beyond). Familiar actors such as Charles Durning (who Bill would later use in his production of George Roy Hill's The Sting), Hector Elizondo (who also acted in Pockey Money), and Loretta Swit (as a brunette; more than a year later, she would break out on TV's MASH) show up, as does writer/director John Milius, who also did a draft of Dirty Harry.

At best, Deadhead Miles is an intriguing curiosity, the first chapter of a novel that is still being written by Malick. (In researching this article, though, I was surprised to read a number of more positive reviews, so I'm evidently in the minority.) Inevitably, one wonders what Malick would have made of this if he had directed, but if the Los Angeles Times article is accurate, this was a project originated by Tony Bill, not something that necessarily fueled Malick's obsessions.

Reports are that Paramount decided to shelve it, which sounds odd when you consider the studio released 20 or so films in 1971 and 14 more in 1972. Paramount was said to have termed it as "unreleasable" when they saw it, presumably sometime in 1971. (That description comes from screening notes when it played at Filmex, a seminal Los Angeles film festival, in 1985.) Other sources claim it received some kind of theatrical release in 1982.

What's more fascinating to me than the finished product itself is this: What was in the original script that got producer Tony Bill so excited, that earned a green light from Paramount, that attracted the attention of Alan Arkin? 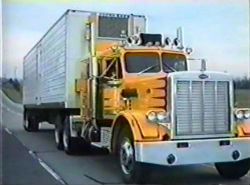 In their 2003 book The Films of Terrence Malick, James Morrison and Thomas Schur describe reading the first draft of the screenplay (without being able to watch the film, which was then unavailable): "As a script, Deadhead Miles holds out exhilirating promise. With an ambling road-movie structure and a dizzying, intoxicating sense of language, it plays in the mind as a vital compendium of energies. ... The principles of plot development are based largely in randomness and dreamlike caprice. The invention rarely flags, but neither does it really build. ... The script's values are highly literary, with descriptions of characters and action often novelistic in their phrasings. ... Much about the script suggests that its author never thought it might actually be filmed."

Many of the incidents described by Morrison and Schur do not appear in the film, indicating that Malick (or someone else) rewrote the first draft, as might be expected -- although it's notable that the George Raft / Ida Lupino cameo was there all along! Morrison and Schur conclude: "As outlined in the script, the movie Malick wrote is less a road trip than a hectic catalogue of wryly observed oddities, and in this penchant for pastiche it rides a first wave in the postmodern current that would buoy American movies for the next thirty years."

The following year, Malick secured independent financing for his directorial debut, Badlands, which eventually was acquired by Warner Bros. for distribution and won instant acclaim when it closed the New York Film Festival in the fall of 1973.

Vernon Zimmerman would go on to make the charming Unholy Rollers with Claudia Jennings, and score a cult fave with Dennis Christopher in Fade to Black; his last credit to date is another cult fave, the script for Teen Witch. Tony Bill remained busy as a producer throughout the 70s before making his directorial debut with My Bodyguard in 1980.

70s Rewind is a column on the author's favorite movie decade. Deadhead Miles is available to stream online in the U.S. via Netflix. To the Wonder opens in limited release in the U.S. on April 12.