Euro Beat: 7 Bernadette Lafont Movies You Should Know About

Brian Clark
Editor-at-Large; Los Angeles (@http://twitter.com/marshalclark)
Tweet Post Submit
In most of the world, only dedicated cinephiles noted the passing of French actress Bernadette Lafont, but in France, citizens nation-wide are still mourning the loss of one of the country's great cinematic icons. Lafont passed away from a heart problem last Thursday at the age of 74. The actress' filmography, which covers well-over 100 films, reads like a who's who list of the most important French directors of the last fifty years. She made her debut in François Truffaut's first short film, The Mischief Makers, in 1957 and went onto work with directors including Costa Garvas, Louis Malle, Claude Chabrol, Jacques Rivette, Jean-Pierre Mocky, Claude Miller and Julie Delpy.
And so, in honor of Lafont's work, let's take a look at seven of her standout films, all of which are worth watching in the near future, whether for the first or fifth time. As always, click through to the end of the gallery for even more European film news and the latest box office stats. 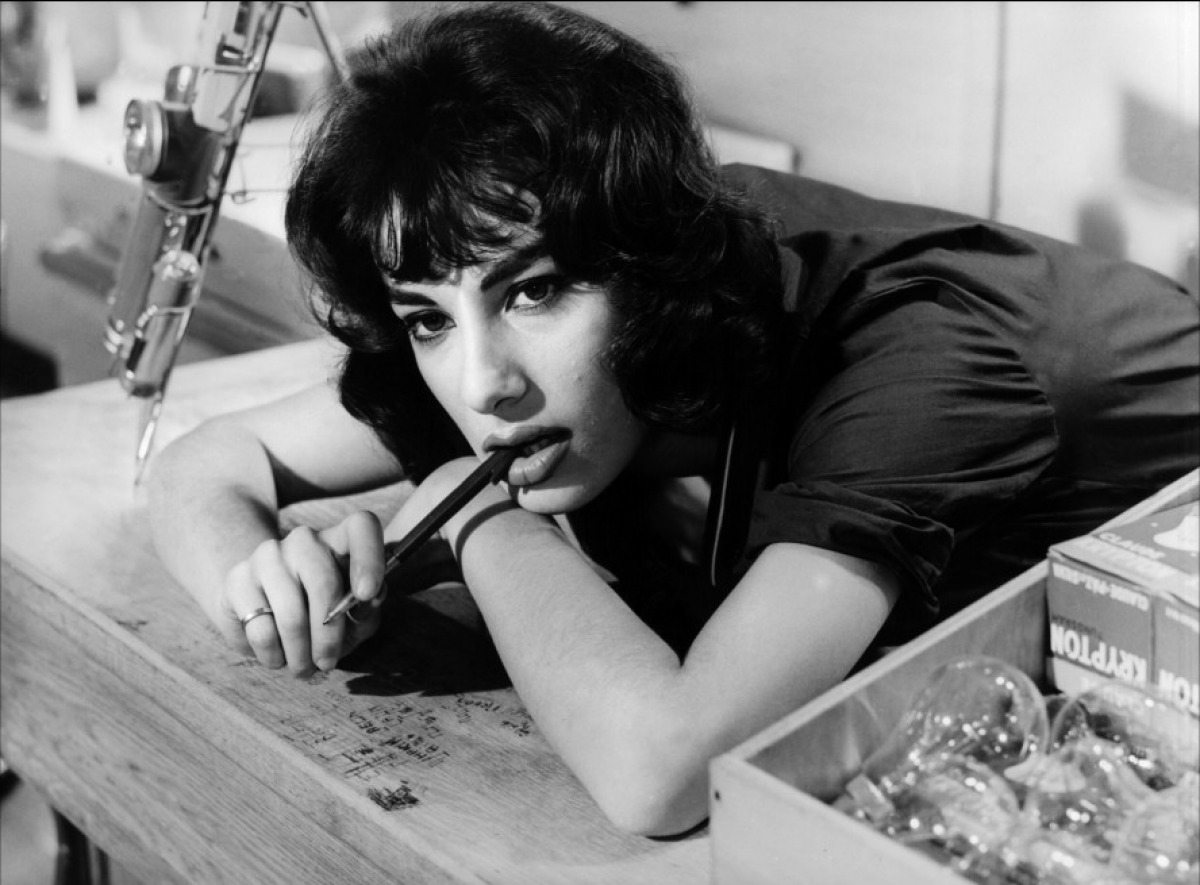 1. The Good Time Girls (Les Bonnes Femmes) Dir. Claude Chabrol
Lafont had previously worked with Chabrol on Le Beau Serge and would go on to collaborate with him on several more films, but her performance as Jane, a shopgirl trying to escape the monotony of day-to-day life by looking for love and distraction on weekends, is an unrivaled joy to behold. That said "joy" may not be the exact word on your mind by the end of this cynical, unsparing depiction of male-female relations. 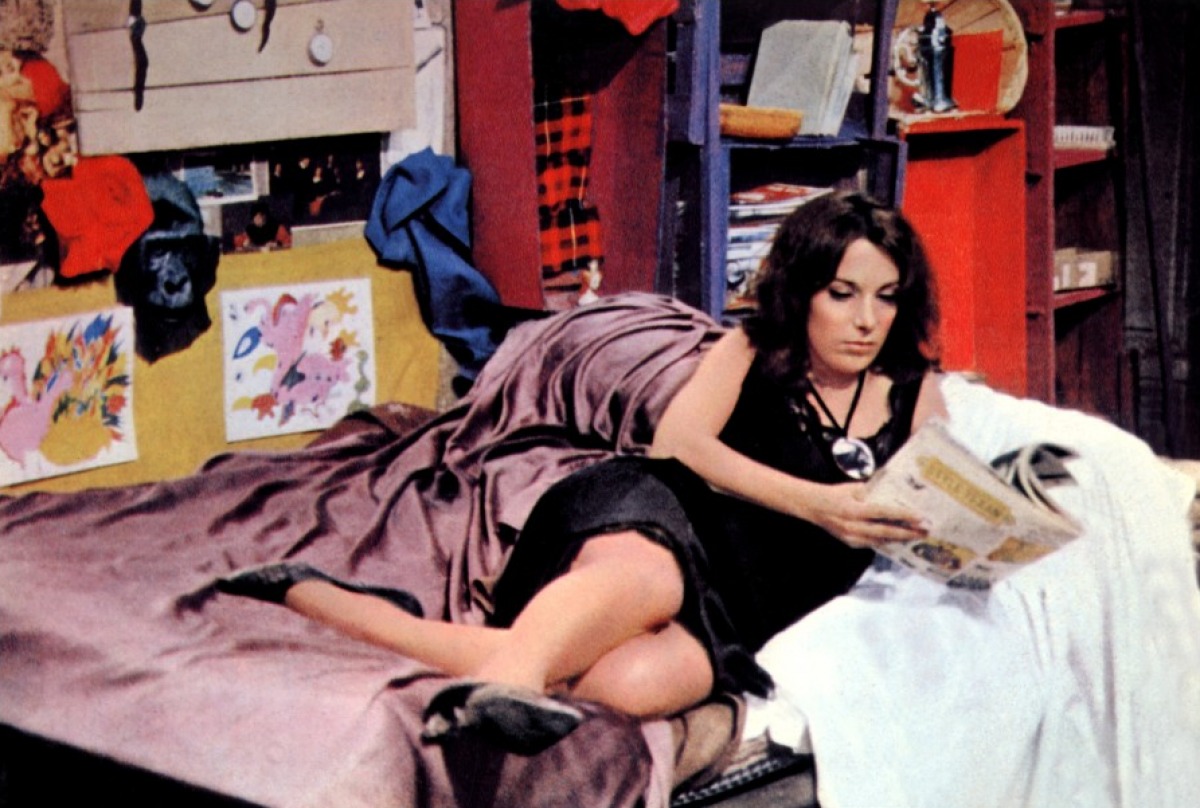 2. A Very Curious Girl (La Fiancée du Pirate) Dir. Nelly Kaplan
Lafont's vulgar, take-no-shit charm gets a perfect vehicle in this comedy about a social outcast who brings a small, bougeroise town to its knees when she starts charging for sexual favors. 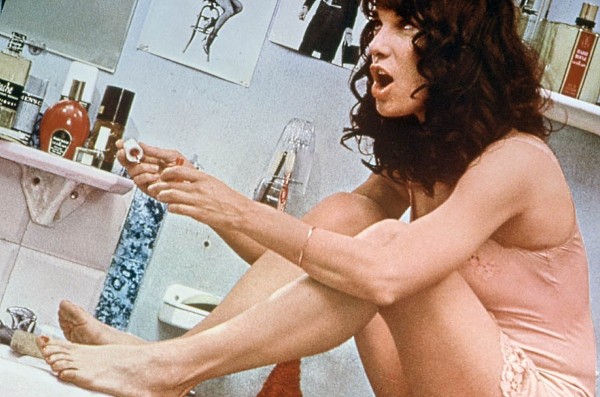 3. A Gorgeous Girl Like Me (Une Belle Fille Comme Moi) Dir. François Truffaut
Of course, Lafont's debut in Truffaut's early short film The Mischief Makers (Les Mistons) is well worth seeking out too, but from the second that Lafont exits a prison, changes into heels and hitches a ride, she totally owns this forgotten gem. 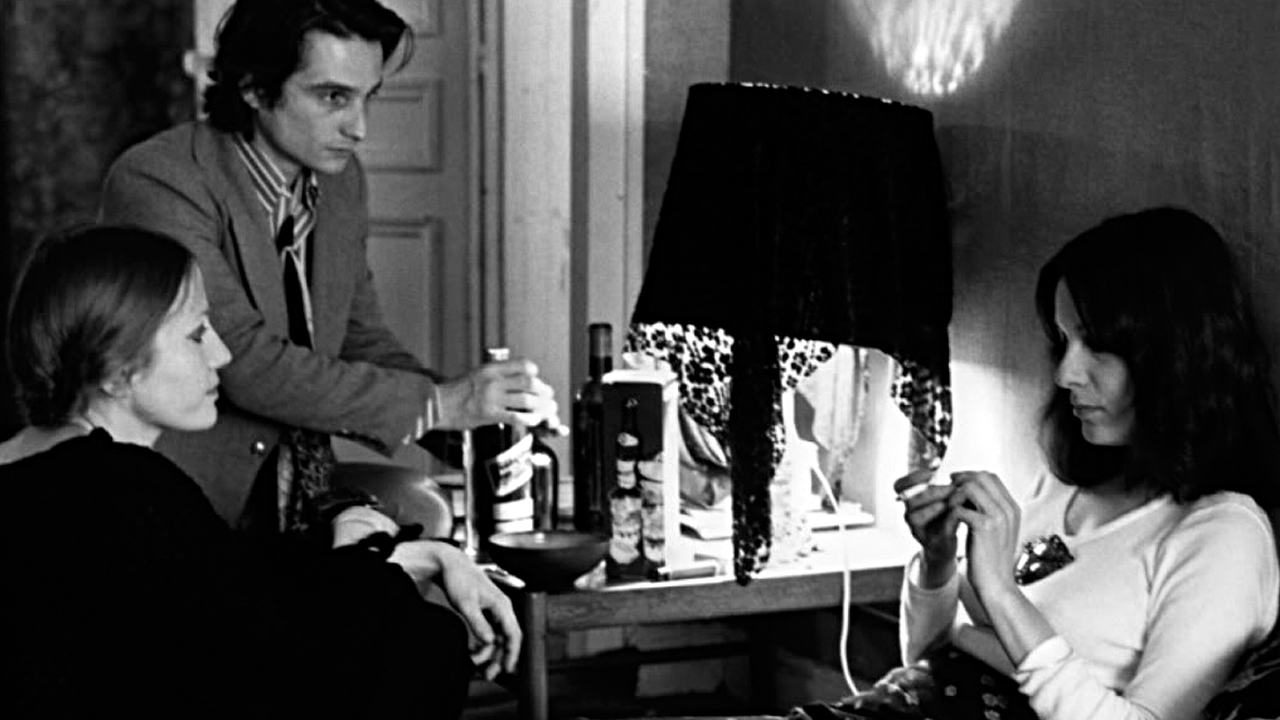 4. The Mother and the Whore (La Mama et La Putain) Dir. Jean Eustache
If you haven't seen this three-and-a-half hour French classic about threesomes, relationships, power dynamics and conversation, set aside an afternoon and get on it. Lafont plays alongside Jean-Pierre Leaud in a movie so talky that it makes Before Midnight look like a silent movie. And yet, it's glorious. 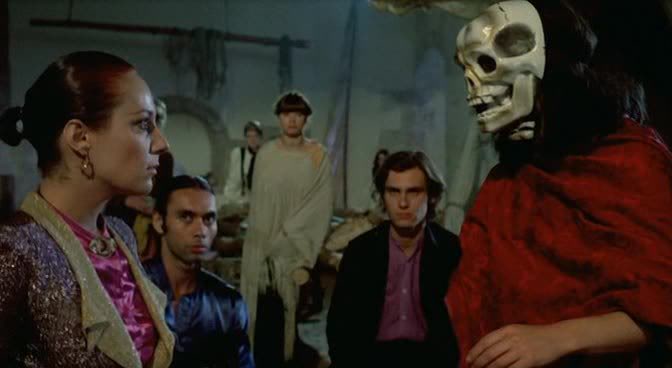 5. Noroît Dir. Jacques Rivette
I'm not sure what to say about this totally bonkers, oddly hypnotic all-female pirate movie where Lafont plays a pirate queen. Actually, maybe that's all I need to say. 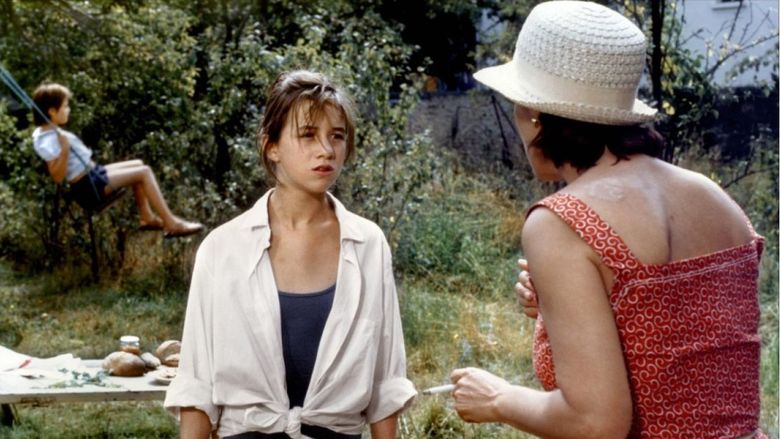 6. An Impudent Girl (L'Effrontée) Dir. Claude Miller
Lafont won a Cesar (the French Oscar) for her portrayal of a housemaid in Claude Miller's coming-of-age film, which also stars Charlotte Gainsbourg as a wayward 13-year-old. 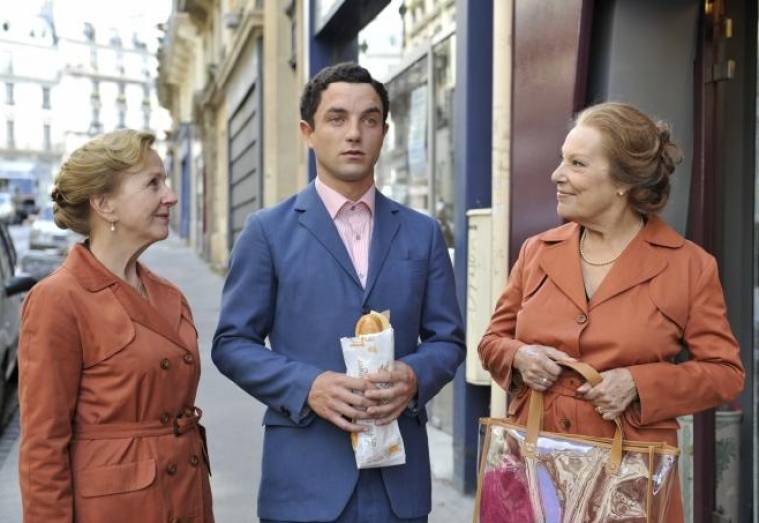 7. Attila Marcel Dir. Sylvain Chomet
Lafont's last screen performance will be seen at this year's Toronto Film Festival in Sylvain Chomet's (The Illusionist, The Triplets of Belleville) hopefully wonderful live-action debut about an emotionally stunted man and his two aunts. She was supposed to appear in the sequel to the wildly popular film adaptation of Le Petit Nicolas, but has been replaced by Dominique Lavanant. 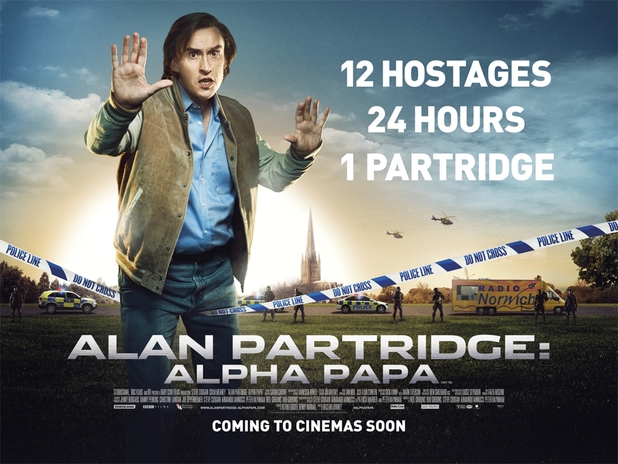 - Can't wait any longer for Alan Partridge: Alpha Papa? I sympathize. But in the meantime, The Guardian has posted a number of articles diving into the film, the myth and the man, the highlight of which is probably a piece on Partridge's rise to fame penned by the radio show host himself.

- The 2013 San Sebastián Film Festival has announced a big chunk of its official lineup, which includes, among others, Alex de la Iglesia's Witching and Bitching, Denis Villeneuve's Enemy and Sebastian Lelio's Gloria

- Going back to a previous Eurobeat about the current controversy in France over actor's salaries, one more critic of the system has just gone public. In a recent interview with Sofilm, French producer Éric Heumann (In the Mood for Love, The Princess of Montpensier) said he believes that the system in France has been inflating and becoming more expensive in the last ten or fifteen years, and is in the process of falling apart. 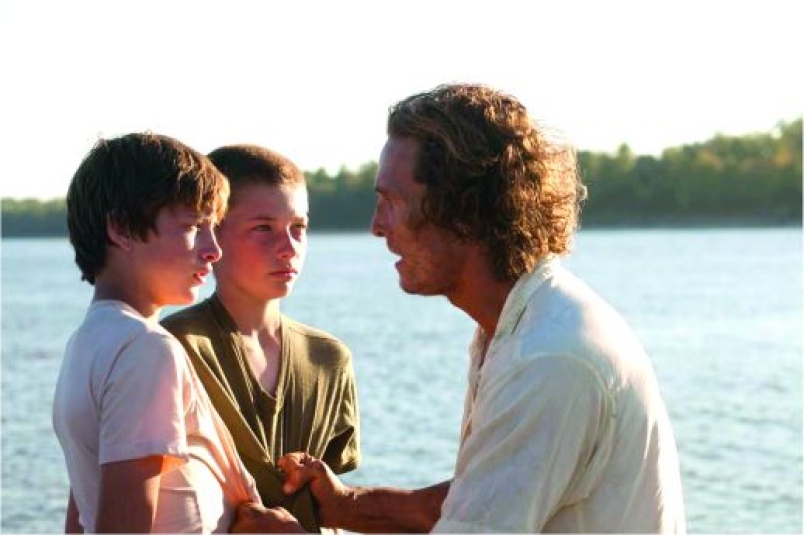 We're nearing the tail end of the summer, but America's blockbusters are still hammering away at the European box office. However, this week found the winners a bit more spread out than usual.

Belgium and France welcomed Pacific Rim with open arms, while the citizens of Denmark, Spain and Italy finally got the chance to see Now You See Me and did so in large numbers. Meanwhile, Grown Ups 2 took the number one spot in Austria, while Germany gave the crown to Despicable Me 2. In Britain, Monsters University took the number one spot, but At World's End still opened at a respectable number two position with $3.2 million.

Perhaps the most impressive feat though is the money that Mud made during its opening weekend in Greece. Granted, it wasn't number one, and it only made $72,000. However, it only played on five screens, and the number one film, Red 2, which played on 37 screens, only made $20,000 more. Basically, in Greece, Jeff Nichols' Southern drama pulled in $14,400 per screen, which is extremely good even for limited release films in the U.S., and downright astounding for Greece.

Do you feel this content is inappropriate or infringes upon your rights? Click here to report it, or see our DMCA policy.
Alan PartridgeAlpha PapaBernadette LafonteEuro BeatEuropean Box OfficeEuropean Film NewsSan Sebastian Film Festival