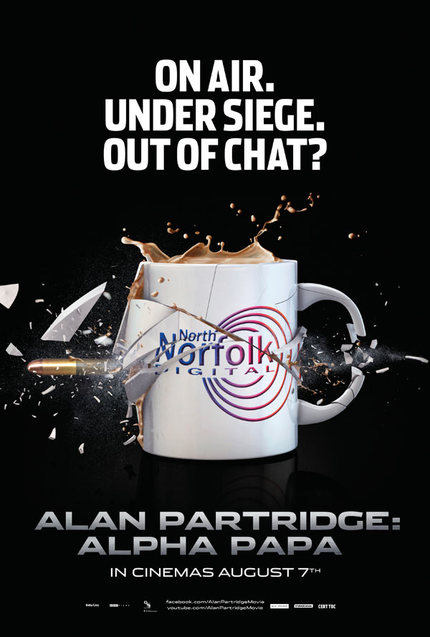 Anticipation continues to grow for the arrival of Alan Partridge: Alpha Papa - the first big screen outing for Steve Coogan's enormously popular chat show host character - with advance press in the UK hailing it as an absolute home run and with the August 7th UK release looming close a new TV spot, a pair of clips and a lesson in cinema etiquette delivered by Partridge have all arrived online in recent days.

The Declan Lowney directed feature stars Coogan opposite Colm Meaney as a fellow DJ at North Norfolk Digital who takes the radio station hostage after being fired. The Thick Of It, Veep and In The Loop cohort Armando Iannucci is on board, credited as both executive producer and writer, with Sean Pertwee also in the cast. Check all the new stuff below.

Do you feel this content is inappropriate or infringes upon your rights? Click here to report it, or see our DMCA policy.
alan partridgealpha papacinema etiquettecolm meaneysteve coogantrailer