Canada Will Get More Genre Movies, Via Magnolia Pictures And VSC 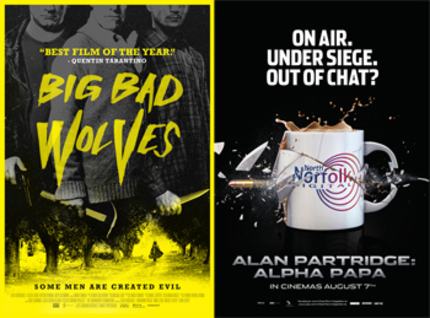 If you live in Canada and there is a film or two in Magnolia and Magnet's lineup that has not made it north of the 49th Parallel, then rejoice because they have just agreed to a two-year output deal with VSC. How big is this? The agreement will see VSC release up to 30 films per year from Magnolia's slate, exclusively for the Canadian market.
From the official announcement:

"We look forward to the rewards of bringing Magnolia's uniquely creative and compelling 2014 slate to Canadian cinephiles. The films coming from Magnolia and Magnet have an adventurous quality that is a perfect fit with VSC's catalogue and philosophy," said VSC president Jonathan Gross in a statement on Friday.

The first release will be the much lauded Israeli revenge thriller Big Bad Wolves and then Steve Coogan's Alan Partridge (Alan Partridge: Alpha Papa in the UK), which is also awesome, will follow thereafter.
Tweet Post Submit

Do you feel this content is inappropriate or infringes upon your rights? Click here to report it, or see our DMCA policy.
Alan PartridgeBig Bad WolvesMagnetMagnoliaVSC