Brian Clark
Editor-at-Large; Los Angeles (@http://twitter.com/marshalclark)
Tweet Post Submit
In today's Euro Beat: All is not fine in Luc Besson's giant European Hollywood complex. Or maybe it actually is fine and the journalists are the ones to blame! Either way, law suits are coming. Also, the Rome Film Festival chose some exciting films to award, including Kiyoshi Kurosawa's latest, plus, learn about the new film that has almost all of Italy rushing to the cinema. Like, literally all of Italy. 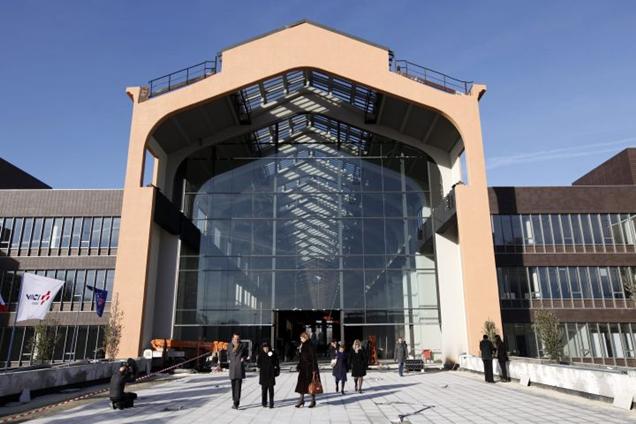 It was just a little more than a year ago when director Luc Besson unveiled his European answer to Hollywood, Cite du Cinema. Located just outside of Paris, the $200 million, state-of-the-art film studio was built to allow European films to mount productions that could compete with the U.S. Now, Besson and his company EuropaCorp have become embroiled in still-developing judicial action resulting from allegations that they've embezzled public funds through the mega-studio.

This weekend, French newspaper Le Parisien (which, for the record, is more New York Post than New York Times) ran an article alleging that EuropaCorp may be under investigation by the justice ministry following a memo sent to minister Christiane Taubira in regards to an audit investigation. According to the newspaper, the memo said that EuropaCorp's financing of Cite du cinema was nothing less than embezzlement of public funds.

The report goes on to allege that the project was funded "against the advice of government services" because of former EuropacCorp CEO Christophe Lambert's inside track with Nicolas Sarkozy. So, embezzlement in this case means putting public funds into something that functions like a private company acting in its own interest.

The night after the article appeared, the EuropaCorp fired back, saying they were astonished by the charges, did not have knowledge of the audit court report and that they haven't been questioned by anyone. And, to put their money where their mouth is, so to speak, they are now suing both the newspaper and the reporter for defamation.

So far the most major films to shoot at the studio have been Besson's own The Family and McG's upcoming 3 Days to Kill. 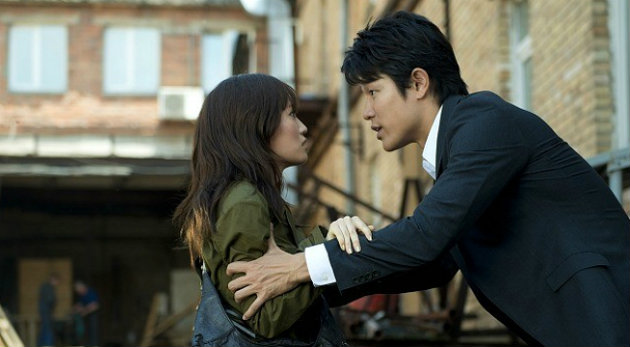 The Rome Film Festival awards are in, and, while Fall festival-bait like Dallas Buyers Club and Her both received honors, the awards also highlighted some lesser-known films to watch for.

Notably, a docu-drama called TIR won the top prize. The film follows a Bosnian man who takes up truck-driving after finding it impossible to get teaching work. It's the first Italian film to win the prize at the festival, and hey, maybe a signal of a neo-realism revival in the country that birthed the movement?

The jury prize went to Andrei Gruzsniczk's Romanian film Quod Erat Demonstrandum. Kiyoshi Kurosawa's thriller Seventh Code, his first filmed outside Japan, also earned two awards -- Best director for Kurosawa and best technical contribution for Koichi Takahashi. For those who are out of the loop, the film follows a teenage girl following a man in Vladivostock.

The Iranian film Acrid picked up an award for emerging performance, which actually went to its entire cast. Best screenplay went to the Turkish film I am Not Him, with a special mention going to Blue Sky Bones.

On the American front, Scott Cooper won the best first-or-second-film award for Out of the Furnace and Matthew McConaughey won the main acting award for Dallas Buyer's Club. Scarlett Johanson won the female acting award for Her, which is particularly noteworthy since only her voice appears in the film. 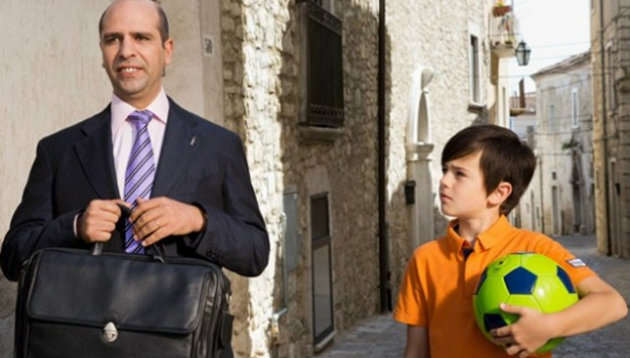 First order of business in this box office round up: It's time you were introduced to Italian comedian Checco Zalone. I cannot speak to his talent, or even how funny he is, as his work rarely leaves Italy. However, he is apparently single-handedly uniting the country, at least based on box office figures.

His latest film, Sun in Buckets just set a new opening weekend record at the Italian box office, pulling in $25 million. This would be a respectable opening for a slow week in the U.S.! But, Italy is, yes, much smaller than the U.S., and this is very impressive. Now, during its second week out, the film is up to $46 million, and it looks like it will soon take the record for highest domestic gross of all time.

What's more, the aforementioned record is currently held by... Zalone's last movie, What a Beautiful Day! Sun in Buckets is, as you may have guessed from the photo, a silly comedy. It concerns a broke father who tries to plan the perfect vacation for his son without spending any money -- a plot which, sadly, probably hits close to home for too many people in the country right now. In any case, Italian ScreenAnarchy readers are invited to chime in. Is this guy the real deal? Should we expect momentary world domination a la Roberto Benigni in the near future? Or is this brand of silliness strictly Italian?

Meanwhile, German and Austrian audience flocked to their own new hit comedy, entitled Fuck you, Goethe!. With such a great title, I couldn't bring myself to look up the plot synopsis. I invite you all to use your imagination... or look it up yourselves.

Not too many surprises throughout the rest of Europe. Thor opened and reigned in Portugal, Poland and Spain. Gravity did the same in Denmark and the U.K. -- but not in Norway! There, a family animated film called Solan og Ludvig: Jul i Flaklypa beat out the space drama with $1.9 million, compared to $0.4 million. Also, while The Keeper of Lost Causes isn't dominating in Denmark anymore, it's still going strong at number three. It's total take so far is a very impressive $9.7 million.

Do you feel this content is inappropriate or infringes upon your rights? Click here to report it, or see our DMCA policy.
Checco ZaloneCite du CinemaEuro BeatEuropean Box OfficeEuropean Film NewsLuc BessonRome Film FestivalSole a catinelle