Review: GLORIA, A Joyful, Tragi-Comic Reminder To Keep On Truckin' 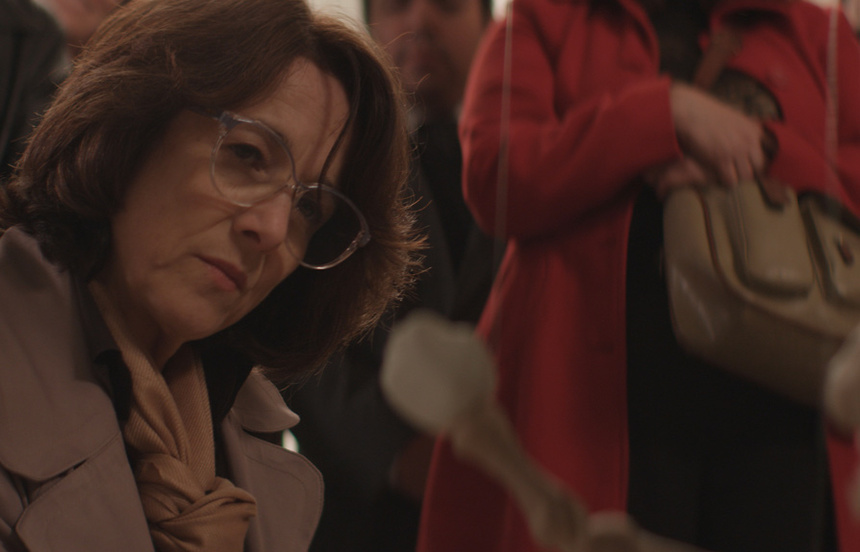 Gloria is a hilarious, honest Chilean character study of a fairly normal woman. By "fairly normal," however, I don't mean boring, because, if you really dig deep with people, no one is actually boring, despite what movies would sometimes lead us to believe.

The titular protagonist of Gloria certainly has her share of problems -- to start with, she's fifty-eight and divorced, her daughter is pregnant and about to move to Sweden with her boyfriend, who's a bit of a doofus, and her upstairs neighbor is having constant freak outs that wake her up in the middle of the night.

But you know what? Gloria is a smart, strong, well-adjusted human being and she's not knocked down so easily. And, at the halfway point or so of the movie, when you realize how utterly charmed and engrossed you are with it, perhaps you'll also realize that one of the reasons for this reaction is that female-centric comedy-dramas rarely feature this type of character.

To start with, the fact that she's a divorcee, in movie-terms, almost inherently implies a desperate character looking for love in all the wrong places, freaking out that she's going to die alone. Again, thanks to shitty movies, we all know that being single is the worst thing that can ever happen to a middle-class woman.

But as we meet Gloria, she's doing alright on her own. She's got a decent relationship with her kids, she sings in the car on the way to work, and she goes dancing alone once a week or so -- and for pleasure, not self-pity! She's got some regrets, some melancholy moments, but that's life, and she's not whining about it.

Neither is she determinedly single and bitter at men, as evidenced by a joyful, unexpected one night stand early in the film. Soon though, the man from this tryst calls to say he can't stop thinking about her, which makes perfect sense, because Gloria is awesome. Most of the movie concerns the way that the relationship between Gloria and the man plays out -- which is both subtle and unexpected -- combined with the peripheral family, aging and life problems with which most of us are familiar. 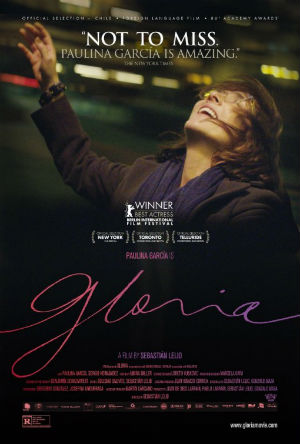 Again, we've seen movies about these things before, but rarely with such a skillful combination of humor, honesty and tragedy, and rarely with such a compelling, believable character. Much credit then, to lead actress Paulina Garcia, who gives a radiant, seemingly-effortless performance that communicates overwhelming emotions without ever resorting to scenery-chewing, histrionics or simply staring blankly into the distance (of which I've seen far too much recently).

Co-writer/director Sebastian Lelio also deserves much praise. Tragedy and comedy co-exist almost constantly in life, but capturing the two together onscreen without getting overly-sentimental or manipulative is still a feat that few pull off. Weaving those elements into a genuinely uplifting, crowd-pleasing film that doesn't feel phony is even more difficult.

But Lelio wisely trusts his material, his actors and his instincts, telling the story with a lively, observational style that keeps focus on the subtle emotional shifts of the characters. Soon, what at first seemed like an enjoyably modest slice of life piece transitions into perhaps one of the most finely-crafted crowd-pleasers I've seen in years. The rapturous applause from the audience 3/4 of the way through the film, then again at the end, seemed to corroborate my opinion on this matter.

Look, I know a film about the trials and tribulations of a 58-year-old divorcee is a tough sell on paper, but it's rare to find a film that explores the melancholy and disappointing aspects of life so expertly, then still manages to leave you feeling like it's all worth it. Take someone you love, or go alone -- you'll leave with a smile on your face regardless.

Review originally published in slightly different form during the Berlinale in February 2013. The film opens in select theaters in the U.S. on Friday, January 24 via Roadside Attractions. Visit the official U.S. site for more information.