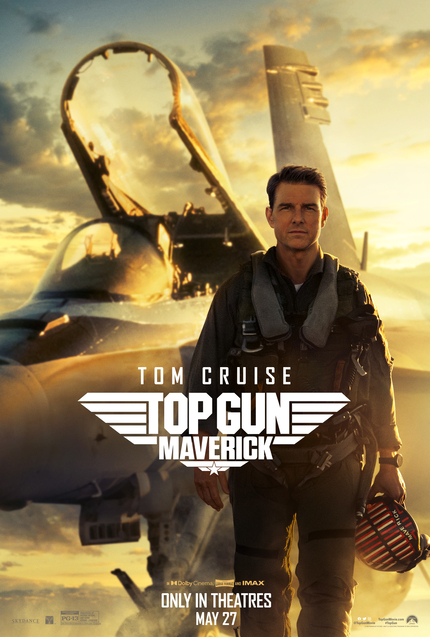 Top Gun: Maverick manages a minor miracle, a legacy sequel over thirty years down the road that actually meets – or maybe even exceeds – the standard of the film it’s following. The original Top Gun wasn’t Tom Cruise’s first hit, but it was the film that made him TOM CRUISE, and became a generation defining action classic.

The appropriately name hot-shot pilot, Maverick (Cruise) is forced to grow up and learn to work with a team he initially bucks at. When his partner, Goose (Anthony Edwards) dies in a mid-flight malfunction, Maverick loses all sense of direction before finally coming through in the end to make friends with his biggest rival, Iceman (Val Kilmer). Mav lives a little, he loves a little, and in the end decides to come back to the Top Gun academy as an instructor, but that was thirty-five years ago.

Top Gun: Maverick picks up decades later, a lot has happened in the interim, and as life often does, it’s thrown Maverick a series of curveballs, some he hit, a lot he whiffed. No longer an instructor at Top Gun – he was never really built for that life – he’s now the military’s top test pilot, that is until he’s called back to the old alma mater to train a crew of young pilots to perform an impossible mission and take out an enemy target that is virtually impenetrable, that is, unless you’re Maverick.

Among the refreshingly diverse crew of flying aces is Goose’s son, Rooster (Miles Teller), who holds multiple grudges against Maverick, and has a chip on his shoulder the size of an aircraft carrier. But hey, so does everyone else in this class of pilots, they are all the best at what they do, and they will have to learn to work as a team if any of them is going to succeed in this mission, let alone come back alive.

That leads us to the flying, and holy hell if this isn’t some of the most exciting aerial footage you’ll ever see. Never one to back down from an opportunity to nearly kill himself, Cruise and Teller truly deliver the thrills in Top Gun: Maverick’s numerous training and dogfighting sequences. If you thought the original film was exciting, gird your loins, because you’re about to experience G-forces you’ve never encountered on the big screen.

With a full generation’s gap between this film and the last, there was a lot of room to fumble the ball here, but writers Ehren Kruger, Christopher McQuarrie, and Eric Warren Singer really nail the storytelling element of this latest chapter of the Top Gun Story. Yes, Maverick jettisons a lot of the characters and stories of the first film, but who among us can say that we’re still the same person after thirty years? People move on, have new lives, new adventures, suffer new losses, and Top Gun: Maverick respects and incorporates that in a way that is respectful of the characters we love without feeling beholden to a story that’s already been told.

The introductions of Rooster and the rest of the flight crew feels very in line with the boisterous times we had with Mav, Goose, Iceman, and Hollywood back in the say. The addition of a new(ish) love interest in Penny (Jennifer Connelly) and her daughter feels only natural and not forced. Admiral Cyclone (Jon Hamm) plays a perfectly stoic foil to Maverick’s still-impetuous-after-all-these-years hot head, giving Cruise an authority to buck in the most charming way possible. It’s rock solid, exciting blockbuster filmmaking that demands little of its audience, but rewards them handsomely all the same.

With the streaming versus big screen wars that have been raging for years, but really intensely since the pandemic shut down theaters two years ago, there’s be a back and forth about whether the cinema experience is really all that different from seeing a film at home on a good system. Two films have left that argument in the dust in 2022, S.S. Rajamouli’s period action masterpiece RRR, and Top Gun: Maverick. There’s no two ways about it, Maverick was made for the biggest, loudest theater you can find. The aerial stunts are magnificent and undeniably thrilling, the sound design and classic soundtrack will shake the pillars of heaven, and that’s something you just can’t experience without a massive screen enveloping you and putting the audience in the cockpit. Top Gun: Maverick is aces.