Tilda Swinton stars in a new film by Apichatpong Weerasethakul. As with the Thai auteur's other films, watching it is like sleepwalking through unfamiliar territory. 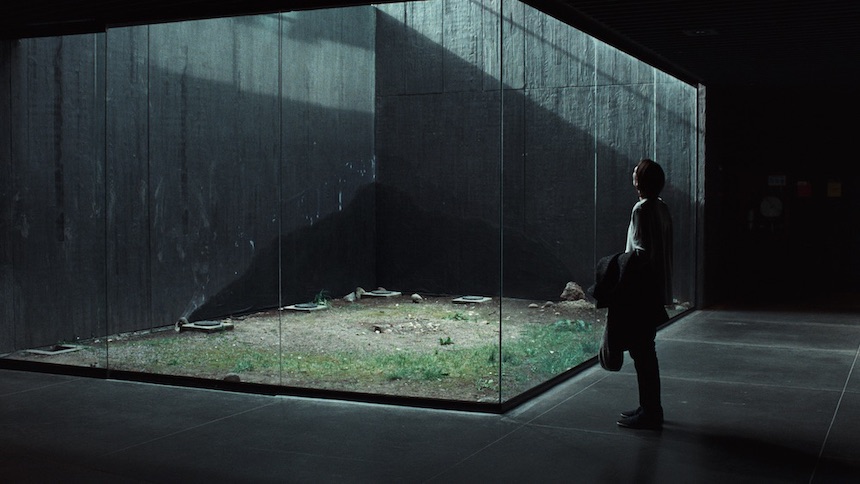 A long-awaited new feature film by Thai auteur Apichatpong Weersethakul, his first since Cemetery of Splendour in 2015, Memoria is a major departure from the rest of his filmography in many ways.

It's the first feature shot outside his home country and not in his native language. The film takes place in Colombia and stars Tilda Swinton, along with Daniel Jimenéz Cacho (Zama), Jeanne Balibar and a large Colombian cast. The dialog is mostly in Spanish. And notably, not that sound wasn't important in his previous work, but the sonic-scape in this film takes the center stage and plays a pivotal role as a character of its own.

But as always with Weerastakul's other films, watching Memoria is like sleepwalking through an unfamiliar territory. It's like a lucid dream; you are not quite sure if you are awake or dreaming. This film, for me, in a darkened theater, provides the best kind of film-watching experience. Let the film wash over you. It's a liberating feeling.

Jessica (Tilda Swinton) is awakened in the middle of the night by a short, loud thud, a metallic bang that doesn't sound like anything she has ever heard before. Her friend Juan (Jimenéz Catcho), a professor of music at Bogota University, tells her that there has been no construction going on next door to the house where she is staying.

Deeply alarmed, she seeks out a doctor for an explanation. She tells her, 'Maybe it's the altitude of Bogota. Maybe it's stress. Sometimes it make your ear pop.' Jessica protests that it was not a mere 'pop.'

She meets with a sound engineer named Hérnan (Juan Pablo Urrego), a student of Juan, to replicate the sound that she heard. He offers examples of sound clips for her to hear. This amusing scene, where the sound engineer is trying to create what Jessica remembers in her head, is quite revealing and says much about the collaborative process that is filmmaking, and art in general.

All artists want to express themselves through their art, making the intangible tangible. And it is difficult to express things in your head to another person sometimes. Ironically for Jessica and Hérnan, they find something similar that already exists, in a movie sound-effects library, among many funny sound clip names like Short Punch to the Gut, etc. Hérnan can now just tweak that sound until it is closer to the sound Jessica heard that night.

Hérnan shows great interest in Jessica as she shops for a refrigerator unit for her orchids in the bustling Bogotá streets. Is he hitting on her? Or do they have some other connections? We don't exactly know why Jessica is there in Colombia or how long she has been there. We don't know her profession. There are skeletal threads about her life but nothing really pans out definitely. She is a mystery to us and to Colombians as the city of Bogota and the Colombian countryside are a mystery to her.

Weerasethakul toys with the idea of body memories, the trauma rippling through sound. A mechanical thud might sound like a mortar shell or bomb exploding or a gunshot to someone. It is illustrated in the middle of the busy Bogota street crosswalk - the same loud mechanical thud is heard and we see one man ducking and scampering away. Colombia has been experiencing relative peace and prosperity in recent years after decades of state- and narco-sponsored violence. But the trauma of the checkered national past is just underneath the surface and can be triggered easily.

The remnants of the violent past have always been present in Weerasethakul's work, as the titular character in Uncle Boonmee talked about killing communists in his days in the army or soldiers waging war in their sleep in Cemetery of Splendour, to just name a few. With Memoria, he is mapping the ripples of violence more explicitly through sound and shows the universality of past trauma. In this way, the film is not all that different than what he always has shown in his films.

Things are getting jumbled up. In the beginning, it was Jessica's sister in the hospital, going in and out of consciousness, saying nonsensical things. Now, in normal conversations at a dinner party, it's Jessica who misremembers things. Who's dreaming who? And the metallic thud continues, disrupting the otherwise tranquil state of things.

Jessica travels to the jungle and encounters a man living alone in a remote area. He is scaling fish with an ancient tool. His name happens to be Hérnan (Elkin Díaz) and they spend long silences and long conversations together. Past is present and present is past; time is relative in their philosophical exchanges. Rain clouds pass by, bringing heavy rainfalls, drowning out all the other noises.

Memoria, with languid long takes and tranquil setting, is a deeply contemplative film that offers you to experience a dreamscape in a place strange yet familiar, where you can embrace the mysteries of life.

There’s been a lot of talk after Neon, the film’s distributor, with the blessings of the filmmaker and its executive producer (Swinton), announced that there will only be a theatrical distribution of Memoria and no streaming platform or DVD release. It will be a traveling roadshow from city to city, like the olden times,with one screening at a time for a week. I have very conflicting feelings about their strategy.

On the one hand, not offering streaming or home video seems extremely elitist and undemocratic for those who don’t live near the cities the film is going to travel. But, as one of the lucky few who has experienced the film in a theater, I have to concede that only way to experience this masterpiece is in a theater on a big screen with a good sound system.

Do you feel this content is inappropriate or infringes upon your rights? Click here to report it, or see our DMCA policy.
Apichatpong WeerasethakulColombiaNew York Film FestivalThailandTilda SwintonElkin DíazJeanne BalibarDrama