Ewan McGregor returns to a galaxy far, far away. What did you expect? 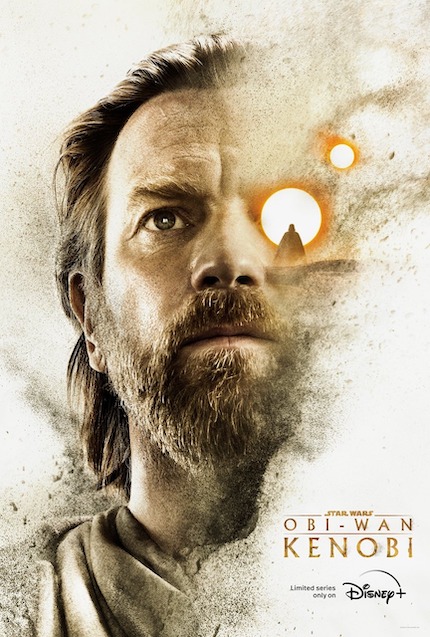 The trouble with prequels is that we know where they're heading.

The idea, perhaps first expressed in cinematic form with Richard Lester's Butch and Sundance: The Early Days (1979), is to explore how a character got to be so darned beloved: where they did get their start, what informed the development of their character and their story, and so forth.

In the opening moments of The Empire Strikes Back (1980), George Lucas informed audiences that his story began before Star Wars (1977). Those stories were eventually told by the filmmaker in his prequel trilogy (1999-2005), leaving the newly-born siblings Luke and Leia Skywalker separated and far, far away from each other.

But not too far. In Obi-Wan Kenobi, which could just have easily been titled Luke and Leia: The Early Days, we see the twins at the age of 10 and still carefully guarded by their families. Leia's parents don't do a very good job of guarding her, as she is soon kidnapped and held for ransom, leading Leia's adoptive father, Senator Bail Organa (Jimmy Smits), to find old Ben and make a request: "Help me, Obi-Wan Kenobi. You're my only hope."

Or words to that effect. In the ten years that have passed since the last prequel movie, Ben has grown increasingly disconsolate, watching Luke grow up with grumpy Uncle Owen (Joel Edgerton) and Aunt Beru, working in a factory to make a living, and hiding out from evil former Jedis turned Inquisitors, who are searching for The Last Jedi.

I'm not quite sure why, or perhaps my memory really is much worse than I can remember, but one Inquisitor is VERY SHOUTY. She strides around Tatooine, DEMANDING ANSWERS NOW, cutting off innocent old people's limbs, and generally being very annoying because SHE IS SO EVIL. Maybe she hasn't been sleeping very well for the past 10 years? Because I know I can get irritated and unreasonably nasty when I don't sleep very well, but at least I know better than to walk around with a lethal weapon at my side, ready to slice off limbs without a moment's hesitation.

Directed by Deborah Chow, the first two episodes certainly look good and move at a good clip. The action scenes are nicely choreographed, and the production design and effects are, as you might expect, top-notch.

Too bad about the prequel-itis, but I can't imagine anyone who watches Obi-Wan Kenobi cares that they know where the show is heading. After all, that hasn't kept me from rewatching the original trilogy umpteen times. And it's good to see Ewan McGregor strap on his Jedi powers once again.

Even so, the first two episodes felt like I'd seen them before. Perhaps a long time ago.

Do you feel this content is inappropriate or infringes upon your rights? Click here to report it, or see our DMCA policy.
Deborah ChowEwan McGregorStar WarsUS